During the Asian sessions, Crude oil continues to trade sideways despite the EIA report showed a build up of 6.2 million barrels. It was supposed to be bearish. What’s going on?

According to the Energy Information Administration (EIA) report, it recorded an inventory build of 6.2 million barrels for the previous week followed by a build of 2.2 million barrels. Yup, Oil was supposed to drop on the news, but it surprisingly remained supported above $67 and failed to break below.

Perhaps, the only reason behind crude oil bullishness is the weaker dollar. As we discussed in our gold’s forecast, the U.S. dollar initially dips on 1.75% Fed fund rate but soon recovered to match inflation expectations. Hence, the commodity market gained support. 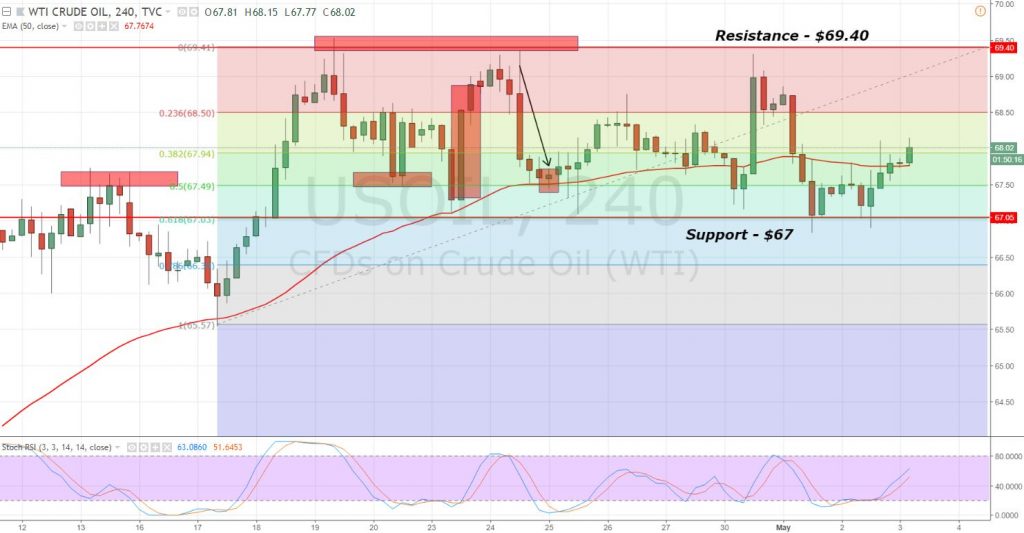 At the moment, crude oil is still holding above a solid support level of $67. Crude oil is facing a tough time in breaking below this level since past week.  It’s likely to trade in the same range of $67 – $69 and we can stillenjoy the choppiness in trading this commodity.

Speaking about momentum indicators, the RSI and Stochastic are crossing above 50, signaling bullish bias of investors.