Forex Signals US Session Brief, May 14 – The Pullback Isn’t Over Yet for the USD - Forex News by FX Leaders 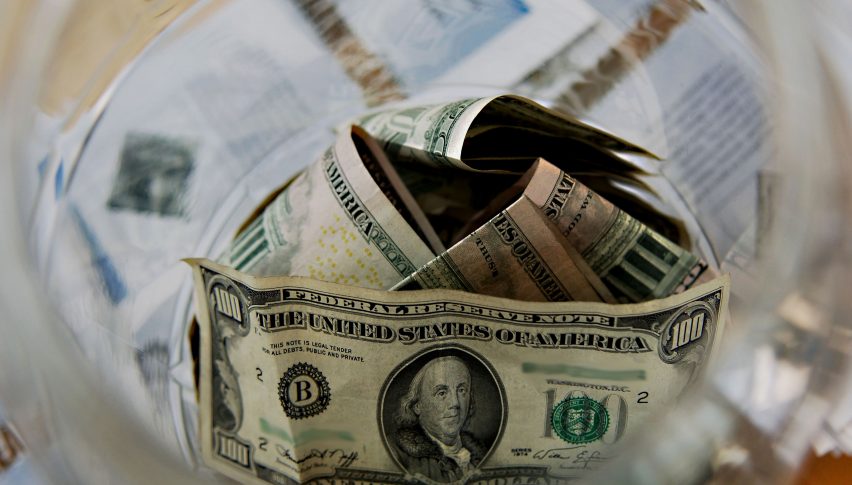 Forex Signals US Session Brief, May 14 – The Pullback Isn’t Over Yet for the USD

The Buck seems ill at the moment, but it will be over soon. Get ready

The US Dollar turned bullish a few weeks ago and it made quite the comeback. But last week, the time came for a decent pullback lower for the Buck. The retrace started on Wednesday and it continued until the end of the week. You might have thought that the USD bulls would return coming Monday, but the pullback is stretching further today.

The USD Is Still Retracing but It Might Be Over Soon

Last Wednesday, we saw major forex pairs make a doji candlestick on the daily chart. The US Dollar had been making some massive gains in previous weeks, but the doji signaled a possible reversal. That’s what these sorts of candlesticks do, they signal reversals.

There was a doji in EUR/USD, which we will look further below. There was also a doji in GBP/USD and AUD/USD. USD/CAD didn’t form a doji or other reversing candlesticks, but the situation has been a bit different on this pair since trump scrapped the Iran nuclear deal. Oil prices have been climbing higher after that and that has been the main reason for the reverse of this forex pair.

We can’t blame the reverse in other major pairs on other factors. It has been the USD retracing lower after a major bullish move in the previous weeks. AUD/USD has climbed around 150 pips during this time. The stochastic indicator is almost overbought and tomorrow it will surely be overbought when today’s candlestick closes.

The 20 SMA is also catching up with the price on the daily chart. Besides that, this pair is not making new highs today, so there is a chance that the pullback might be over, although it is not over until the old lady sings. The old lady sings when the USD starts reversing back up again. I have a feeling that the retrace will be over tomorrow. Most majors are almost overbought today and tomorrow they will surely be overbought on the daily chart, that’s why I expect a turnaround in the forex market soon.

As mentioned above, the Buck is retracing lower, which means that EUR/USD is making a pullback higher after a strong bearish move in the previous three weeks. But, this pullback might be coming to an end soon.

As you can see from the daily chart below, this forex pair made a doji on Wednesday last week and it started reversing higher at 1.1820s. Now, this pair is trading just below 1.20, which means a 180 pip climb over the past few days.

That would be enough for this retrace higher, but the stochastic indicator is not overbought yet. So, it will have to go on for a bit longer, according to the forex technical textbook. The problem with us as forex traders is to figure out where this pullback will end for EUR/USD.

We have three major levels winking at us from above. The first level comes at 1.20. This is a big round level and we are trading just below it at the moment. This could be the reversing level if we didn’t have the daily chart in front of us. But, the upside has some more room to run on the daily chart, so 1.20 might not be strong enough to reverse this pair back down.

Next comes 1.21. That level has provided resistance for this pair on the way up so it might do the same again now. By the time we get there if we do, stochastic will be overbought so a reverse up there makes sense.

Further up, we have a major support level at 1.22. This level was the bottom of the range which lasted for a few months so that’s the ultimate level for me. If EUR/USD climbs up there, I will definitely open a long term sell forex signal around there. But as we said, EUR/USD might make a turnaround lower, so we will follow the price action today and tomorrow. 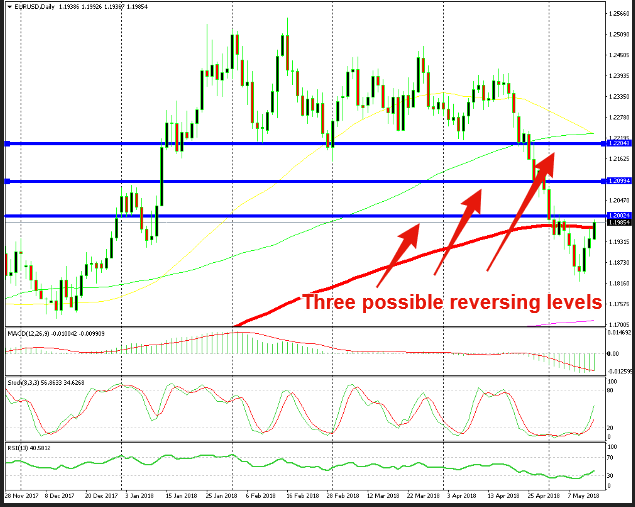 The three amigos are ready for a fight 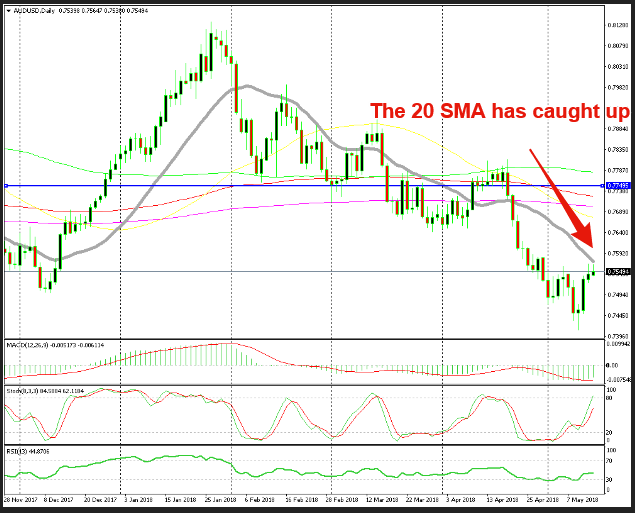 The retrace higher in AUD/USD seems almost complete. Stochastic is almost overbought and the 20 SMA (grey) has caught up with the price. Besides, the buyers don’t seem able to push higher today, so perhaps they are already exhausted. Therefore, this might be a good place to sell AUD/USD.

The economic news of today are very light, so it is the market sentiment and the technicals which will drive the forex market around. In the evening, FED member Mester will be holding a speech and he might shake things up a bit for the Buck. That might be the event which actually ends the USD pullback, which my colleague Shain will cover, so stay tuned with us to see if he will move the markets.