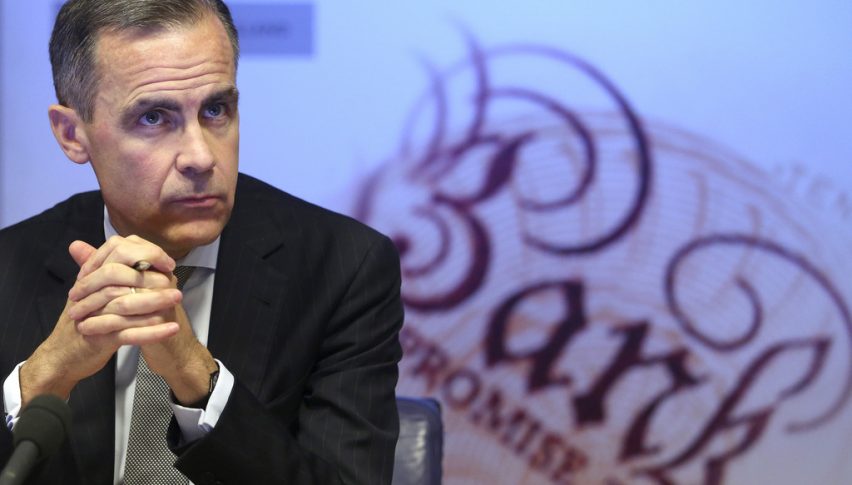 Forex Signals US Session Brief, May 22 – The BOE Turns Dovish, Same As Ethereum

The USD made a turnaround yesterday after last week’s strong uptrend which stretched yesterday in the morning too. That turnaround turned out to be a violent pullback for the Buck and it is continuing today as well. The BOE tried to steal the show this morning with the testimony on inflation and economic projections, but the market is closely focused on the USD at the moment.

The Bank of England (BOE) Chairman Mark Carney and the rest of the members were testifying in front of the Treasury Committee today on inflation which also includes economic projections. Many forex traders were expecting to hear some clear ideas about the interest rate path and about the British economy in general.

But, the comments on monetary policy were cautious. Many analysts took this report as wait-and-see, although, my opinion is that the comments today from the BOE were dovish. BOE members Ramsden and Saunders said that they are not fond of a “detailed rate hike path”. If anyone was hoping for an exact time of the next rate hike from the BOE, they won’t get it. The BOE refuses to say anything and we know what that means. It means that we must forget about rate hikes now.

The other BOE member Vlieghe aid that the rate hikes will be very gradual in the coming years, but, only if Brexit risk wears off and the economy improves. Well, the UK economy has turned sour recently and Brexit will remain a headache for the British economy and financial markets for years and Vlieghe knows that (or does he), so there goes another dovish signal. Vlieghe also said that “a rate hike would have weakened the economy considerably”. Ok, this was a stronger signal so forget about ínterest rate hikes anytime soon.

The main man Mark Carney accepted that the economy has softened, which goes in opposite direction with the BOE forecasts in February. The BOE sounded surprisingly hawkish in February, but now it is turning dovish, so the February meeting was a disaster. This, as well as other failures to forecast and affect the economy, might be the reasons why Carney has decided to leave his job as the BOE Chairman in June 2019. Andrew Bailey and Ben Broadbent are the favorites of the bookies in London for Carney’s job.

Ethereum Traders Are Putting Their trust on Moving Averages

In yesterday’s midday brief, I covered the weekly Bitcoin chart. That chart was heading down with stochastic turning bearish a couple of weeks ago, but the weekly candlestick from last week closed as a pin. The pin is a reversing signal, which means that Bitcoin looked like it was going to turn bullish, according to the candlestick trading strategies.

But, the bearish price action is continuing today too. Bitcoin is slipping lower today, albeit slowly. The rest of the cryptocurrency market is following suit and Ethereum has been moving lower too. Ethereum has lost around $20 so far today which means losing around 3% of its value.

These two indicators have been holding Ethereum up for quite some time. The chart shows the picture of the last 2-3 weeks, but these two MAs have been providing support for longer than that if you scroll your chart back. The 100 SMA is already providing support and the 200 SMA is waiting below just in case. The week is still young, so we might see a reversal in the coming days. Although, the price must not break below last week’s low, otherwise, the reversal chart setup as indicated by last week’s candlestick will be ruined. 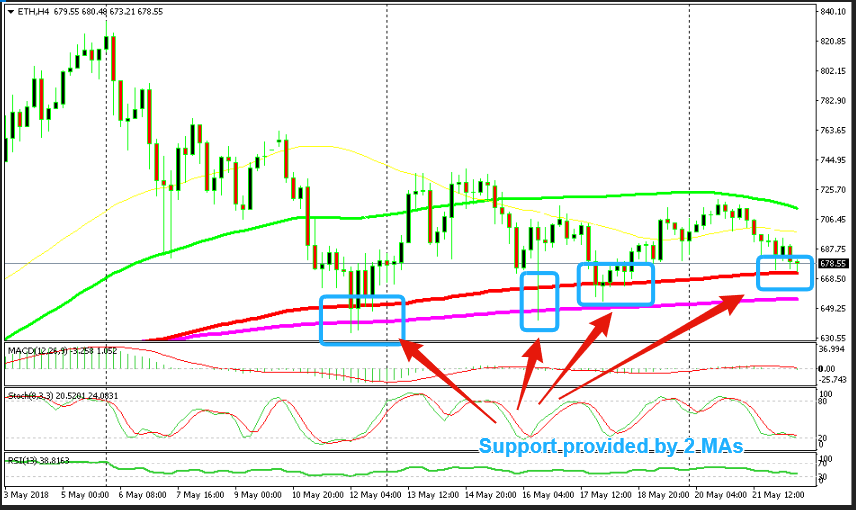 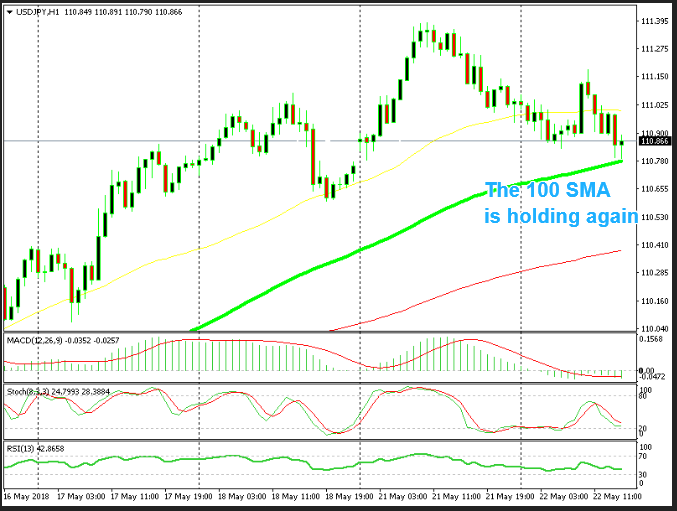 We already have a buy forex signal in this pair. It hasn’t been a good trade because the of the strong USD pullback since midday yesterday. But, the h1 chart s severely oversold and the H4 chart just became oversold. The 100 SMA (green) is also providing support, so it seems like USD/JPY might reverse back up now, fingers crossed.

The BOE testimony is over now and it seems like GBP/USD is turning bearish. So, our sell signal in this looks good at the moment. We are getting back on track with forex signal, but still have a lot to cover and make up for. Let’s post this midday forex brief quickly and concentrate on signals now.