Forex Signals US Session Brief, May 23 – Financial Markets Are in the Middle of a Panic Period, Hence the Snowball Up and Down - Forex News by FX Leaders 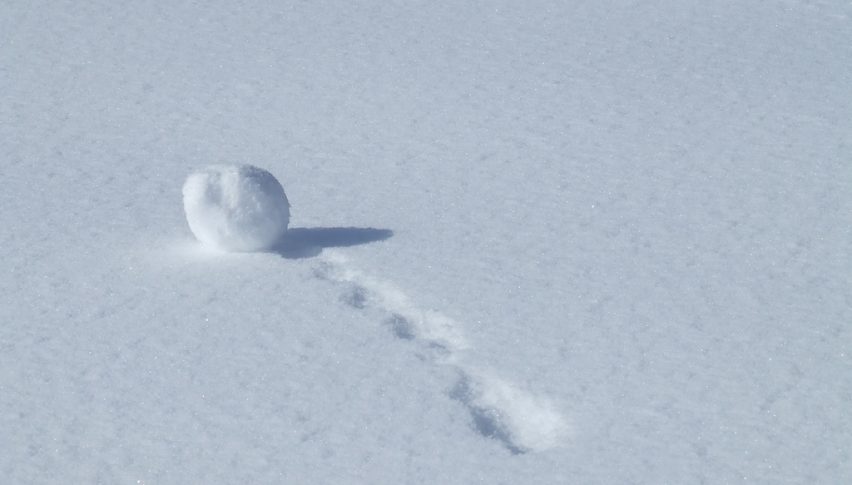 Forex Signals US Session Brief, May 23 – Financial Markets Are in the Middle of a Panic Period, Hence the Snowball Up and Down

The markets have been behaving really strange in the last two days. On Monday the risk appetite improved and it was really strong yesterday. The commodity currencies gained around 100 pips. Today, everything has turned upside-down and the cash is flowing out of risk assets and into safe haven currencies. What is going on?

The Markets Are Under the Snowball Effect  This Week

Yesterday, everyone was feeling like taking a risk or two. Risk assets such as commodity currencies and Oil were surging. Oil climbed around $1.60 but the reverse back down was just as quick. Now, oil prices are more than a dollar lower.

Commodity currencies are about a dollar lower too, with the CAD which is 150 pips lower, meaning that USD/CAD is 150 pips higher from the lows yesterday. The first thing that you spot when you see the USD/CAD chart is the quick fall in the first few session of the week and the quick jump since yesterday afternoon. There were no bumps in the way so this pair hasn’t taken any prisoners, both on the way down and on the way up. This sort of price action shows how hectic the markets have been behaving this week.

The risk sentiment was on yesterday and the commodity dollars surged. Today, the risk sentiment has deteriorated and the safe haven assets are in demand.  EUR/CHF has taken another deep dive, losing nearly 200 pips since midday yesterday. USD/JPY lost around 150 pips today and today’s candlestick could be the biggest bearish daily candlestick in more than a year.

That shows the state the market is in right now and how bad the sentiment is in all financial markets. Yes sure, the economic data from the Eurozone has been softer than expected but the European economy is holding up well. The UK inflation declined again, but it is still above 2%. The meeting between Donald Trump and the North Korean leader has been put on hold, but that’s nothing new, we are used to this now.

So, to me it is just the market snowballing.

There have been quite a lot of events today related to forex. We have seen central bankers, politicians and a considerable amount of economic data being released. Let’s just start from the latest.

So, there was a lot of talk for the markets to chew on today and some major economic data. Although, the market sentiment is responsible for the moves today, so beware the snowball effect. 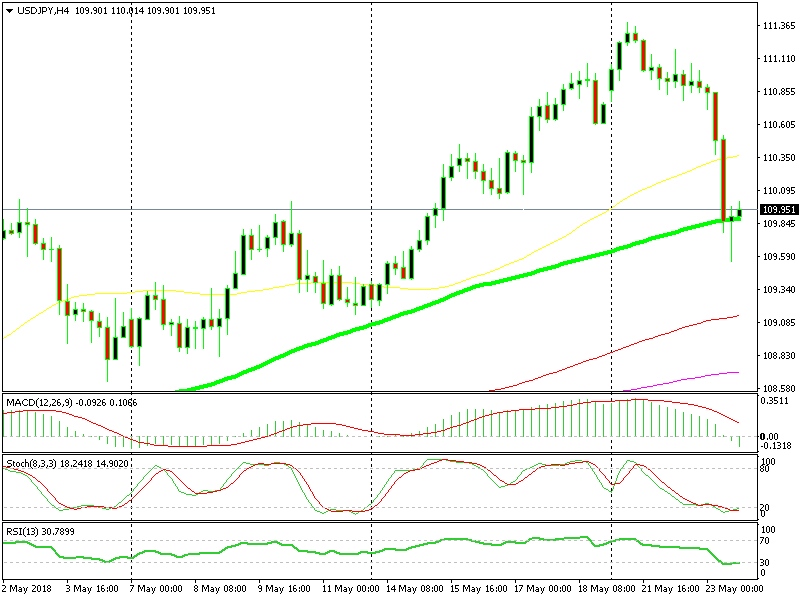 We opened a buy forex signal a few hours ago when the price was at the 100 SMA (green). USD/JPY dived to 109.50s, but it has reversed back up now and the chart looks like it is forming a bullish reversal now. The previous H4 candlestick formed a doji which is a reversing signal and the 100 is still in play. We are about 20 pips in profit now, so this forex trade looks good.

The markets have been hectic today, but they have calmed somewhat in the last few hours. The US traders have already started trading, but I don’t expect a lot of price action this afternoon until the evening when the FED releases the FOMC minutes from their last meeting.