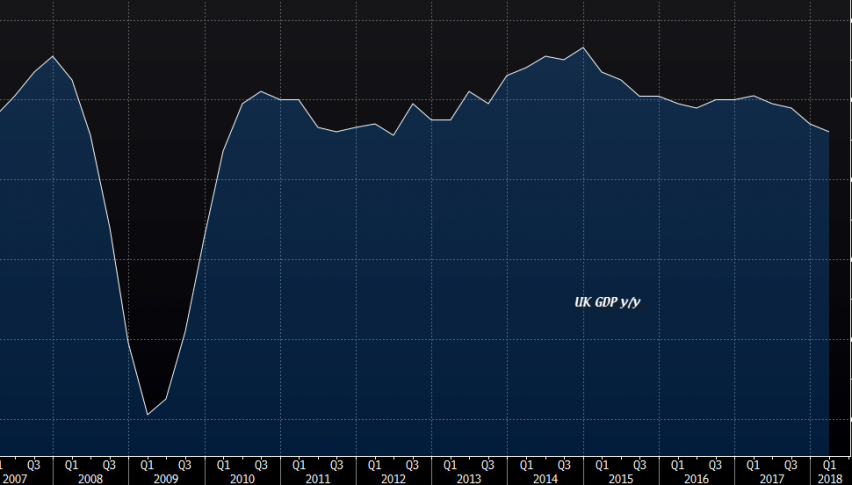 The UK GDP is diving, so is the economy

The UK Q1 second estimate GDP report was just released. The main number came as expected at 0.1%, which in itself is a bad number, despite coming as expected. The economy is growing at 0.1% in three months while inflation grows at around 0.6%. The calculations don’t seem right for the ordinary Brit.

But that’s just how things look from a quick glance. If you look deeper into the report, things are even worse. The GDP is tanking, so this is the lowest reading in years.

Again, this is not all. Exports fell by 0.5% while expectations were for a growth of 0.4%. Imports were expected to grow by 0.1% but they also fell, by 0.6%. As you can see, all components of the UK Q1 GDP report were horrible.

Governments spending grew by 0.5%, but business investment shrank by 0.2% against a 0.3% growth expected. Government spending isn’t going to grow the economy in the long run. So, it is a terrible report all over. The winter weather might have had a minor effect, but this is just the Brexit process having its say. So long for the positive UK retail sales yesterday. I did say that only one flower doesn’t bring spring.

GBP/USD slipped lower after the report, but it is reversing back up now. Although, this is a USD move because the Buck is reversing and losing ground against all major currencies. Nonetheless, I see this as a good opportunity for GBP/USD sellers. The economic situation is deteriorating in Britain and the Pound is feeling it. So, when this USD retrace is over, I will try to sell GBP/USD.