Forex Signals US Session Brief, May 28 – US and UK Are Off, But Politics Keep the Markets Moving - Forex News by FX Leaders 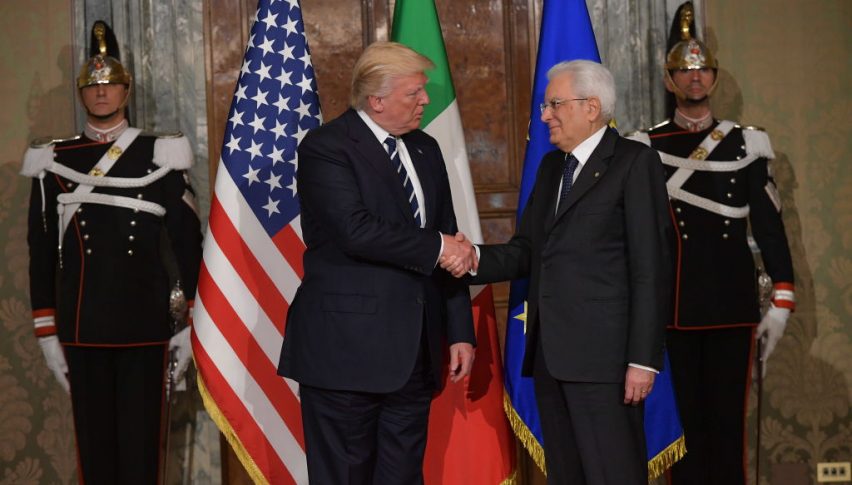 Forex Signals US Session Brief, May 28 – US and UK Are Off, But Politics Keep the Markets Moving

UK and the US markets are closed today for the last spring weekend. But, the Italians are keeping us entertained with their politics and the markets are moving. Donald Trump was a factor again in the forex markets today as his tweets implied that the meeting with North Korea is actually happening. The economic calendar is empty today, so let’s have a look at other market factors today.

We opened a sell forex signal in WTI Crude Oil earlier today which just closed in profit. Although, I still see some more downside potential. The pullback up looked complete when we sold Oil since the stochastic indicator reached overbought levels. The 20 SMA was also providing resistance. The price has turned back down now and we just booked profit on that Oil signal.

As we said above, there is no economic data in the calendar today until late in the evening. So, the sentiment will run the financial markets today and the sentiment is not positive. Oil prices still look very bearish and we might try to open another sell signal here, so hang around guys.