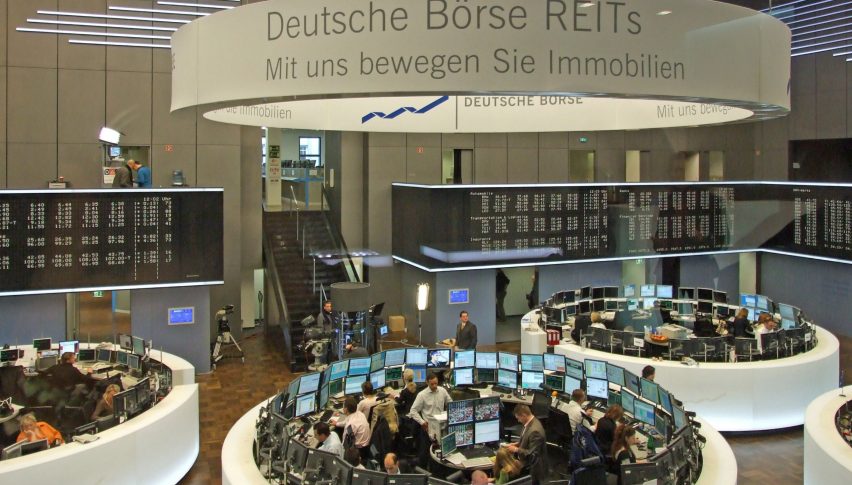 The trading office has been pretty quiet today

Yesterday the markets were more relaxed after three days of extreme price action. Today the markets seem even more relaxed. All forex majors have traded in quiet ranges apart from GBP pairs. GBP/USD has gained around 80 pips so far. The UK came above expectations. We have seen a number of disappointing economic reports from the UK, so today’s manufacturing report has improved the sentiment for this currency.

The sentiment has improved across the markets to be honest. The safe havens are pulling back as EUR/CHF and USD/JPY climb higher. Safe havens were on a strong bullish trend this week, meaning these two forex pair were in a freefall. But today we see that they have reversed so the market sentiment is back to slightly positive.

The reverse has already started

We sold EUR/USD a while ago at 1.1685 when the price was trading below the 100 SMA (red). It moved higher above 1.17 earlier today, but the price formed an upside down hammer and the stochastic became overbought on the H1 chart. That looked like a nice bearish chart setup and the price has already started to reverse down now.

The US employment report just came out and it is another great one. Unemployment declined again while wages picked up nicely. Let’s get this update posted and take a better look at that report. We just cashed in on our EUR/USD signal.