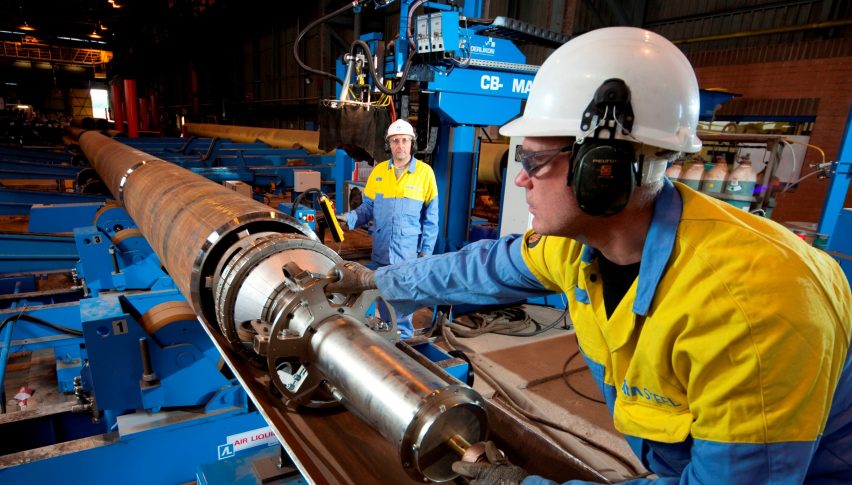 The attention was on the G7 summit over the weekend. The main thing which took the market’s attention during the summit was, of course, Donald Trump. He mocked the Canadian PM Trudeau, terming him a weak leader and, as a result, USD/CAD moved 100 pips higher as soon as the forex market opened last night.

This morning, the attention turned into the European manufacturing data. The Italian and the UK manufacturing reports were released in the European session and they were pretty horrible in my opinion. Not only did they miss expectations, but they also contracted this month. The European and the UK economies softened in Q1 but economists were expecting an improvement in Q2. Well, considering the recent data from the Eurozone and the UK, it seems like the economists at the respective central banks will have to wait for Q3 to see some positive numbers.

Italian Manufacturing Production MoM – The manufacturing production increased by 1.2% last month. That looked promising after two months of declines. This month it was expected at -0.7%, so the rough times weren’t over. The Italian industrial production declined by 1.2% instead, which wiped out last month’s gains. Today’s report brings Italian manufacturing back into negative territory, so things are looking pretty bad in Italy and politics are making them worse.

UK Industrial Production – The British industrial production was expected to grow by 0.1% this time, same as last month. It declined by 0.8% which makes it another horrible economic piece of data coming out of the UK.

EU Tariffs on the US to Begin in July 1st – Merkel’s spokesman Seibert commented earlier today that the EU is ready to take action as a counterattack on US steel and aluminum tariffs. The retaliatory tariffs are set to start on July 1st. Unless there are negotiations, the trade war will go on for quite some time, so be prepared for these sorts of comments.

UK NIESR GDP Estimate – The UK GDP was expected to grow by 0.3% in the period between March and May according to NIESR. The report was just released and it came at 0.2%. It’s a miss on expectations, but an increase from the previous three months which came at 0.1%. This is a positive report considering the negative economic numbers we have seen from the UK over the last several months.

New Zealand Electronic Card Sales – The debit and credit card purchases from New Zealand are to be released later in the evening. Last month, credit and debit card sales declined by 2.2%, while this month they are expected to grow by 1.2%. This will be a nice turnaround, but the effect of this data is not too strong on NZD pairs.

Last week we opened a buy forex signal on this pair which is still live. The sellers have tried the downside a few times today, but the 100 SMA is holding on the H4 chart. Also, the price is making higher lows, which is a bullish sign. The price was oversold a few hours ago and it is now turning up, so this signal looks good at the moment.

The price action in forex has been pretty quiet in the European session, besides GBP pairs which took a dive after the negative manufacturing report. The economic calendar is very light in the US session, so I don’t expect much volatility. Anyway, we have to keep an eye on Trump’s tweets just in case!