When Oil and Gold Correlate, Something Is Wrong - Forex News by FX Leaders 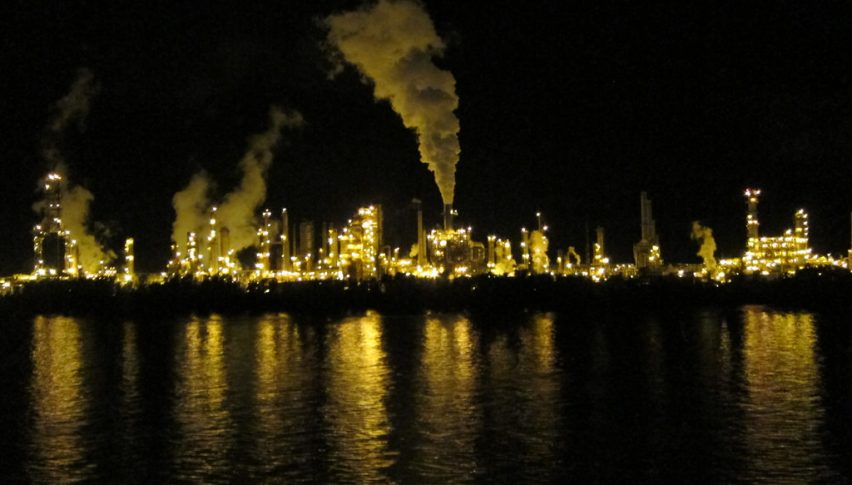 When Oil and Gold Correlate, Something Is Wrong

OPEC is poised to increase Oil output this week

On Friday we saw some strange price action. The price of WTI US oil fell nearly $3 in what seems to be a swan dive. Crude oil has been trading on a stable bullish trend for nearly two weeks, climbing nearly $3 higher during this time. But on Friday, something happened and oil gave back all the gains, closing where it started its climb two weeks ago.

My colleague Rowan posted a piece on oil earlier today since he lives in Australia and covers the Asian session. He highlighted a few reasons for this oil dive. The rollover from the July to the August contract and the OPEC meeting next week are among the reasons.

The market already knew that the OPEC meeting was coming up and oil prices reflected that back in late May when the prices declined from below $73 to $65.80s. Although, with the meeting approaching, I don’t rule out another last minute/week move. Perhaps, oil traders closed their long positions before the new week began where OPEC will meet in Vienna on 22-23 June.

Although, the main reason for this turnaround in oil prices on Friday for me was the excalation of the trade war. The US administration declared new tariffs on Chinese products which will be around $100 billion on Thursday. On Friday, China retaliated, announcing a 25% tariff on US auto and agricultural products. That would cost the US around $34 billion. Another announcement was made later on that day on chemicals, medical equipment and energy products, which will cost the US another $16 billion, so it goes to $50 billion in total.

The ascending bullish channel has been broken

At the same time, gold took a deep dive too, losing around $30. So, it is a $3 dive for oil and a $30 dive for gold. That seems a strange coincidence. What’s even stranger is the price action in gold and the US dollar. Usually, when the dollar climbs, oil falls. The problem is that the dollar climbed $3 (yet another coincidence) on Thursday but gold didn’t blink an eye, instead, gold ended the day higher.

On Friday, the price action in the forex market was minimal. But that didn’t stop oil and gold prices from tumbling lower. Numbers apart, the strangest thing here is the correlation between gold and oil. Oil and gold are two commodities which go in opposite direction. Oil is a risk asset, while gold is a safe haven asset. When oil goes down, gold is supposed to go up and vice versa.

The 200 SMA is supposed to turn into resistance now

So what happened on Friday?

Well, we cannot really give an answer to this question. The market doesn’t always make sense and you cannot always interpret the market. The oil move made sense since trade wars hurt economies, which decreases the demand for oil as a result. So, risk currencies take a beating when the market sentiment turns negative. In such times, gold rallies hard. But it didn’t on Friday, instead it dived dep.

So again, can we explain this?

No we can’t at the moment, not with the information we have right now. Perhaps more news will come out on Monday or as the week progresses. But until then, the most we can make of this strange correlation is to try and be careful when trading these two assets next week, particularly with gold. So, gold traders, beware next week, particularly on Monday.