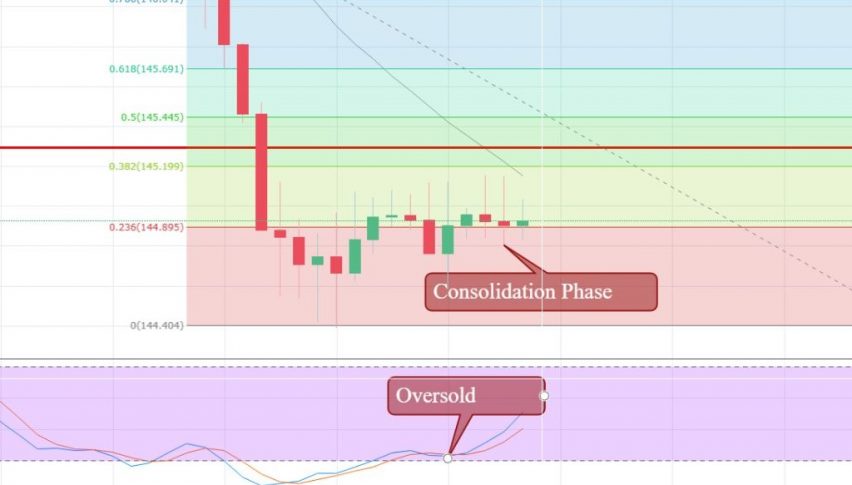 The GBP/JPY trades neutral and has entered into the narrow consolidative range. A couple of hours ago, we shared a forex trading signal on GBP/JPY to stay bullish above $145 to target 145.350. Is it worth keeping it now? Yes it is and here’s the reason…

The GBP/JPY is offering a pretty cool trade setup on the 2-hour chart. For instance, the cross pair has entered the oversold zone, signifying chances of correction. A number of doji and spinning top candles right above a strong support level of 144.450 are suggesting a neutral sentiment of bears. Particularly when these candles are followed by a strong bearish trend, these represent the bullish bias of investors.

However, the weak Sterling is a reason why the movement is bit slow. The Sterling is trading close to seven-month lows as Prime Minister Theresa May’s government faced another crunch vote on Brexit. The vote befalls at a time of rising traders’ nervousness that Brexit discussions could fail to reach an accord. Anyway, I’m still expecting a 50% Fibonacci retracement in GBP/JPY until 145.440.