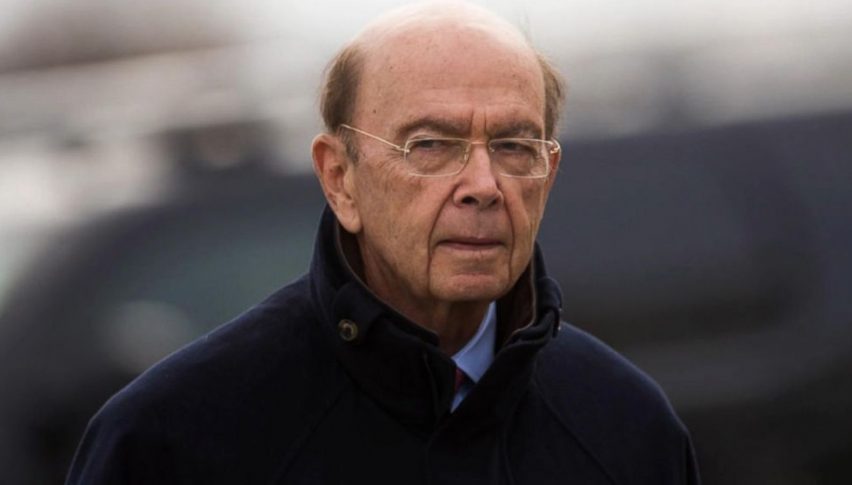 Only Trump can trust a face like that, or does he?

The US Commerce Secretary was out earlier speaking at a conference. He is thought to be behind Trump’s tariffs on America’s trading partners, particularly on China. The rest of the world, with China’s lead, is retaliating. So, Donald Trump is waging a trade war which might have already started to hurt the US economy.

But, listen to what he just said: the headline reads “Trump’s ultimate objective is to remove trade barriers”. Really? He also said that the US has to create an environment where it is difficult for its trading partners to keep tariffs high, instead of getting rid of them. Tariffs on steel and aluminium have modified the behavior of the partners and have induced international cooperation.

I will never understand some people whose actions and words are completely in opposite directions. What cooperation is he talking about? Isn’t the world being forced to team up against the US?

There’s more. The following comment was “other nations are spoiled on trade and now the game is over”. This doesn’t sound like cooperation to me. He also said that a tough trade stance doesn’t hurt the US economy. Well, the Philly FED manufacturing index took a dive today. Manufacturers know what’s coming and they don’t look too happy.

So, the US trade war will not help the US economy or any economy. There might be some positive numbers at first from certain industries such as the US steel and aluminium industry, but the impact is likely to be minimal for the broader US economy. Other sectors will suffer as the rest of the world increases tariffs for US products. To me this trade war seems more like a big mess that will spark another global economic crisis, even before many countries overcome the effects of the last crisis.

What Are Crypto Trading Signals?
8 months ago