Trade Is A Win-Win Situation, Trade War is A Lose-Lose Situation - Forex News by FX Leaders 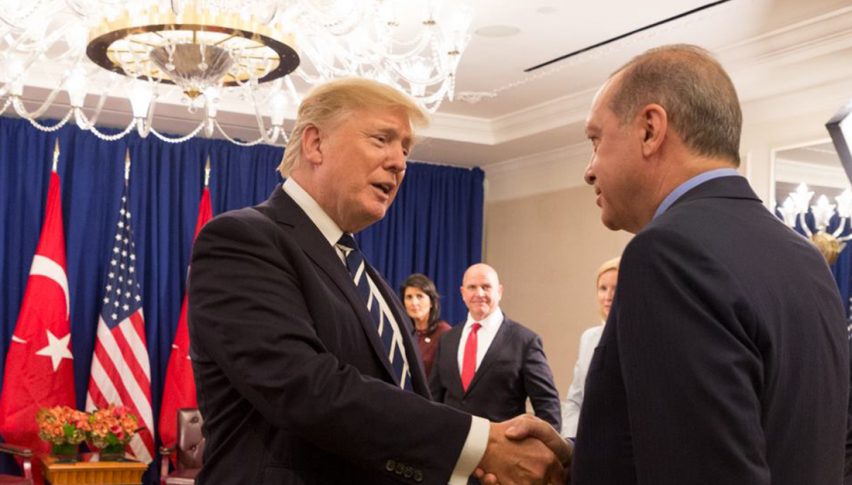 Trade Is A Win-Win Situation, Trade War is A Lose-Lose Situation

When Donald Trump was campaigning for the presidency of the US, the main slogan was “America First”. Many of the trading partners and long term allies of the US sort of agreed with this, every government has the right to put country and its people first. One of the main aspects of this slogan is the crackdown on mass migration, so that appealed strongly to US citizens and to some extend even to the general western citizen.

Positive Improvement of US Industries

The other aspect was the slogan about the recovery of certain US industries. Now, if you want an industry to pick up, you have to make it more competitive. Perhaps, you could subsidize it for some time until it gets back on its feet. This would mean more trades. If the Chinese are subsidizing the steel industry, this means that there’s more steel going around global markets at a lower price. If the US did the same, it would mean even more cheap steal within the markets. This would help the US steel industry and put pressure on the Chinese steel industry. No one can subsidize an industry forever so after some time, the Chinese and the US would agree on not subsidizing this industry. By that time, the US steel industry would have recuperated to a degree and the steel market would be back to normal with no more subsidies.

The Wrong/Negative Way to Help Industries

Instead, Trump is heading the other way. He has imposed tariffs on steel and aluminium and is threatening tariffs on many other products. In the last few weeks we have seen Trump’s administration impose new tariffs on $100 billion worth of Chinese products and it is planning on another round of tariffs on an additional $200 billion of Chinese products. The steel and aluminium tariffs have also slightly hit China and the EU, but they will weigh a lot more on Mexico and Canada. On Friday, Trump tweeted about tariffs on European car manufacturers.

Of course, all the tariffs fall on America’s allies and trading partners. They’re not falling on hostile countries towards the US, such as the Oil rich Gulf countries. But, let’s forget about political intentions behind these tariffs and just focus on the economic impact that they will have, particularly on the US consumer.

Where Does This Lead?

For starters, the tariffs are the opposite of more trade, they mean less trades. If the US imposes tariffs on other countries, it would mean that it will close its own ports. If you close your own ports, the first impact hits domestic producers which are supposed to export. You can’t increase exports if you close your ports. If you place tariffs on foreign goods, foreign countries will impose tariffs on your goods. The Chinese and the EU is retaliating already, with $50 billion worth of US goods targeted for tariffs which will likely increase. The EU has imposed tariffs on US goods’ worth of around $3 billion and will likely increase the tariffs and the range of products when Trump’s administration places tariffs on European car makers, particularly German ones. What does this mean? Less international trades.

Surely, some industries in China, Europe or Canada will suffer, but so will industries that will be targeted by the rest of the world and the rest of the world is bigger than the US. The EU and China is targeting certain products to hit Trump’s voting base, which might affect the mid-term election in November. We can’t leave out politics even if we want to because they are behind everything, aren’t they?

But most of all, the tariffs which are evolving into a trade war will mostly hurt ordinary Americans. The US consumer will have to pay more for goods if Trump closes America’s ports. Imported goods will be more expensive and even goods produced in the US such as cars, house appliances and even jets and ships, that are produced in the US for the US army, will be more expensive. So, there goes Trump’s argument for tariffs on steel and aluminum on the basis of national security. Basically, some industries in the US which have been lobbying with Trump will have a pass and make some good profits short term. The ordinary US citizen will be poorer as he will have to pay more for products, both imported and produced within the country.

But that’s not all. We, the ordinary people could live with that because we’re used to such crappy politics and economics from the elite. The major problem, in my opinion, which screams murder, will be the global economy. We haven’t yet left behind the worst economic crisis in decades which was sparked in 2008 by the financial crisis, which, funny enough, started in the US and spilled over the rest of the world. Italy and Greece are still suffering from economic consequences.

What if this trade disruption brings another slowdown in the global economy which will lead to another economic crisis? Remember, nothing major happened in 2008, one major bank (Lehman Brothers) went bankrupt and it turned into mayhem soon. Investors are like scared pigeons, if there are risks, they will store the money under their mattresses. That’s what happened after the 2008 financial crisis. Investors and companies stopped investing due to fear, business was interrupted and a lot of workers were laid off. What if that repeats itself? The signs are not good. Yet another economic crisis would be a lot worse than the last one and that would be equally bad for Americans, Europeans, Canadians and of course the Chinese, while some well thoughtout tariffs would be reasonable, especially on Chinese steel, since it is subsidized. But, a trade war would be terrible for everyone, which makes it a lose-lose situation for all parties.