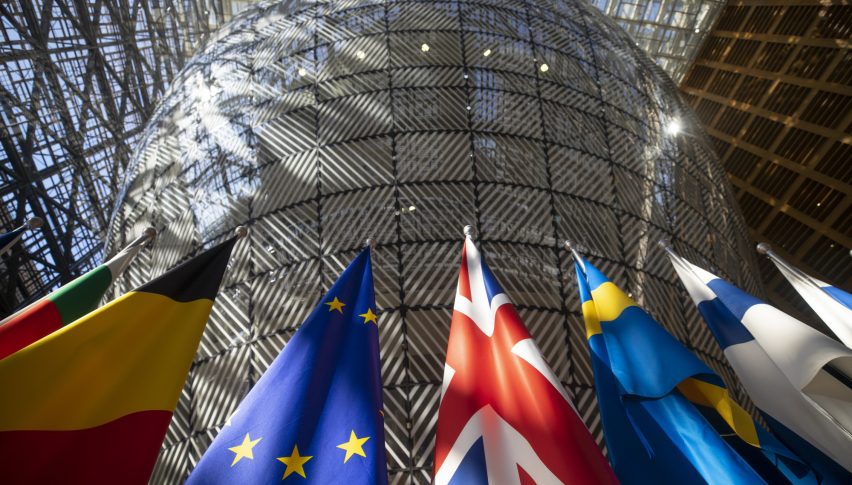 The Latest European Crisis and the Fate of the Euro

The EU leaders finally agreed on something important

The EU has faced many crises through its history. Although, in the last decade these have become more frequent. Every time there is a major crisis, the first question that is raised by the media is whether the European project and the EU will survive it. For forex traders, the first question that comes to mind is what will happen to the Euro. When the crises appear, the Euro starts to decline. We are now in the middle of another crisis, or two for that matter and the Euro has lost considerable ground compared to a few months ago.

The Crises of the EU

The financial crisis kicked off about a decade ago when the collapse in the US mortgages led to the collapse of Lehman Brothers. A chain reaction followed and many major banks became insolvent all around the globe. Many European banks also got into difficulties and the governments had to bail them out. The UK decided to buy shares of their banks in return for cash to bail them out.
The Italians paid for their banks from the government budget. That increased the national debt and at a time when the economy fell into recession, the debt grew exponentially. Now the debt/GDP ratio stands at around 130% in Italy. The Italian are still suffering from it as they are paying from their pockets as tax.

The Italian debt crisis was one, but there were more countries in difficulty. In Greece, Ireland, Greece and Spain the national debt also grew exponentially and the EU had to bail them out. The situation in Ireland turned around relatively fast, while in Spain and in Portugal it lasted a bit longer, although they are back on their feet now.

The debt crisis hit Greece the hardest. At around 100%, its national debt was pretty high already in 2008, but now it stands at around 180%. The economy went into total collapse and the unemployment hit record highs. Wages and pensions were cut and Greece received a hair cut, most of which fell on French banks, meaning that the banks which had lent to the Greek government had to write off half of the debt from their books. Greece also received huge amounts of cash, mainly from Germany.

Just when you thought that troubles were fading away and the Eurozone economies were recovering from a long crisis, Brexit happened. No one saw it coming as everyone thought that the Brits would vote to stay. Even the Brits themselves didn’t believe it would happen. A lot of people I know didn’t even vote because they thought that the Remain vote would win. As a result, the GBP lost about 25% of its value while the Euro lost around 10%.

Now Europe is facing a new crisis. Or I better say three crises at the same time. Brexit is still underway, the immigration crisis has been going on for several years since the Arab Spring and Donald Trump has decided to start a global trade war for a reason that only he knows. The situation has become very messy. The trade war from Trump might get the EU countries closer together, but the immigration crisis is tearing them apart. That is the main risk for the Euro.
Some Italian politicians were calling to abandon the Euro last year especially if the EU didn’t take care of Immigration. These politicians came to power this year. Although, they have called off that plan, they really want to see immigration tackled, otherwise troubles lie ahead for the EU. But not just them, the German Interior Minister who comes from Merkel’s coalition party CSU threatened to quit, which would lead to new general elections in Germany. In that case, Merkel would most likely lose and the EU project would be in great danger, particularly with Brexit behind the door and with Trump and Putin trying to tear the EU apart. So, if there was no solution on immigration this week, the odds were that the Euro would lose considerable ground and probably collapse if the discordance between member countries increased.
But, hard times call for tough measures and the EU leaders seem to have come to an agreement regarding immigration last week. For starters, member states agreed to send the rescued immigrants in centers within the EU. Until now, Italy has kept all the burden of rescued immigrants. The economic migrant will be separated from genuine asylum seekers and the latter will be dispersed on the basis of solidarity, but without relocation measures that some EU countries have been opposing strongly.
Another measure is tightening EU’s external borders and building camps in North Africa and in Middle East. Libya, Egypt, Algeria, Morocco, Tunisia and Niger are some of the countries in North Africa where the camps are considered to be built.
Will it go according to plan? Nothing goes smoothly in the EU, but as far as forex traders are concerned, this is a positive news for the Euro. Had the meeting failed to bring EU member states into a consensus, EUR/USD would probably break the major support at 1.15 and head for 1.10. But, the deal made it possible for the Euro to make a turnaround and climb around 160 pips in the last two days of this week. As I mentioned above, there are other troubles for the EU, but this one seems to be going in the right direction and the price action in Euro pairs showed some positive momentum. Now, it will be down to implementing the deal which won’t be easy. But at least, the EU is saved once again, for now and the Euro survives.
Check out our free forex signals
Follow the top economic events on FX Leaders economic calendar
Trade better, discover more Forex Trading Strategies
Related Articles