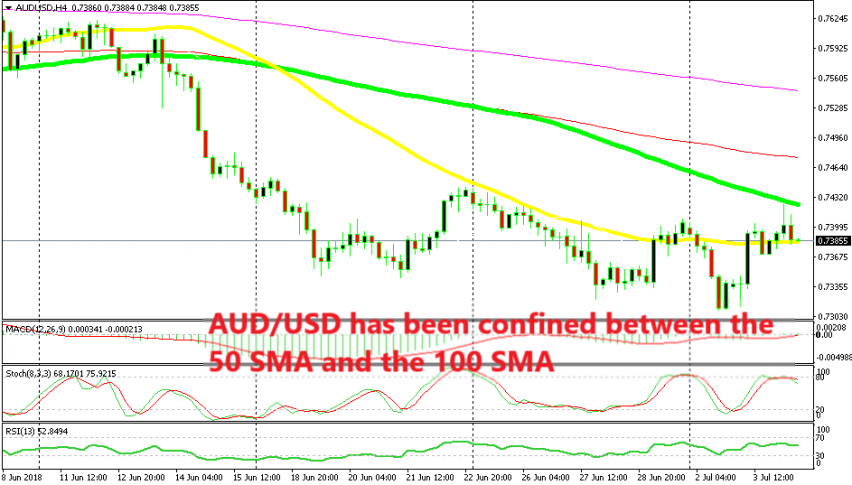 AUD/USD has been trading on a steep bearish trend for a few weeks, losing around 300 pips in the process. The market sentiment has been negative during this time and, as a result, risk currencies such as commodity Dollars have lost considerable value.

Although, risk currencies made a bullish reversal yesterday. AUD/USD was the main beneficiary and the fundamentals helped the Aussie as well. Yesterday, the Reserve Bank of Australia left interest rates unchanged and today the retail sales report came better than expected.

As a result, AUD/USD climbed above the 50 SMA (yellow) on the H4 chart. It hung around there yesterday and today it made the next move higher. But, the 100 SMA (green) didn’t let go. Unlike the 50 SMA, it stood its ground and AUD/USD has been stuck between these two moving averages.

According to the stochastic indicator, we should embark on a sell trade in this pair since stochastic is overbought and turning down. But, the 50 SMA has been a strong resistance indicator and now it has turned into support. So, you might even try to play both sides, buy at the 50 SMA and sell at the 100 SMA until a break takes place in either direction. I still have a bearish bias for this pair though.