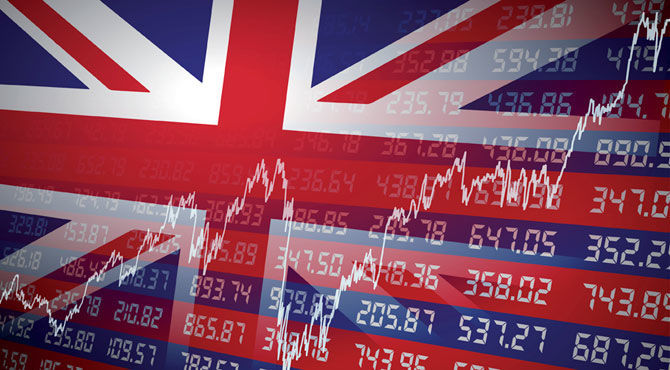 It seems like the UK will be heading for soft Brexit. Earlier in the morning it seemed as if the GBP would head into another abyss again. Brexit Minister David Davis resigned this morning and there were rumours that Suella Braverman would follow him. Although Braverman is not resigning yet, the resignation of Davis has the most impact. He has been a strong Brexit supporter, so now that he has left, it seems as the UK government will head for a soft Brexit, all signs point to this.

On another note, the market sentiment continues to improve further, despite the trade war going live last week. Risk currencies are gaining on the back of a softer USD. EUR/USD has gained around 40 pips while AUD/USD has gained 50 pips so far today. GBP/USD leads the way helped by Davis’s resignation as well. Although, ECB’s Mario Draghi will be up shortly holding a speech and he might turn things around.

German Trade Balance – The trade balance stood at around 19 billion Euros last month. This month, the trade surplus increased to 20.3 billion Euros, so the trade war hasn’t caught up with German exporters.

No Challenge for the UK PM – The British Prime Minister Theresa May has been under some pressure from her party lately and it looked like she was going to have a tough challenge. Although, Davis said that there will be no challenge for now and that she is a good Prime Minister. Another pro-Brexit lawmaker said that there won’t be a vote of confidence for May. No hard Brexit after all then.

New Brexit Minister – Dominic Raab has take the post of Brexit Minister from Davis. He is an ally of PM May, therefore she won’t have many objections pushing the soft Brexit plan ahead.

ECB President Draghi Speaks – The ECB president Mario Draghi will hold two speeches today, one at 12:00 GMT, the other at 14:00 GMT.

There isn’t anything particularly important on the agenda today, but he will surely touch the economic activity, inflation and the monetary policy. The Eurozone economy has improved in the last month or so after having softened in the winter and spring months. So, there is a slight chance that we get to hear a few positive comments from Draghi which will be positive for the Euro. Although, he is notorious for slapping the Euro lower when he speaks, so this might go in either direction. We have to follow his speech.

US Consumer Credit MoM – The US consumer credit declined to $9.3 billion last month. This month, consumer credit is expected to grow to $12.2 billion. That would help the US economy further and of course be positive for the USD. 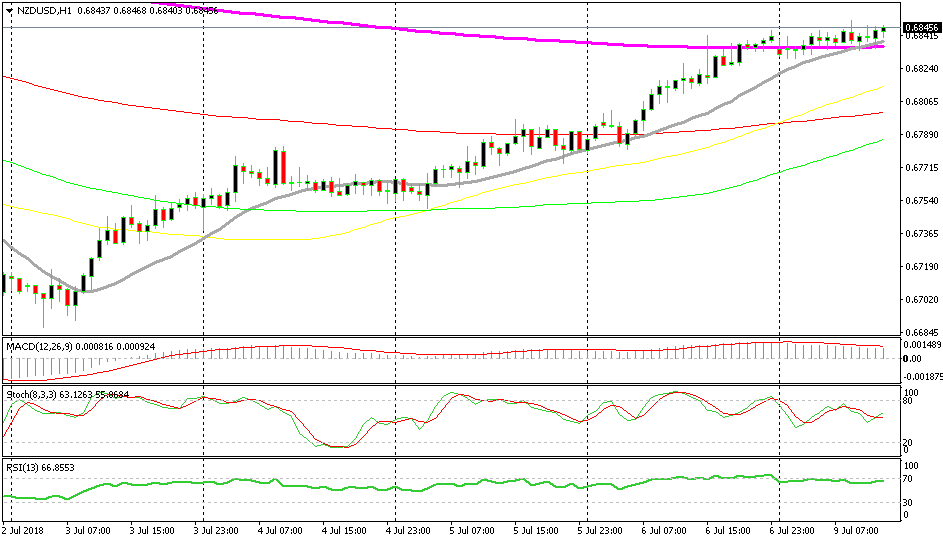 Commodity currencies have been on a strong bearish trend for several weeks. But, the trend changed last week, or at least a decent pullback is underway for risk currencies as they are making some decent gains against the US Dollar. NZD/USD has entered a bullish phase as a result and last week the uptrend was pretty smooth. The buyers didn’t find much resistance on the way up. The 20 SMA (grey) has been pushing the price higher, thus keeping the uptrend in place. Now the price has moved above the 200 SMA (purple) so the way is open for additional gains. The market sentiment is positive as well which is helping risk currencies.

The UK government is free from David Davis now, so it seems as the soft Brexit plan is underway. The hard Brexiteers are falling in line with May now that Trump has shown his negative side. He won’t tolerate or give a free pass to anyone, so Britain has to stay close to the EU and that’s what is happening. This helps the sentiment further in financial markets.