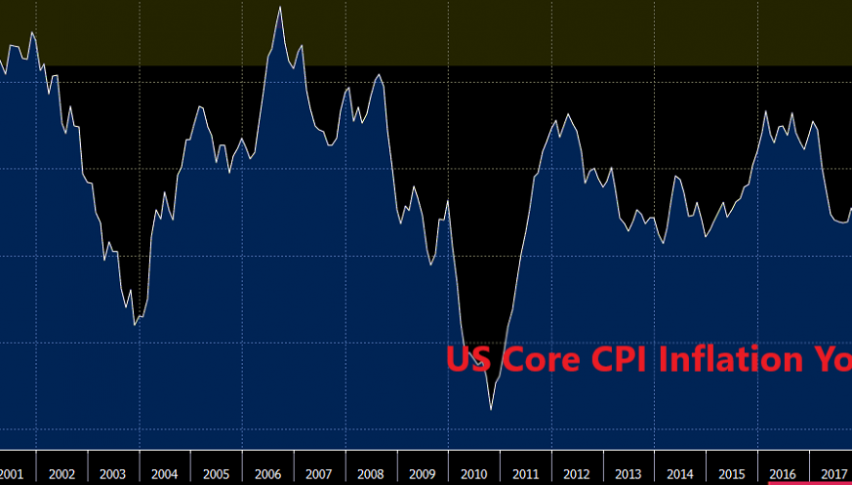 USD takes A Hit After the Inflation Report

The trend of core US inflation looks pretty decent

The USD was in a middle of a bullish move just a while ago when the US CPI inflation report was published. In fact, the bullish trend started yesterday and the USD climbed nearly 100 pips across the board. The reason for that move was that the market was expecting some strong inflation numbers from the US today, according to rumours that have been circulating in the forex world.

So, the Buck was in the middle of the next bullish move, but it reversed after the report. Actually, the CPI (consumer price index) inflation report wasn’t really bad. The headline monthly number was expected at 0.2% and it came at 0.1%, but that was the only miss.

That’s not a good sign when the unemployment keeps falling and it is way below the natural unemployment rate which should be at around 5%. Hence, the US Dollar has lost some ground but this could also be a good opportunity to buy it, probably sell EUR/USD as I highlighted in the midday brief, or sell GBP/USD.

The Uptrend Seems Over for EUR/USD, As MAs and Support Levels Get Broken
2 hours ago

USD/JPY Flirting With the 50 SMA, As Safe Havens Decline
3 hours ago