Forex Signals US Session Brief, July 13 – The USD Continues Its Climb in A No-Drama Day - Forex News by FX Leaders 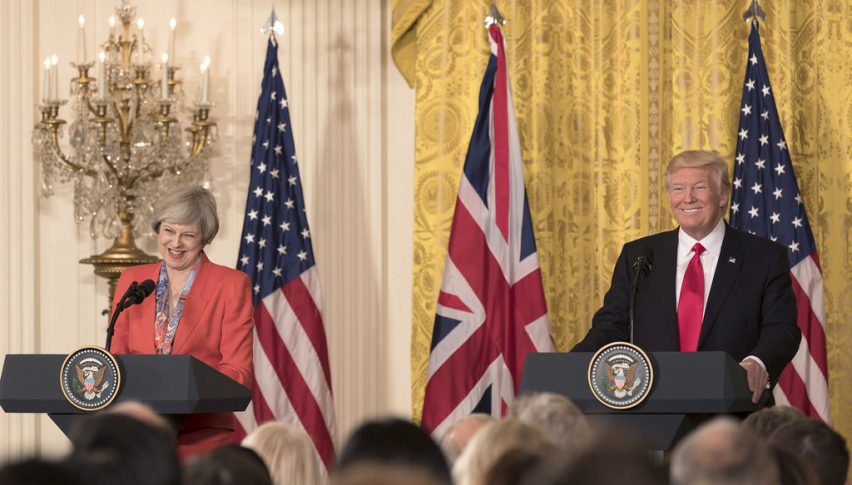 Forex Signals US Session Brief, July 13 – The USD Continues Its Climb in A No-Drama Day

They are all smiles at least

In recent weeks we have seen so many market moving events. The financial markets have reacted, although it seems as they are getting used to such events now. Yesterday, we heard Donald Trump threaten to pull the US out of NATO as well as place tariffs on European cars if he doesn’t like the outcome of the trade talks with the EU which will be held next weekend. The trade war with China has started and it will likely get much worse before it gets any better as China retaliates.

Today, our ears are relaxing, thank God. The markets are quiet, albeit leaning towards the USD. Risk currencies such as the GBP and the commodity Dollars have been declining and safe-havens are getting battered too. The JPY and the CHF are lower even against risk currencies, while Gold has lost around $10 from top to bottom. So, it is all about the US Dollar today and the Dollar index USDX chart tells the picture pretty clearly as it heads towards the highs.

German Wholesale Price Index – The German wholesale price index grew by 0.5% month-on-month against 0.8% expected. The yearly number though ticked higher at 3.4% from 2.9% previously. This shows that domestic demand in Germany remains robust.

BOJ Might Through the Towel on Inflation – The Bank of Japan has done almost everything to help pick up inflation, but it continues to remain very soft, showing no signs of life. I heard some rumours today that the BOJ might give up and call it a losing battle. That might be positive for the Yen as traders will think that the BOJ will stop injecting cash in the markets.

Spain Final CPI MoM – The CPI inflation in Spain came at 0.3% MoM, as expected. All the other components came exactly as expected, apart from the yearly core CPI (consumer price index) which ticked lower from 1.1% to 1.0%.

Swiss PPI – The producer price inflation in Switzerland came at 0.2% MoM as expected. The yearly number though came higher at 3.5% from 3.2% previously. Although, this is not as important as the CPI inflation because it takes time to translate into higher consumer prices.

German Economy Picked Up In Q2 – According to the German Economy Ministry, indicators point to a pickup in Q2 compared to Q1, although international trade policies remain a risk. All the economies of Europe picked up in Q2, even Britain.

Trump Arrives in UK – Donald Trump moved to the UK today from Brussels. He said that the relationship with the UK is very strong, but at the same time he threatened to reject a trade deal with Britain. No one will ever understand Trump, but the Brits should understand something, that the UK is not the big empire of 200 years ago and it surely can be bullied around by major forces such as the US, Russia’s spies and mass migration. So, the EU now doesn’t seem like the villain the Brexiteers said it was, does it?

BOE Says Soft Q1 Was Because of Weather – The Bank of England member Cunnlife said that the bad winter weather is to blame for the soft economy in Q1. But he didn’t sound too confident about the Q2 or Q3 either, which means that rate hikes are still far.

US Import and Export Prices – The import prices declined by 0.4% in June, while they were expected to grow by 0.1%. Export prices increased by 0.3%, against 0.2% expected. You’d think that the tariffs are already having an impact, but it is the decline in Oil prices which is to blame for the overall decline in import prices.

US Prelim UoM Consumer Confidence – The consumer confidence report from the University of Michigan is expected at 98.1 points. Last month’s was revised lower to 98.2 points from 99.3 points. Although not too steep, the trend looks dovish regarding consumer confidence in the US.

Trump-May Press Conference – US President Trump ignored the article about rejecting a trade deal with Britain as fake news. The main line was about immigration of course. Trump said that immigration is bad for Europe as it changes the culture and demographics; look at the terror attacks. He has a point there and that was the main reason why Britain voted Brexit in my opinion, which doesn’t address the issue actually. 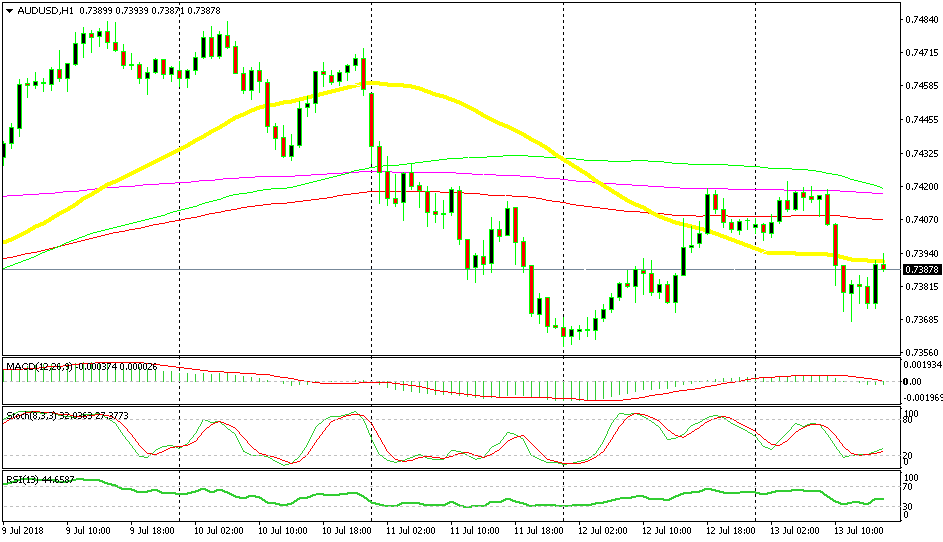 The 50 SMA has been pushing EUR/CHF higher

Yesterday we had a sell trade on NZD/USD. That pair was retracing higher when we opened that signal but I trusted the bearish trend and particularly the 50 SMA (yellow) which provided solid resistance there. Today, we have a similar situation in AUD/USD. This pair has been bearish for days and at the moment it is making a retrace higher. But, the 50 SMA is providing resistance again while the situation looks pretty bearish still. So, we decided to sell AUD/USD below the 50 SMA.

The price action has been really slow today and I expect it to grow quieter as the week draws to a close. Although, we must keep an eye on Trump’s tweets because he might drop a bomb anytime since he is in the UK. The economic data is pretty light as well, so don’t expect much from the calendar.