Even If the US Doesn’t Want to Trade, the Rest of the World Does - Forex News by FX Leaders 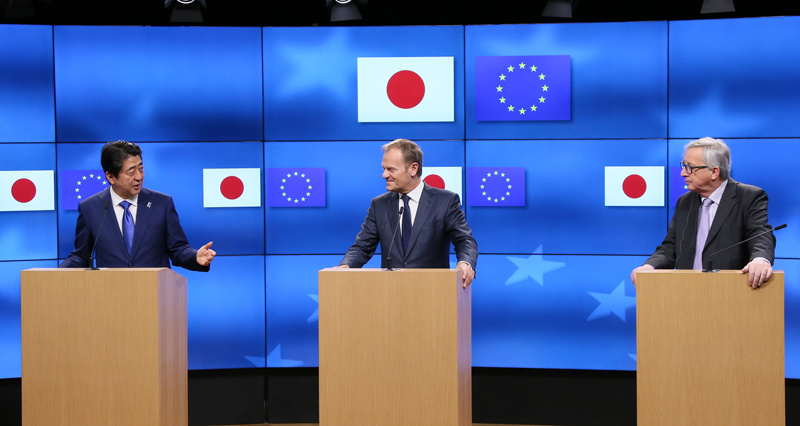 Even If the US Doesn’t Want to Trade, the Rest of the World Does

Donald Trump has been placing tariffs on the rest of major economies and he is planning to add more tariffs. A trade war between the US and the rest of the world seems inevitable. He is supposed to be a businessman and should know that a country does better when it increases the trade and business, but Trump wants to make America great again without trade.

The EU and Japan have been negotiating on a pact since 2013. But, it took Donald Trump to speed up the process. They signed the trade agreement in Tokyo today, although it has to go through the respective parliaments first. I don’t think there will be many problems there, not when Trump threatens everyone to cut trade ties.

The EU will scrap the 10% tariff on Japanese cars while the European car manufacturers won’t have to pay $1 billion annually to export cars to Japan. The Japanese officials are expecting the deal to increase the GDP by 1% and open nearly 300k new jobs. The EU sealed the trade deal with Canada and they are progressing fast with other major economies, so if anything, Trump is helping the rest of the world get closer together.

Booking Profit on EUR/USD Signal, Despite the Improved Economic Sentiment
7 months ago
Further Signs the US Economy Is Accelerating
ISM services and ADP employment reports showed further expansion in the US economy
7 months ago