Stable Earnings in the UK but Brexit Could Ruin Plans for a Rate Hike in August, Says BOE’s Carney - Forex News by FX Leaders 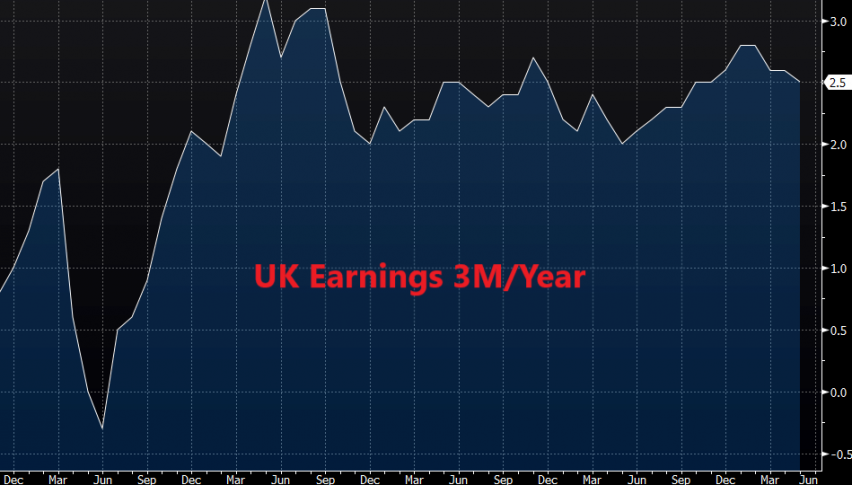 Stable Earnings in the UK but Brexit Could Ruin Plans for a Rate Hike in August, Says BOE’s Carney

The earnings report from the UK came up right on expectations. The average weekly earnings, or wages as we know them, rose by 2.5% 3m/y as expected. The prior number was at 2.5% but was revised higher to 2.6% – that’s a slightly positive element.

Wages and salaries without bonuses grew by 2.6% as expected, ticking lower from last month’s 2.7%. This balances out the positive revision from last month. Earnings are not picking up as quickly as several months ago when they were picking up by 3%, but at 2.5%, the pace is pretty decent.

Although, inflation is pretty high in the UK as well. It stands at the same levels as wage growth, so after all, there’s no real wage increase if we consider inflation, which balances it out. But taking the face value, this is a steady increase and the Bank of England BOE is planning to hike interest rates in August from what I have heard.

The BOE Governor Mark Carney was holding a speech just now and he said that the thing which could derail the plan regarding monetary policy is Brexit. The UK and EU will decide in which direction Brexit will head and if there is no deal, then it might put off the rate hike planned for August.

The GBP has been moving up and down in a tight range during this time. It looks pretty unsure what to do. A rate hike next month is very much on the cards. But so is the possibility that Britain breaks off from the EU without a deal, so no one can predict right now what will happen exactly.