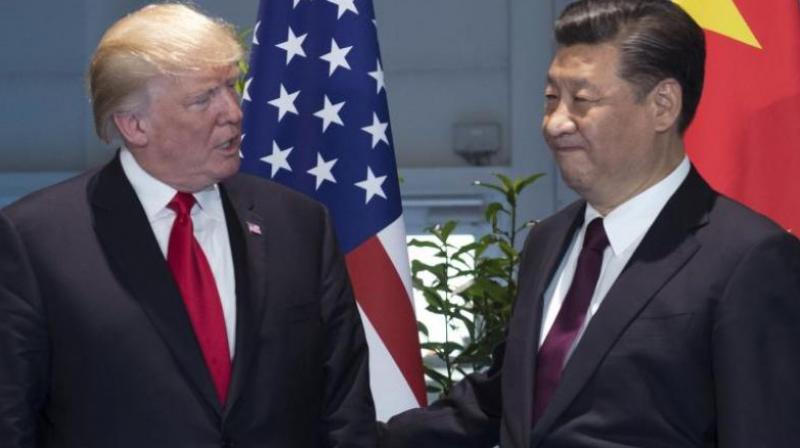 When Technicals and Fundamentals Form A Toxic Environment

All smiles while stabbing at the back

I have often mentioned that in forex, you will see major fundamental and technical events fall in line at the same time. Recently though, there have been so many fundamental events, mainly political events which have ruined all technical analysis. Donald Trump’s tweets and news from Brexit have ruined perfect technical chart setups for forex pairs related to these currencies. These occurrences have increased over the last several months as Brexit approaches, Trump pushes forward with the trade war and Europe goes through political turmoil, although the last one is not exactly a new thing for financial markets to get used to. So, it hasn’t been hasn’t been very easy to trade in recent months as fundamentals have often contradicted technical analysis.

But this Thursday, fundamentals fell in line with the technical analysis. They both appeared at the same time and both pointed  at the same direction for the USD and as a result, the near term future for the USD seems pretty dark. That said, the market might ignore everything and turn bullish on the Dollar come Monday, but the Dollar did react to the events and it closed the week on the back foot due to that. So, what happened.

For this analysis we took into scope the USDX chart. The USD index is the best indicator for the USD since the picture  is unaffected by the other currencies like in forex pairs. The USDX has been trading inside a range for more than a month. It has moved up and down in a roughly 150 pip range between 93.50 and 95. The index has formed a strong resistance around the 95 area which has scared the buyers away several times during this period. Although, after the last rejection last wee, it seemed as this resistance was going to break. 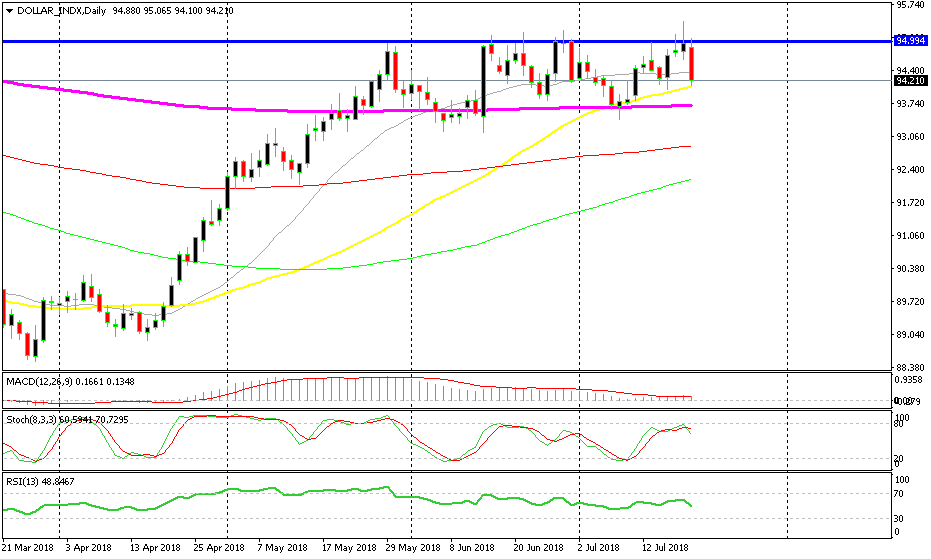 The USDX is back inside the range

The price didn’t reach the bottom of the range. Instead, it stopped short at the 50 SMA (yellow) and reversed back up. This showed that the buyers were growing impatient. Eventually, the resistance at 95 was pierced on Thursday and the price reached as high as 95.40. But, the sellers returned and pushed the price back below the resistance. The daily candlestick closed as a reverse hammer that day which is a major bearish reversing signal. The stochastic was also overbought and the USDX was below resistance and and back into the range once again. This chart setup made the picture pretty bearish for the USDX and for the USD obviously.

At the same day,US President Donald Trump said that he didn’t like the FED hiking interest rates. He said , that this goes against what the US government is doing. The White House has cut taxes to help the economy, while the FED has hiked three times the interest rates in the last six months. That does go against Trump’s policy at some degree, but the economy is not black and white, it does’t work like that. While inflation is not exactly running away in the US, it has surely picked up in recent months. If the FED hadn’t increased interest rates in the last 12 months, then inflation would likely be much higher and at dangerous levels.

Anyway, Trump made those comments and the market reacted negatively. On the next day, Trump repeated the same comments again and this time he added that the US is planning to place tariffs on an additional $505 billion of Chinese goods. That gave the market another shock which was negative for the US Dollar of course. As a result, the USD ended the week on a really bearish note.

As you see, the technical analysis and the fundamental events came at the same time. The USD index formed a strong bearish chart setup while Trump’s comments gave the USD the decisive blow to send it around 100 pips down. The USDX chart is on the daily time-frame and Trump’s comments on more trade tariffs are major events for the USD. Of course, the FED is independent from the US President but, with Trump you can never be too sure about anything.

So, for the moment the USD is in a really bad position. But as I mentioned above, you never know what will happen next week so keep an open mind.