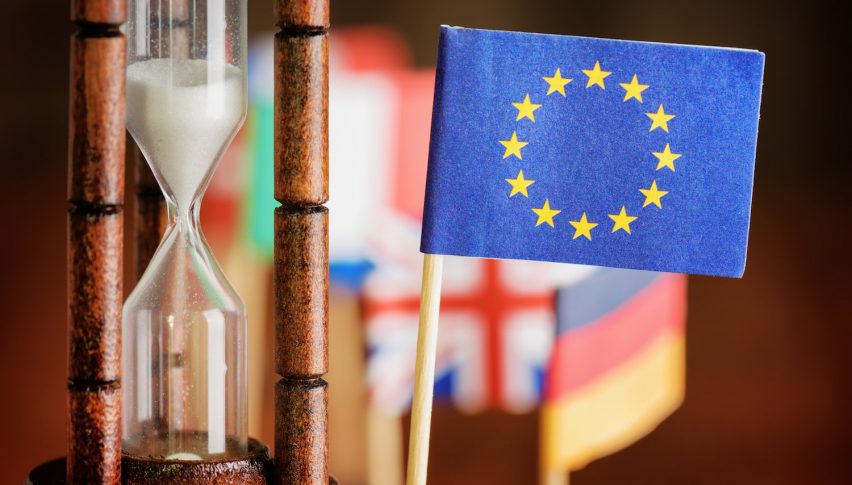 Time is running out for unregulated brokers

Today is another very quiet day in forex. The summer holiday period has dried up liquidity and the moves have been pretty small. The range in most forex majors is 30-40 pips at best. The range in the Aussie (AUD) pairs was a tad wider due to the inflation report that was released this morning in Australia. One thing to notice today is the bullish momentum in Gold. While safe-haven currencies were in great demand in recent weeks, Gold has been following a steep downtrend. Today, safe-havens moved little, yet Gold has gained nearly 100 pips so far.

Although, the most important thing for forex traders is the new regulation that the EU will impose on forex brokers, if you haven’t already heard. The European Securities and Markets Authority will implement new rules to the European forex industry. The leverage that brokers offer to their clients for brokers operating in the EU will decrease dramatically from 200:1 to 30:1 for major pairs and to 20:1 for minor pairs. CFDs (contracts for difference) will also be restricted while Binary Option will be made illegal altogether, so no more binary options guys, not that I ever liked them. Brokers will be required to include a warning when offering promotions so traders don’t get lured too easily by the offers. Brokers will also have to implement a mechanism to close trades when the balance falls below the 50% of the minimum required margin. What does that mean? It means that forex traders won’t have to lose more funds than their forex account balance. These are all great news guys. Some might complain about the leverage, but I never use more than 10:1 leverage, otherwise it becomes too risky.

German IFo Business Climate – The business climate in Germany came at 101.7 points, pretty much in line with expectations as well as last month’s number. This indicator used to be above 110 for a long time until April when Trump pushed the trade war forward. Although, it has been in the 102 region for the last three months, so it is good that the business climate is not deteriorating any further.

Eurozone M3 Money Supply – The total amount of currency in circulation and in bank deposits increased by 4.4% while it was expected to grow by 4%. This is the biggest increase since February and it is an early indicator for future rate hikes from the ECB, since more cash in circulation means more spending and higher inflation in the months to come.

UK High Street Lending – High Street lending is the number of mortgage applications that have been approved by major banks operating in the UK. Mortgages increased by 40.5K against 39.1K expected. Mortgages slipped below 40K in March and they have been below that level since then. So perhaps, the slight bullish momentum for the GBP is due to the increase in Mortgages.

Bitcoin Fails at Resistance Once Again – Bitcoin buyers had another try at the upside today but they failed to break the 50 SMA on the weekly chart. Now Bitcoin is slipping lower, so this might actually be the beginning of a bearish reversal for Bitcoin if the top side remains unbroken.

French PPI – The producer price index increased by 0.1% in June, which is much slower than the 0.6% increase in the previous month. Although, the yearly number came at 3.4%, up from 2.9% in the previous reading.

Twitter Diplomacy Is Infecting the Germans – The German Foreign Minister tweeted this morning that the US is not an adversary of the EU, but EU’s biggest partner outside of the Block, obviously. He also stated that the US is bigger than the White House and that Trump won’t change anything. Well, I don’t know about that, Trump is alienating the US from all of its partners.

Belgian Business Climate – The Belgian business climate index is like a median indicator which shows the average business climate for the whole of the Eurozone. It is expected at 0.4 points which is positive, although lower than last month’s 0.6 points.

US New Home Sales – The US new home sales have been a bit soft this year although in April and June we saw some decent numbers. Today, new home sales are expected at 669k, which is somewhere in the middle.

Junker and Trump Meet in the White House – EU’s Juncker and Donald Trump will meet in Washington today and we all know what they will talk about. Trade tariffs, particularly with the EU and the deterioration of Trans-Atlantic relations. Knowing Trump, I don’t think we will see a positive outcome from this meeting. Instead, I expect more Twitter threats from Trump. 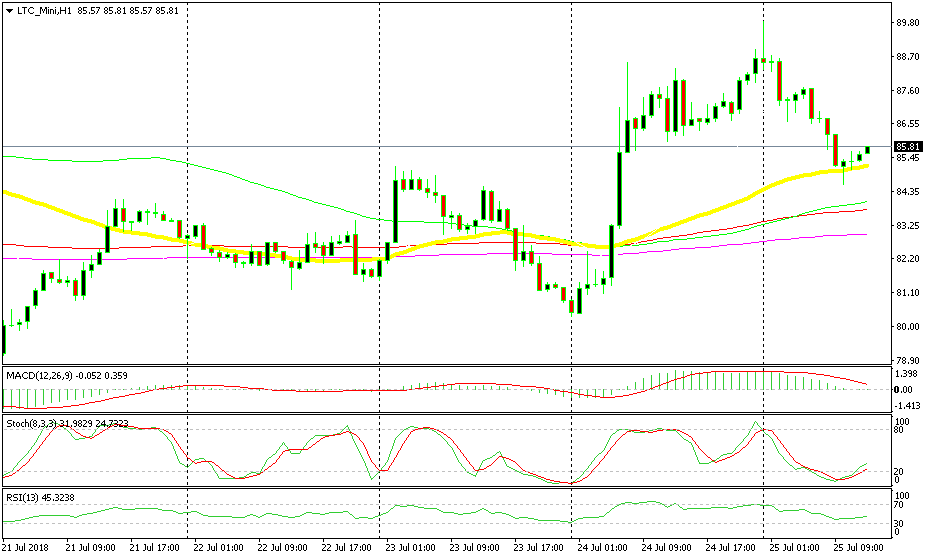 Cryptocurrencies have been on a bullish run for some time now with Bitcoin leading the climb. Litecoin was a bit late to come to the party and the climb has been slow, but it gained some pace yesterday. Today though, cryptocurrencies are retracing lower but Litecoin has found a base. The stochastic indicator is oversold on the H1 chart and it is now turning higher, which means that the retrace should be over. The 50 SMA did a good job holding the sellers above as it provided solid support. Besides that, the hourly candlestick from three hours ago formed a hammer which is a reversing signal. The three following candlesticks are bullish, so the chart setup here points to a bullish reversal and a continuation of yesterday’s trend. For these reasons, we have a bullish bias for Litecoin now.

Juncker has flown to the US today to meet Trump at his den. As I said above, I don’t see a lot of positivity coming out of this meeting. In fact, it might be a disaster with Trump trying to bully his counterparts. Whatever the outcome, it is likely that the USD and especially the Euro will be heavily affected from the comments coming out of this meeting, so we will keep an ear behind the door.

The End of Covid Turns Euro Higher
3 months ago