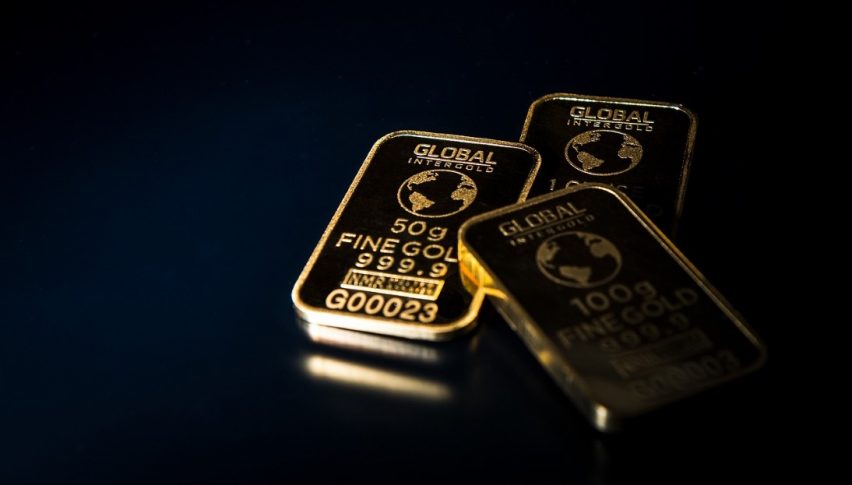 It Has Already Been A Rough Week For The Gold Bugs.

Thursday has brought a split open for U.S. indices, with the DJIA up triple digits and the S&P 500 down moderately. Commodity pricing is also split, featuring WTI crude oil trading north of $69.00 and August gold futures selling off to 1225.0. With news of a fresh U.S./E.U. trade deal and a stronger USD for the session, traders are embracing risk while scaling out of bullion.

It seems that August gold futures are poised to resume the downtrend of 2018 at all costs. A very clear pattern is setting up on the daily time frame that suggests a test of 1200.0 is coming in short order. Perhaps tomorrow’s U.S. Q2 GDP release will be the catalyst for the move.

The daily chart tells us much of what we need to know about the gold market. Price is sticking to a defined pattern of consolidation around key numbers. The current psychological level in play is 1225.0. Traders have fought it out in this area for the last six sessions. Is the gold market ever going to break out?

August gold is forming an “L” consolidation pattern on the daily chart near 1225.0, just as occurred at 1300.0 and 1250.0. Price has failed to sustain trade above topside resistance at the current wave 38% Fibonacci retracement (1232.2). This is an extremely bearish sign — it appears traders are waiting for this market to break hard toward 1200.0.

There are two levels on my radar until Friday’s closing bell:

Overview: The longer gold trades sideways near 1225.0, the greater a breakout will be. At this point, one has to think that a move is in the cards for tomorrow’s U.S. Q2 GDP release. If we see a huge GDP number, then August gold is in for a test of 1200.0. If not, a breakout above resistance is probable.