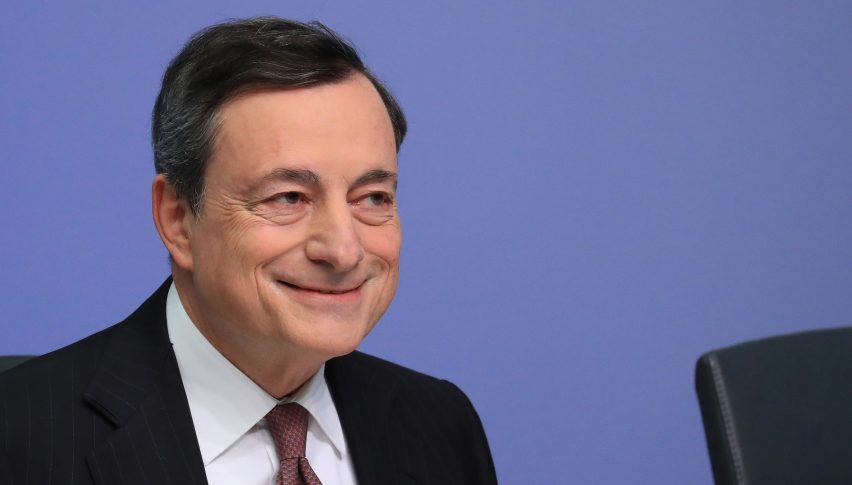 Economy is good, but I can't promise any rate hikes this decade

Yesterday, the ECB had its usual meeting. They kept interest rates unchanged at 0% as widely anticipated and Mario Draghi delivered his speech. The Euro jumped 40 pips higher at first, but it reversed as Draghi continued his speech. So, what is the market’s take from yesterday’s Draghi speech?

Well, the EUR/USD is about 100 pips lower, so the main take is that Draghi sounded more dovish than hawkish. There were both hawkish comments as well as some dovish ones, but the market is leaning towards the dovish side.

So, the economic outlook regarding growth and wages is positive for the ECB. But the outlook of the monetary policy doesn’t look very hawkish to the markets. Markets were waiting for a strong confirmation about the beginning of rate hikes and they didn’t get that. This has put the Euro on a soft patch, although the decline in EUR/USD is also prone to the strength in the USD in the last few sessions. However, the verdict is that Draghi sounded more dovish than hawkish for the Euro.