Forex Signals US Session Brief, August 1 – Forex in Limbo Ahead of the FED - Forex News by FX Leaders 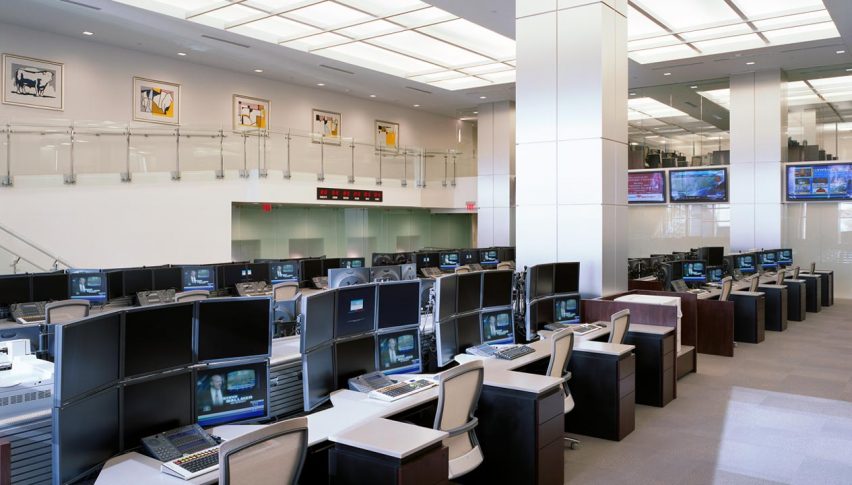 Forex Signals US Session Brief, August 1 – Forex in Limbo Ahead of the FED

Everyone has left the trading stations. They will return when before the FED meeting comes live

Yesterday, the forex market was pretty quiet and today things have been even quieter despite some decent economic data releases during the Asian and the European sessions. In the Asian session, the employment picked up by 0.5% in New Zealand, more than expected while the unemployment rate ticked higher as well. But, the Kiwi only moved around 20 pips.

The UK manufacturing data was released in the European session and it came close to expectations, but the GBP totally ignored it. The Italian and German manufacturing came a bit on the soft side as well, but the French manufacturing balanced it out and the Eurozone manufacturing remained unchanged from the previous reading. The cryptocurrencies have extended their bearish move today after Bitcoin failed to move higher on the weekly chart, so at least there is some action in that market if you are a trading junkie.

UK Nationwide HPI MoM – The house price index grew by 0.6% against 0.1% expected in July. The previous month was revised higher as well to 0.7%, which makes this the beginning of a bullish trend after this indicator had been negative for several months.

Italian Manufacturing PMI – The manufacturing number from Italy came at 51.5 PMI points against 53 expected. The trend is worrying here since this indicator used to be around 58-59 points back at the beginning of the year, while now it is close to being flat.

French Manufacturing PMI – French manufacturing number came at 53.3 points, up from 53.1 points expected. This is a good turnaround since last month came at 52.4 points. Hopefully, the trend will reverse and move up now.

Eurozone Manufacturing PMI – The manufacturing sector for the whole of the Eurozone, came at 55.1 PMI points as expected which is the same as last month. The increase in French manufacturing balanced out the softening of the German and Italian manufacturing and the bearish trend of the last several months has stopped for now.

UK Manufacturing PMI – The British manufacturing came on the soft side as well, just like the figures we saw from Germany and Italy. Although, with the Bank of England expected to hike interest rates tomorrow, the market ignored this report today.

US ADP Non-Farm Employment Change – The ADP non-farm employment change was expected at 186k but came at 219k. That means that 219,000 people found work in July. After two soft months where this indicator fell into the 170k region, we’re back up in the 220k zone.

US ISM Manufacturing PMI – The US manufacturing PMI moved higher last month from 58.7 to 60.2 points. That brought this sector to very decent levels. This month, it is expected to fall to 59.4 points but that would still be a great number, although let’s see if the tariff war has had an impact on US manufacturing.

US Construction Spending – Construction spending is expected to grow by 0.3% this time, while last month it grew by 0.4%. It’s not much but it’s going in the right direction if there aren’t any nasty surprises today.

US Personal Income MoM – Personal income grew by 0.4% as expected, the same as last month. Nothing to be too excited about, but it comes back at this level after slowing to 0.3% in April and May.

US Crude Oil Inventories – Oil inventories are expected to decline by 2.6 million barrels this week. Last week, they declined massively by 6.1 million. If we see another big drawdown in inventories today, then Oil and CAD will find some decent bids.

FOMC Statement – The FED is expected to keep interest rates on hold today. So, the attention will shift to the FOMC statement. Two weeks ago Trump said that he doesn’t like higher interest rates, so it will be interesting to see what the FED thinks about that. 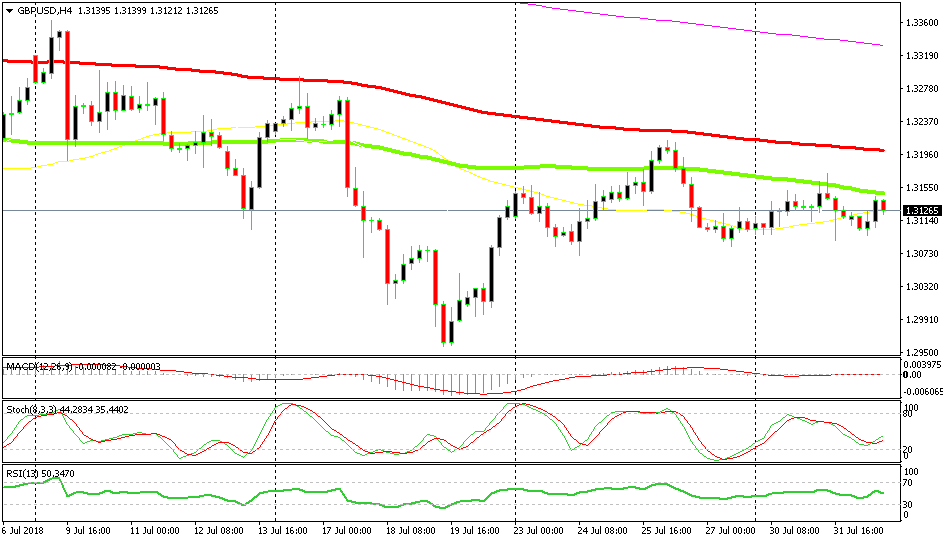 The Bank of England is widely expected to hike interest rates tomorrow, although they are expected to follow up with a dovish statement after that, considering that Brexit and the trde war are well underway. So, GBP sellers are waiting on the sidelines to make the move. The stochastic indicator is heading up on the H4 chart, but it is well overbought on the hourly timeframe chart. The 100 SMA (green) is also providing solid resistance here and the buyers are already reversing their trades as GBP/USD starts to slide lower.

The US ISM manufacturing PMI is expected to be released soon which we will cover on our economic calendar live. But, I don’t expect much action since the market is waiting for the FED meeting later in the evening. So, if you want to trade, keep your targets small.