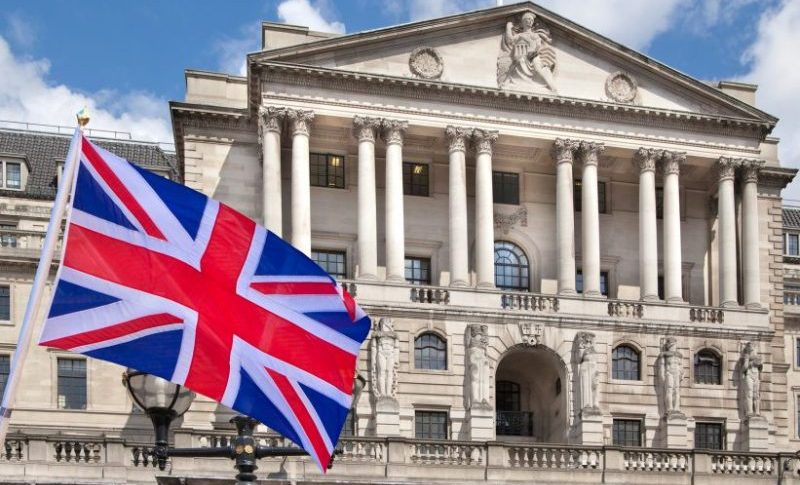 Forex Signals US Session Brief, August 2 – BOE Hikes Rates with A Cautious Outlook for the Future

Today, the European session was all about the Bank of England. Everyone was expecting them to increase interest rates, and they did. The BOE hiked interest rates by 25 basis points from 0.50% to 0.75%, which we covered live on the forex calendar section in our site which we opened today. Although, the market was expecting it to be accompanied by a bearish statement from the BOE and that went exactly according to the market expectations as well.

The statement acknowledged the higher inflation and the economic pickup in Q2 after the soft numbers in Q1. But the BOE brushed the weak Q1 numbers aside saying that it was a one-off after the strong Q4 last year. But, the Brexit process is a major negative event which could derail the UK economy, said the statement and the GBP reversed immediately after having jumped 40 pips higher on the unanimous vote to hike interest rates. BOE Chairman Mark Carney added that the trade war will likely hurt the investor sentiment on a global scale which is another major event which could materialize negatively for the UK economy. The pound lost nearly 100 pips after Carney’s comments. Now the GBP has entered a bearish phase.

Swiss Retail Sales – Swiss retail sales increased by 0.3% against expectations which were for a flat reading. Last month was revised higher as well, to 0.4% from -0.1%. This is the third positive month in a row so the trend looks promising.

Chinese Manufacturing PMI – The manufacturing number was expected at 60.8 but came at 61.9 PMI points. So, despite tariffs from Donald Trump, the Chinese manufacturing sector continues to be in a really good shape.

BOE Interest Rate Decision – The Bank of England increased interest rates from 0.50% to 0.75% as widely anticipated. The surprise here came from the votes which were unanimous for a rate hike, while expectations were for a 7-2 vote in favour of hiking rates. That was the reason for the 40 pip jump in the GBP after the rate announcement.

BOE Monetary Policy Summary – The increased economic activity and higher inflation in Q2 were reflected in the BOE monetary policy summary. But, there were also comments highlighting risks from Brexit which could hurt the UK economy in the near future. That was the reason for the quick reverse in GBP pairs after the pop from the rate hike votes.

Mark Carney Speaks – The BOE Chairman Carney said that even though the rate hike was unanimous, we must not expect that bank rates will reach 2%-3%. Short term factors such as Brexit and the trade war are pushing the equilibrium lower. That gave the GBP another push lower.

US Unemployment Claims – The US unemployment claims came at 218k which is very close to expectations. It falls in line with the trend of the last several months.

US Commerce Secretary Ross Speaks – Wilbur Ross said a while ago that it is possible that Chinese tariffs might not be cataclysmic and that the US has already excluded 1,000 Chinese products from tariffs. Yeah, very assuring comments to the US consumer who loves Chinese products. He added that the US will only implement tariffs on European cars if the negotiations with the EU fail.

US Factory Orders MoM – US factory orders increased by 0.4% last month after declining by 0.8% in the last month. Today, they are expected to grow by 0.7% which would be welcomed by the market. 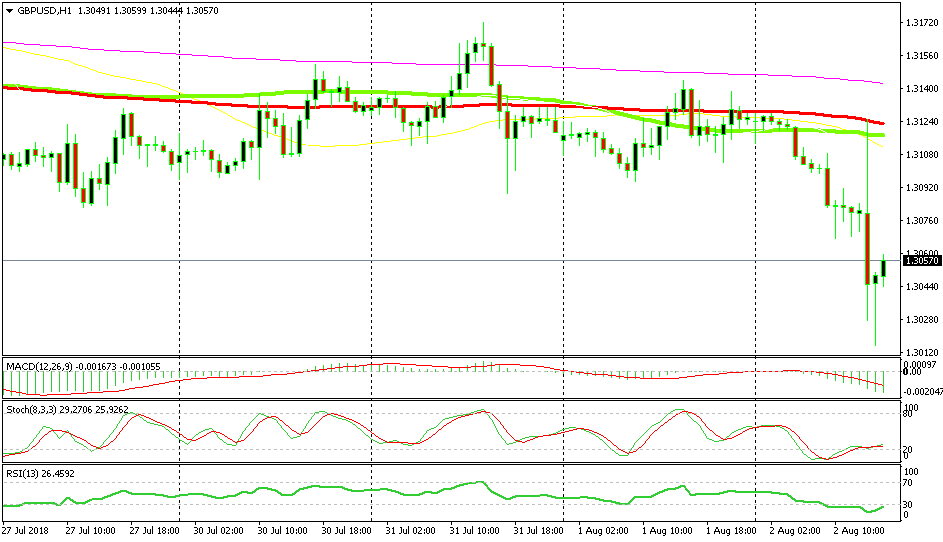 The moving averages are a good place to sell

I was thinking about opening a sell forex signal when GBP/USD popped higher after the unanimous vote to hike interest rates. The price was finding resistance at the 100 SMA (red) but the reverse down came pretty quickly so I didn’t have a chance to get in. GBP/USD fell 100 pips lower after Carney’s dovish comments, but is climbing higher now. We have a bunch of moving averages clustered above 1.31 where the price reversed. They are supposed to be a very strong barrier, so if this pair manages to climb up there, then I will look to sell GBP/USD.

Now the Bank of England is out of the way. They hiked interest rates but sounded dovish as the market had priced in. The GBP turned bearish after that, so it has entered a bearish phase now and we will look to sell this pair during pullback higher.