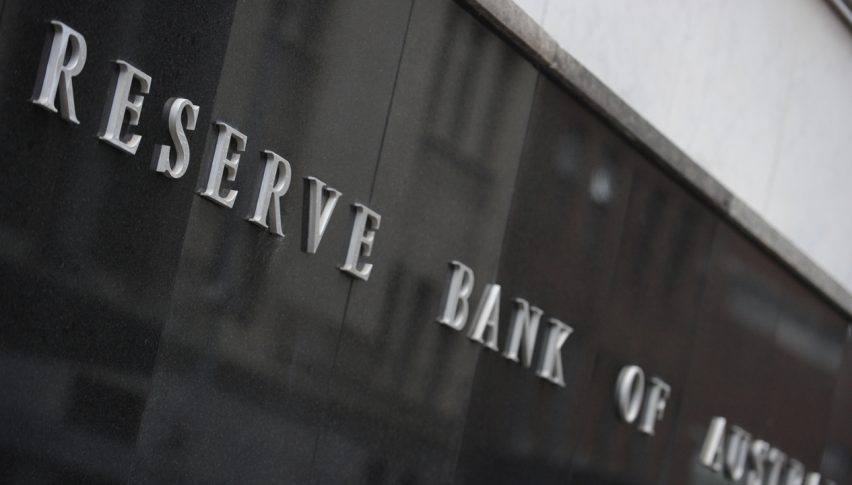 The RBA kept rates unchanged but the AUD popped higher

The main forex event today was the interest rate decision from the Reserve Bank of Australia (RBA) and the statement that followed the rate decision. The RBA kept interest rates unchanged at 1.50% as widely expected, so there was no reaction in the market from that decision. But, the statement that followed got the markets moving with AUD leading the way this morning during the European session.

The RBA expects inflation to be a bit lower than expected this year, but in 2019 and 2020, inflation is expected to pick up and accelerate pace. The RBA was also positive on employment and expects the unemployment rate to decline to 5% in the coming years. That sent AUD/USD higher as it was reversing after several days of trending lower. That spilled into other pairs and it later turned into a broad USD selloff. I say this because safe-haven assets such as the JP and Gold are making gains against the USD and so are risk currencies.

Hawkish RBA – The RBA expects inflation to be a bit on the soft side this year but it expects inflation to accelerate in the next two years. They also expect the unemployment rate to fall to 5% in the coming years, so this sounded pretty positive to the market and the AUD jumped higher.

German Industrial Production MoM – Factory orders were expected at -0.5% in Germany this month but came at -0.9%. That is a pretty bad reading and it follows yesterday’s soft manufacturing numbers from Germany.

Italian Government to Discuss the Budget Tomorrow – The Italian Deputy Prime Minister Di Maio said yesterday that it is not a priority for the Italian government to respect the fiscal rules. Rules are set by the EU that all members don’t exceed 3% deficit on a yearly basis. Di Maio said earlier this morning that the government seniors will meet tomorrow to discuss the budget and I expect some increase in public infrastructure, which will increase the debt. But, the attention will be on the comments about Italy staying in or leaving the Eurozone.

UK Halifax House Price Index – The Halifax HPI rose by 1.4% against 0.2% expected. Last month’s number was also revised higher to 0.9% from 0.3%. Apart from May when this index declined, the trend has been positive in the house prices in the UK.

UK to Use Trump As A Weapon for Brexit – Earlier on, we heard some news that the UK sees the Brexit deal deadline pushed towards November. The reason behind this is that the EU will have its hands full with Donald Trump’s tariffs so the UK can have a better deal with the EU. Everyone is playing games nowadays.

US JOLTS Job Openings – The new JOLTS job positions were expected at 6625k but came at 6662k. That is a solid reading which shows the strength in the employment sector. The problem remains in the wages and salaries which are not picking up as fast as the job growth numbers suggest.

US IDB/TPP Economic Optimism – Economic optimism was expected at 57 points, but it beat estimates coming at 58 points. That is a nice increase in optimism from 56.4 points that we saw last month. Economic optimism has been growing steadily since March when it was at around 52 points.

New Zealand GDT Auction – The dairy price action will be held today in New Zealand and it is quite important for the Kiwi. The prices have been declining in the last four auctions, so there is a possibility that we might see another decline which would hurt the NZD. 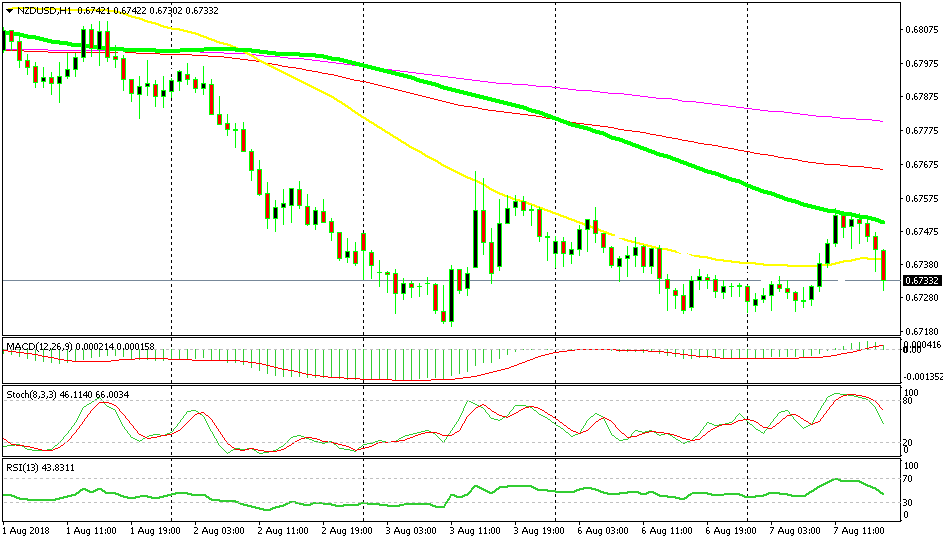 We sold before the reverse took place

NZD/USD has been on a strong downtrend during the last several days. Today, it decided to put up a fight and retrace higher after the RBA sounded sort of hawkish or at least, not as dovish as the market was expecting. We decided to sell the retrace but the buyers continued pushing higher and the price reached the 100 SMA. That moving average provided solid resistance and eventually NZD/USD reversed. Now, we are in profit with our signal here, but it will need some more work from the sellers until we reach the take profit target.

Our GBP/USD signal just hit take profit now but the NZD/USD signal remains open. The dairy auction will be at any time now and we hope to see another decline in dairy prices which would send NZD/USD lower, so fingers crossed.

Inflation Picks Up in UK, Whilst Remaining Subdued in Europe
2 hours ago

USD/CAD Bounces Off the 50 SMA, Despite the Upbeat Canadian Wholesale Figures
22 hours ago
Comments