Forex Signals US Session Brief, August 8 – GBP and JPY at Opposite Sides of the Spectrum Today - Forex News by FX Leaders 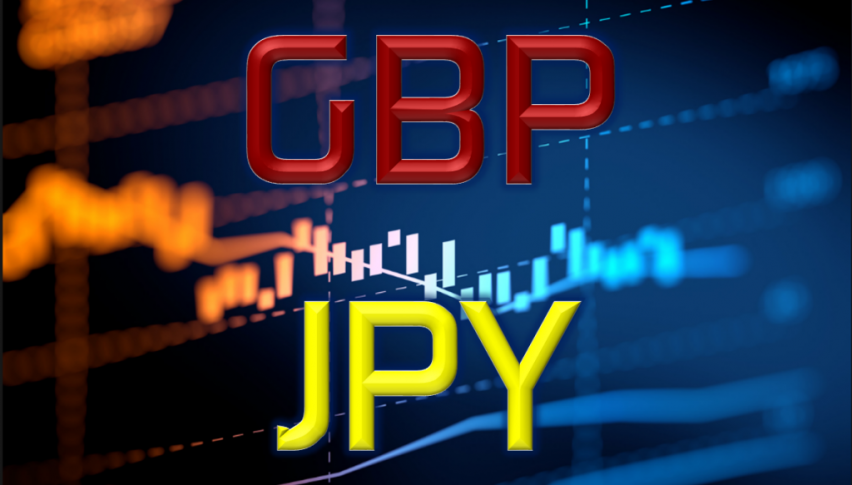 Forex Signals US Session Brief, August 8 – GBP and JPY at Opposite Sides of the Spectrum Today

Financial markets have been all over the place today. I can’t say there have been major moves but there has been action out there and the instruments have followed their own agendas today. At the beginning, I thought that there was a flight for safety going on since USD/JPY had lost 50 pips. But, the CHF is lower against the USD and Gold is also lower during the European session so it was just the Yen which was performing pretty well. The European equities have been soft in the European session while the Yen made a quick bearish turnaround losing considerable ground.

That is one of the reasons for the Yen strength in the European session. The Euro and the Aussie are up against the Buck today so far, while the Kiwi and GBP/USD are down. The 100 pip decline in GBP/USD is just the next leg of the bigger bearish move while the decline in NZD/USD is due to the meeting of the Reserve Bank of New Zealand scheduled for this evening. The economic calendar has been empty during the European session so the brief will be about other forex events in this session.

Bitcoin Continues to Fall – Bitcoin broke the 50 SMA on the daily chart yesterday. I thought that this moving average was going to hold, but the delay of the ETF listing by the SEC has discouraged the buyers. Today Bitcoin has broken the $6,500 level as well.

China Is Opening Capital Markets Further – The Chinese Securities Regulatory Commission released a statement early in the morning explaining that China will ease the regulation to attract more foreign funds, by allowing more types of foreign investments and broadening the access by foreign funds.

Italy Can Live with the EU Budget Rules – The Italian Deputy Prime Minister Di Maio said that Italy can respect the EU budget rules which allow a 3% ceiling of yearly debt. He also added that the EU budget restrictions must be improved. Italy has to finalize next year’s budget by September so it can propose it to the EU in October. This is a tricky situation. We don’t know if Italy wants a higher debt/GDP ceiling or whether it can cope with current rules.

Industry Sentiment in France – The industry sentiment indicator by the Bank of France remained unchanged at 101 points as expected. This indicator has been declining so far this year, but the decline has stopped for now.

Conte Says the Budget Will Be “Serious, Courageous, Rigorous” – The Italian Prime Minister Conte popped up for a press conference in Rome after Di Maio said that the budget will include a package of reforms and that easing bureaucracy will boost the economy. We surely hope it does but we have to see the draft first, don’t we Mr Conte?

US MBA Mortgage Applications – Last week, MBA mortgage applications fell by 2.6%, this week they declined by 3%. The refinancing index has fallen to the lowest level since the year 2000, so this report doesn’t paint a pretty picture.

Canada Building Permits – Building permits declined by 2.3% against 0.15% expected last month. Residential housing permits also fell by 5.7%, so this report is pretty negative, although the yearly numbers were a bit better, but still not good enough.

More rate Hikes for FED’s Barkin – The Richmond FED president Barkin said that the FED should continue to raise interest rates. He added that inflation is at FED’s target and unemployment is low. Positive comments for the USD after Trump complained a couple of weeks ago about higher interest rates.

The Conflict between Saudi Arabia and Canada Continues – If you haven’t heard, there has been a conflict between Canada and Saudi Arabia in the last few days after Canadian Officials condemned the imprisonment of human right activists in Saudi Arabia. The Saudis have instructed asset managers today to sell Canadian holding that they have.

US Crude Oil Inventories – US Crude Oil inventories are expected to decline by 2.8 million barrels. This is a volatile report, but it might have some effect on Oil and the CAD. 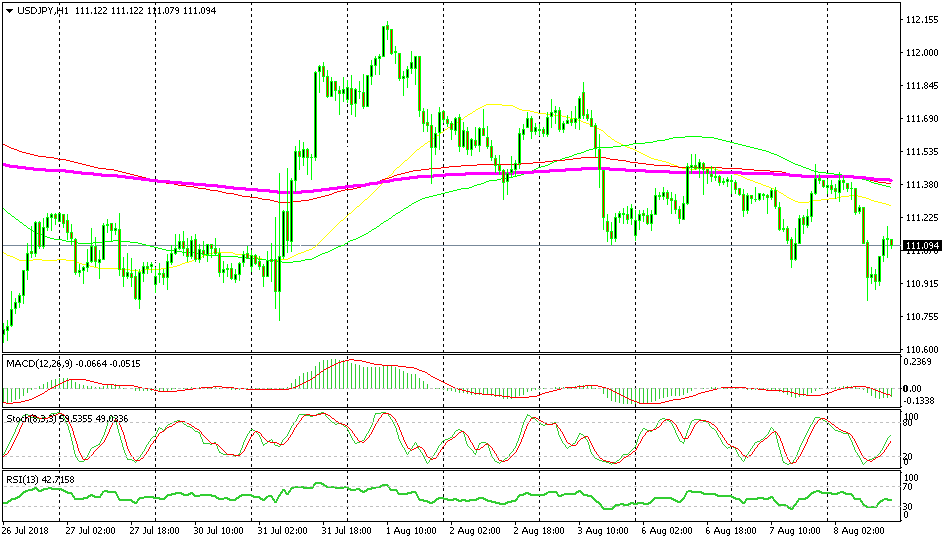 We sold before the reverse took place

USD/JPY has entered the next bearish phase today. This forex pair fell by around 60 pips from top to bottom but it is retracing higher right now. The best place to sell USD/JPY would be at the zone where the three moving averages are standing which is at 111.40. Although, the price has formed a doji which is a reversing signal and stochastic is approaching the overbought levels pretty soon, so this pair might reverse back down before reaching the moving averages. I will wait though.

The economic calendar is pretty light until the evening when the Reserve Bank of New Zealand will hold its usual meeting. So, the market sentiment will be doing all the work today. Barking gave the USD a small boost a while ago but that is over now.

U.S. Stocks Fall Ahead Of Close
2 days ago
Comments