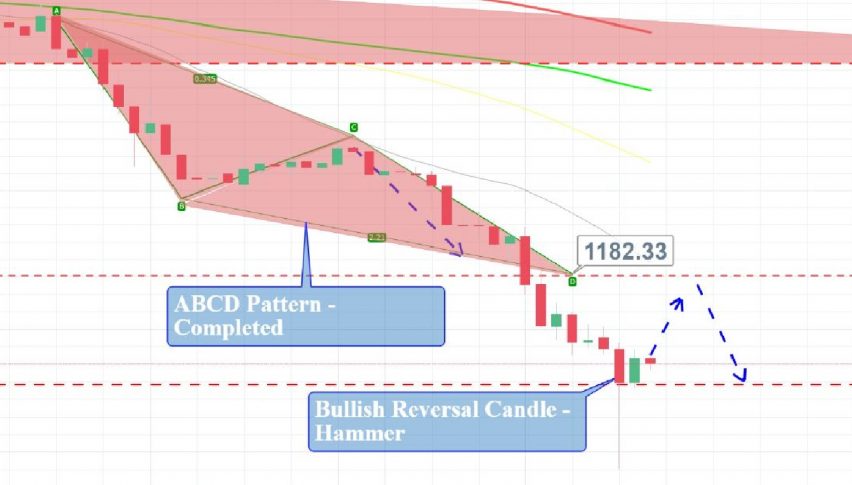 Recalling our earlier update ABCD pattern in Gold, the precious metal traded exactly in line with our forecast, helping our forex trading signal secure some nice profits. On Wednesday, gold prices shifted to their lowest since January 2017 amid the stronger dollar.

Well, the U.S. dollar also jumped to its highest level in 13 months and this is something we forecast in the previous economic events report. 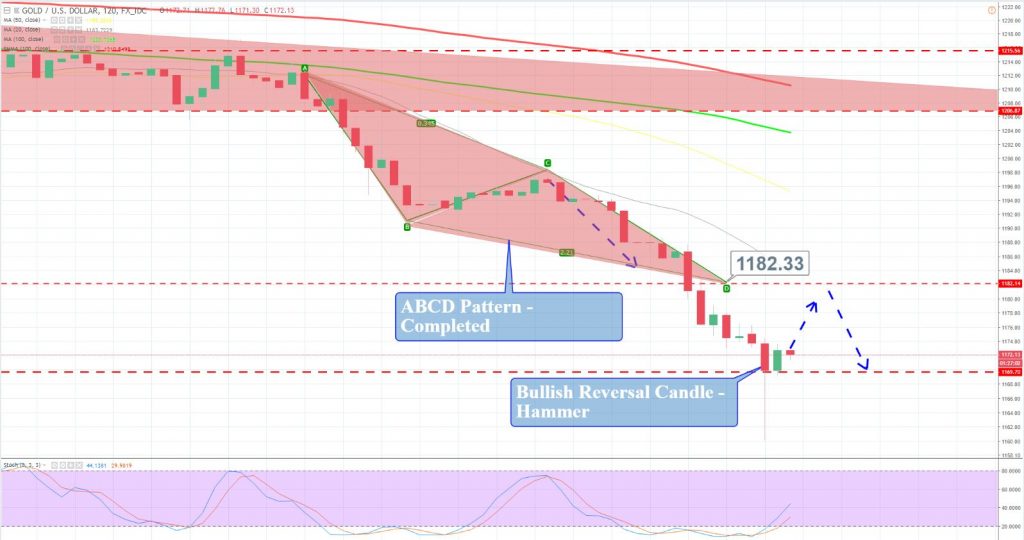 For the moment, gold is trading near $1,173 after placing a low of $1,160. It recently has formed a sort of a hammer candle pattern on the 2-hour chart. The hammer pattern followed by a strong bearish trend often causes a bullish reversal. That being said, can we expect a bullish reversal?