Forex Signals US Session Brief, August 20 – A Quiet Start of the Week in A Cautious Market - Forex News by FX Leaders 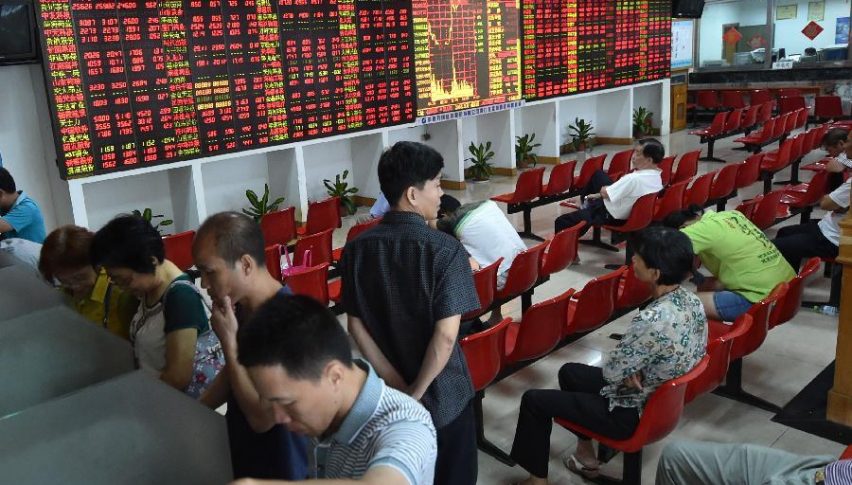 Forex Signals US Session Brief, August 20 – A Quiet Start of the Week in A Cautious Market

No one is watching the markets today

Last week wasn’t very volatile but there was some decent price action, especially in emerging market currencies. The Turkish Lira opened with another bearish gap and USD/TRY crept above 7 on Monday, although it retraced lower during the week as the central bank of Turkey hiked interest rates. But, I don’t think the worst is over for Turkey, not with Erdogan playing tough against the US. Today we are seeing another bearish move on the Lira ad USD/TRY makes a move higher. There was shooting at the US embassy in Turkey today which won’t help the matters; it will only escalate fears from investors if this continues and the money will flow out of Turkey, weakening the economy and the Turkish Lira further.

Although, the situation is pretty calm in financial markets but the thin summer market is pretty dangerous since small events might spark huge moves. So, don’t get carried away by the relative calm. The Chinese corrected against the USD and there were rumours that China was injecting USD liquidity in the markets, but the chart doesn’t show any reactions.

Eurozone Construction Output – The construction sector grew by 0.2% in July against 0.3% previously. Although. The annualized number from last month was revised higher to 2% from 1.6% and this month the annualized expansion of this sector came at 2.6%.

Shooting at the US Embassy in Turkey – There was a shooting overnight at the US embassy in Turkey from a car. Erdogan has rounded up and imprisoned many high profile army officials who were planning a coup against him apparently, so there should be no trouble finding these shooters. But, we know who ordered the shots.

Not Necessarily A Brexit Deal – EU’s Moscovici said that we might end up with no Brexit deal. He added that in theory, the Brexit vote could be reversed. Too bad there are no real politicians left in the UK anymore.

German PPI MoM – The German producer price index grew by 0.2% against 0.3% expected. Although, the annualized number remained unchanged at 3.0%.

Erdogan Shows Muscles Again, with Words – Turkish President Erdogan played tough again this morning saying that an attack on Turkey’s economy is an attack on our flag and on our call to prayer. Not sure what those last words mean. Those who are targeting the exchange rate will soon see they are mistaken. Still, just words. Does he know that such comments scare investors away, thus making things worse?

Moscovici Speaking Again, This Time About Italy – EU’s Moscovici said that he is not worried about Italy and hopes that there will be no fighting with Italy’s Salvini. Investment priorities are up to Italy but EU must not change the rules of spending. After the fall of the bridge in Genoa which killed many people, Italy will need to do some spending on infrastructure.

UK Rightmove HPI – The house price index fell by 2.3% in July. This is turning into a bearish trend after the 0.1% decline in June and the trend is picking up pace.

BOC Council Member Wilkins Speaks – The Bank of Canada member Wilkins will hold a speech at the Central Bank Research Association meeting but I don’t think there will be much impact on the CAD though. It’s wise to keep an eye there just in case there is a surprise.

FED’S Bostic Speaks – The FED member Bostic will speak at 2 pm GMT at the Johnson City Chamber of Commerce in Tennessee. This might have some more impact than the previous speech because there will be questions from the audience, so we will see what’s his take on inflation and growth. 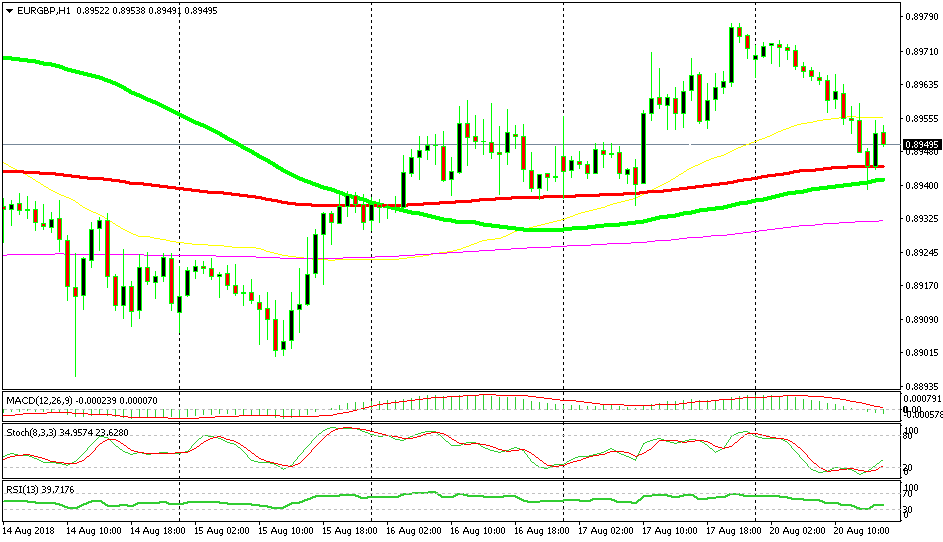 The 100 SMAs put an end to the decline today

The major trend has been bullish for EUR/GBP, but the smaller timeframe trend used to be bearish two weeks ago. Although, the smaller trend turned bullish as well last week. Today in the European session, this pair was retracing down but it seems as the retrace is over now. The 100 SMAs (red and green) provided support and the stochastic indicator became oversold. Now the price is starting to reverse higher so we are at the beginning of the next bullish move.

The market is still pretty close despite the US session being underway. The economic data will be very light in the afternoon, so I expect things to die out slowly until the evening when the RBA governor Lowe speaks. The sentiment has turned a bit sour at the moment by the way as USD/JPY slips lower.