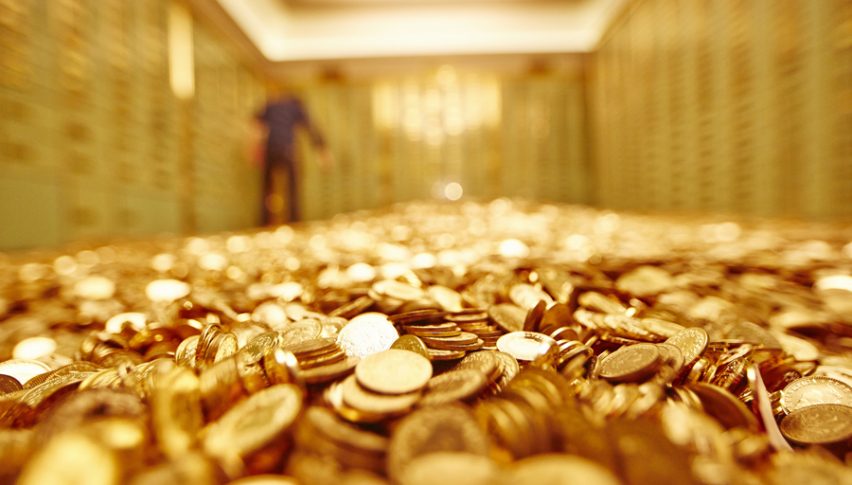 Forex Signals US Session Brief, August 27 – Gold and Turkish Lira Make a Move in Opposite Directions

Gold has made a bullish turnaround

Today the UK is off for a bank holiday weekend, and adding to that the fact that the liquidity is thin for summer, the markets are reacting in a strange way. Forex has been rangy and quiet. The USD has found some decent bids during late Asian session and early European session but in the last several hours the USD has resumed the bearish trend of the last week. The USD index is slightly lower on the day but the 50 SMA is holding the line as support on the daily chart timeframe.

One thing to notice today is the situation in safe havens. The Swiss Franc is little changed against the USD but the Yen is 30 pips higher. Gold (XAU) is also little changed but it is holding on to the gains from last Friday, so the trend might be changing in the short term. Although, I can’t say this is a run for safe havens because stocks and indices have been quite bullish today. They opened with a bullish gap higher and are still crawling up, albeit slowly. The Turkish lira on the other hand, resumed its bearish trend and lost around 5% today against the USD which is down, so the decline should be bigger against a weighted basket of currencies. Well, we knew the decline wasn’t over for the Lira but the problem is that it might be contagious for other emerging market currencies.

German Ifo Business Climate – The business climate posted an unexpected jump today as it came to 103.8, up from 101.8 expected. The trend has been bearish since early in the year after Donald Trump started the trade war and this month was expected to be the same. But, the climate improved for German businesses and it seems that the truce reached between Trump and Juncker last month has improved the sentiment at least for now.

Uncertainties for Global GDP Growth – The Finance Minister of France Le Maire said that trade war has been avoided but uncertainties remain due to US tariffs. Expect GDP growth to be around 1.7% in 2018 which is lower than it was previously thought several months ago.

Bullish Indices – Indices opened with a bullish gap higher last night/this morning and they are continuing to climb higher, albeit slowly. We are long on indices so this is going in our favour. Still holding on to our long term DAX signal.

Another Appeal for the US Pastor – The US pastor who has been detained in Turkey will apply for appeal in the Turkish constitutional court but it is almost certain that the appeal will fail. This shouldn’t be on forex news, but it is one of the reasons for the decline in the Turkish Lira and the doubling of tariffs on Turkish Steel and Aluminium.

Mexican Peso Turns Bullish on NAFTA Talks – There was news today from a Mexican Official that the talks between US and Mexico regarding the NAFTA trade deal was concluded and that it will be announced in the afternoon. He also said that Canada will get engaged now, which gave the Mexican Peso and the Canadian Dollar a boost.

Cryptocurrencies Remain Sideways With A Bullish Bias – Bitcoin opened the day with a bearish candle on the H1 chart, but it reversed and has been climbing higher since then. It remains unchanged on the day, but the pressure is on the upside at the moment. 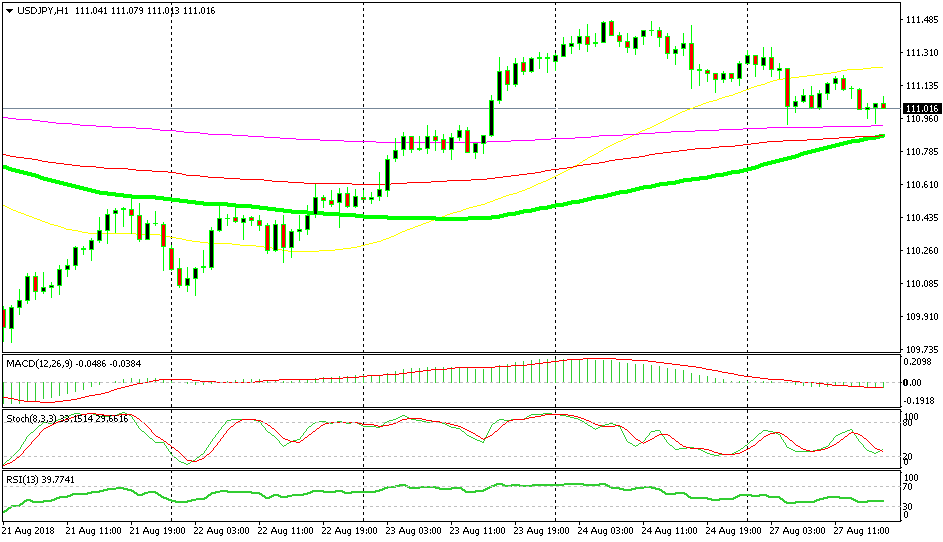 The moving averages are clustered together

The trend has been bullish last week and we opened a couple of buy signals in this pair. But today the pressure has been on the down side, although I see this as a retrace of the bigger uptrend. The retrace seems to have ended now so we decided to open another buy signal. The moving averages are resisting in the H1 chart and if you change to the H4 chart you can see that 100 SMAs are providing support there as well. Stochastic is oversold on both time-frame charts so the retrace lower is complete.

There are no more events in the economic calendar so I expect the price action to die out soon. The USD is retreating at the moment but I don’t think this will last much longer. The decline in USD/JPY has stopped so I expect a bullish reversal soon.