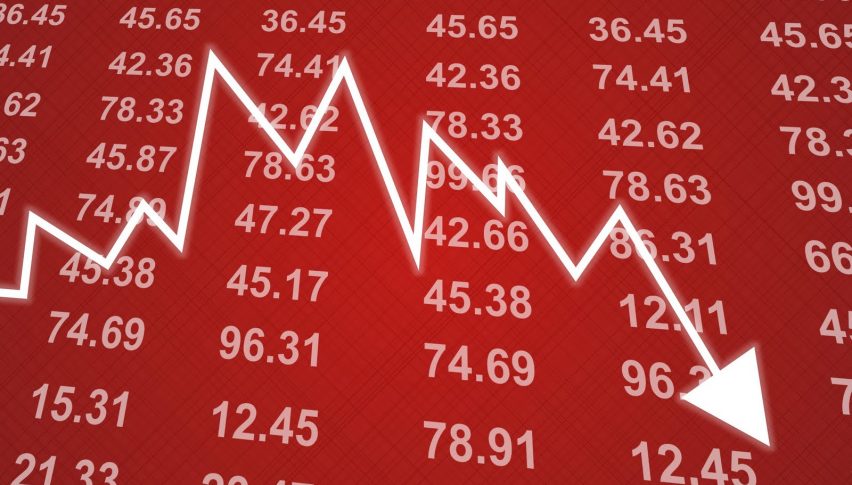 Most markets have turned bearish today

The market sentiment has been positive in the last few weeks. But today, the risk is off again so this might be the beginning of a period when traders cave in and markets retreat. If you see the charts of risk assets during the last few weeks such as Indices and Commodity Dollars, they have been on a bullish run. On the other hand, safe haven assets such as the JPY, the CHF and Gold have been losing ground. Although, Gold made a bullish turnaround last week after trending down for months. Could that have been a sign of a shift in the market sentiment?

Perhaps it was. Safe haven currencies have turned higher recently and as a result, EUR/CHF has lost more than 100 pips in the last few sessions while USD/JPY turned bearish today after the surge higher yesterday.

Will this last? Maybe, but we are drawing close to the end of the week on the last week of August, so we might see markets trading water in the next few sessions until everyone comes back loaded in September.

German Import Prices – Import prices were expected to remain unchanged this month in Germany but they posted a 0.2% decline. This is the first decline in import prices since March. It might affect inflation next month but it is not a major data point.

German CPI Inflation – Consumer price index CPI inflation came at 0.1% as expected this month. Last month stood at 0.3% but we knew we wouldn’t see last month’s numbers today because the regional CPI numbers have been coming out all morning and they have been way below last month’s inflation figures.

Spanish CPI Inflation – The CPI inflation expectations for the year remained unchanged at 2.2% in Spain. Inflation jumped higher in May and it has been holding above the ECB’S 2% target since then.

China Still Hopes for Negotiations – The Chinese Commerce Minister said that China and US had constructive talks on current trade issues and only negotiations as equals can resolve things. They are referring to the discussion between both countries last week, but Trump and his associates have made it clear that now is not a good time to talk properly. So, these comments from China are just wishful thinking.

No Brexit Deal Still possible for Germany’s Scholz – The German Finance Minister Olaf Scholz said that a disorderly Brexit is a very real possibility. We heard encouraging comments from EU’s Brexit negotiator Barnier yesterday and Barnier is still in Germany. I suppose the two have talked about Brexit, so these comments from Scholz are pouring cold water on a Brexit deal.

EU Willing to Drop Car Tariffs – There was a report from Brussels saying that the EU is willing to drop tariffs on car and industrial imports from the US. This should be good news for the stocks, but I don’t think that Europeans will hurry to buy US cars given the different models and different infrastructure of the European road systems. The largest part of the US cars are just too massive for Europe and they consume a lot of petrol.

More Good News for Financial Markets to Come – Donald Trump tweeted a while ago that news from financial markets are better than expected and there is more good news to come. He is referring to record highs for US stocks in the last couple of days but what does he mean when he says there’s more to come? Does he know something we don’t?

Canadian GDP Growth Slows – Last month, the Canadian monthly GDP number posted a surprising jump by 0.5%, but today it fell flat at 0.0% against 0.1% expected. The annualized GDP number declined to 2.9% from 3.1% previously.

US Core Price Inflation – Core price inflation came at 2.0% as expected this month, up from 1.9% previously. This takes the core inflation to the 2% target set by the FED while the headline inflation number stands much higher. This strengthens FED’s view to keep hiking interest rates.

US Personal Spending – Personal spending increased by 0.4% this month in the US. The pace of growth is pretty decent here and the USD has gained around 30 pips after the report.

US Personal Income – US personal income increased by 0.3% as expected, slightly lower than the 0.4% increase that we saw last month. 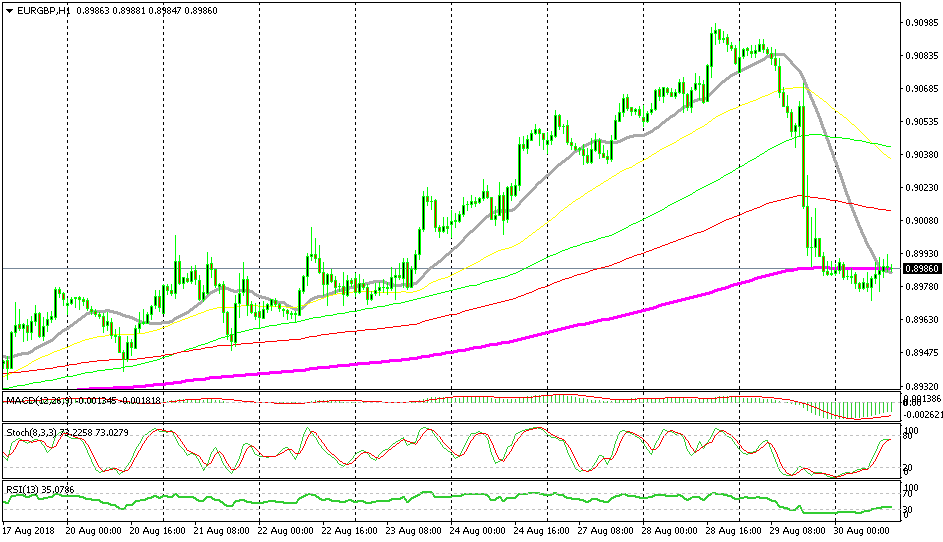 The chart setup is pointing to a bearish move soon

EUR/GBP has been bullish for weeks but it has turned bearish now after Michel Barnier sounded very positive about a Brexit deal yesterday, which is the first time to hear such comments. EUR/GBP lost around 100 pips yesterday but has been retracing higher today, the retrace up seems complete now because stochastic is overbought and the 20 SMA (grey) and the 200 SMA (purple) are providing resistance.

EUR/GBP has already made the bearish move as I was wrapping up this US session brief. The economic data from the US was released and it seems to be supporting the USD, while risk currencies have taken another dive. So, the sentiment continues to turn dovish as risk currencies continue to slide.

Forex Signals Brief for May 18: USD Gets Beaten Up on Risk Reviving, But Cryptos Don't Benefit
8 hours ago