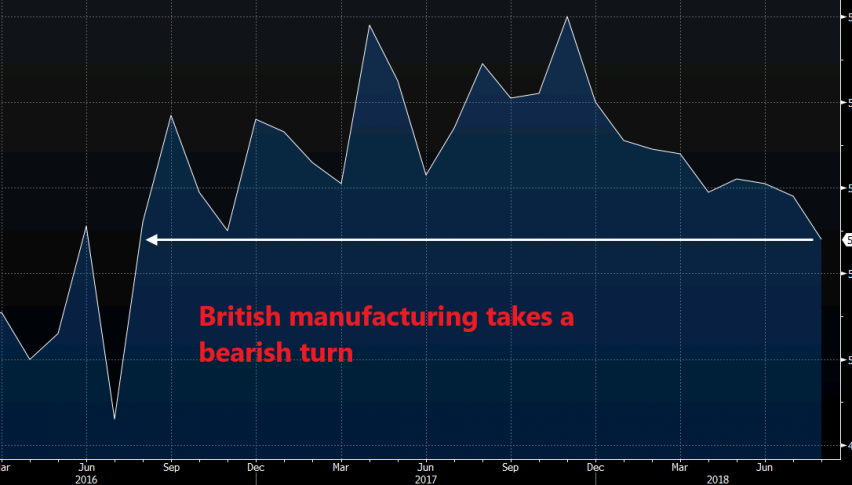 The UK manufacturing report was released a while ago. We covered it live in our calendar section where we explained the numbers of the recent months as well as the impact that this report had on the GBP pairs, so have a look at our calendar if you are haven’t already.

The manufacturing sector was doing really well late last year and early this year. This indicator used to be at around 56 PMI points during that period and, in December, it even jumped to 58.3 points.

But since then, the manufacturing sector has been cooling off consistently. It declined to 55 points first, then it slipped to 54 and last month was also revised lower, from 54.0 PMI points to 53.8 points. Today, the manufacturing index came at 52.8 points, more than a point lower from expectations which were at 53.9 points.

So, this sector of the British economy is heading south. This week, there are many calendar events since it is the first week of September and everyone is back from holidays. The UK service sector report will be released on Wednesday which might offer another negative surprise for the GBP, but before that we’ll have the inflation report from the Bank of England so that will likely shake the GBP market. Although, we will cover it live tomorrow, so make sure to follow our forex calendar.