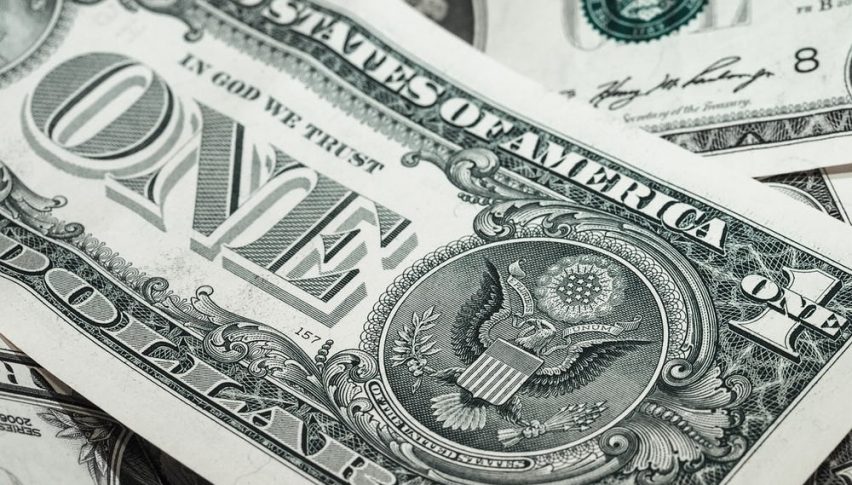 The demand for the USD has returned

The day started with the Reserve Bank of Australia (RBA) holding interest rates on hold at 1.50% early in the Asian session. That was expected, but what came as a bit of a surprise was the outlook that the RBA had for the economy. Wages, inflation and consumption are not as they should be on an economic expansion and in recent weeks we have also seen some negative events for Australia such as the expulsion of Huawei from Australia and Westpac increasing interest rates, apart from the trade war which will affect the Australian economy. So, the market, including me (yes, we are the market), was expecting the RBA to sound dovish today.

But, they brushed aside everything and the glass looked half full from their perspective instead of half empty. As a result, AUD/USD jumped 50 pips higher during the relief rally. But, it turned bearish again and lost 80 pips during the European session as the USD resumed the uptrend which it started yesterday. Speaking of the USD, it was declining pretty fast in the previous few weeks, but it has resumed the major bullish trend this week.

Spanish Unemployment Change – The unemployment in Spain has been declining steadily by nearly 100k a month in the last several months. Although, last month unemployment decreased by just 27k which wasn’t a good sign. This month, unemployment increased by 47k, more than the 35k expected.

Eurozone PPI – Producer price index inflation was expected to grow by 0.3% this month, but it increased by 0.4%. We have seen some really decent PPI numbers in the Eurozone during the last three months, so there is a chance that it will help accelerate the CPI (consumer price index) in the coming months.

UK Still Pushing for Chequers Plan on Brexit – The UK permanent secretary at the Brexit Ministry said that work has been done on the economic analysis of the impact that Chequers plan on Brexit might have. So, the UK Government is just sticking to this proposal then, even though the EU has made it clear that it doesn’t like it. Again, no Brexit deal it seems.

No Rate Hike from the RBA – The head of the Reserve Bank of Australia, who just popped up, continued the rhetoric from the statement this morning saying that any moves in cash rates still seem some way off, but if there is one, it will be up. He praised the economy, but at least acknowledged the risks that come from emerging markets and the global trade war.

FED’s Bullard Defies Trump – Trump doesn’t like rate hikes but Bullard said that most of his colleagues see a rate hike in September, meaning that September is a closed deal for hiking rates. He added that Trump has more influence on the FED with appointments than with tweets, meaning that we should ignore Trump’s tweets about FED’s monetary policy.

BOE Inflation Report Hearings – Members of the Bank of England are testifying on economic projection before the British parliamentary committee and Carney said that the BOE doesn’t have a plan for a no-deal Brexit scenario. He added that this would bring another squeeze on real income and that GBP would fall if that is to happen. 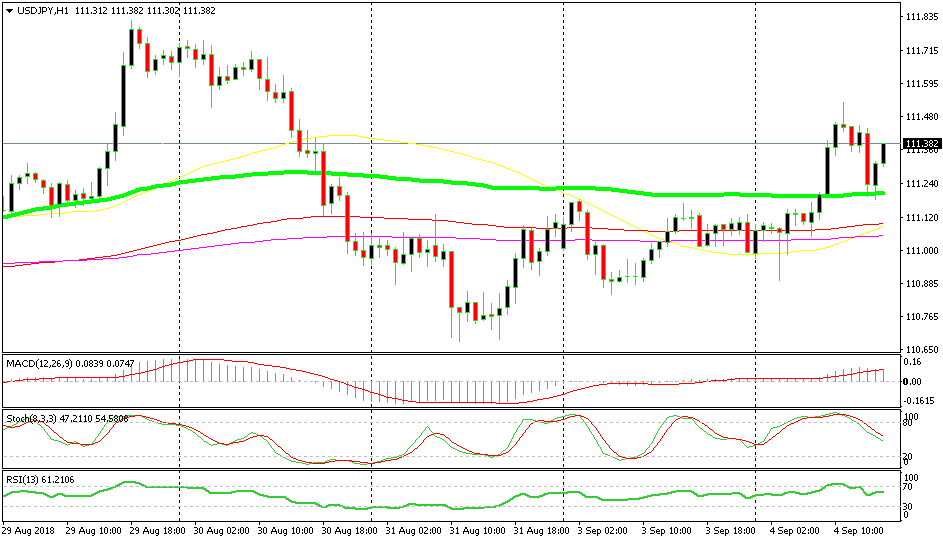 The 100 SMA used to be resistance, but has turned into support now

USD/JPY turned bullish last Friday after having traded in a bearish trend all week. But the 100 SMA (green) has been scaring the buyers off for the last few days. That moving average was broken this morning and it turned into support as USD/JPY retraced lower during the European session. It held the decline well and the price reversed after failing to break back below it. Currently, we are seeing the next leg of the uptrend.

The US Dollar is back in full control of the situation today after the positive signs we saw yesterday. So, this seems like the beginning of the next leg of the bigger USD uptrend. Bitcoin is also crawling higher, so we will continue to hold on to our buy signal here.