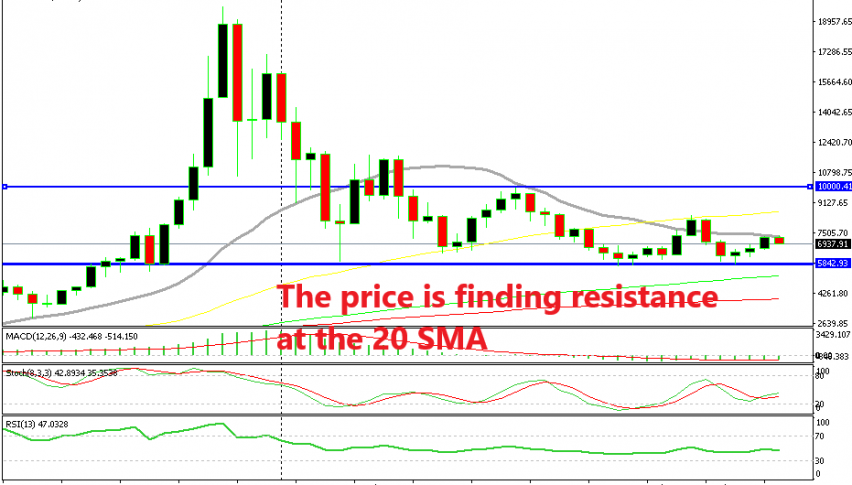 Is Germany making a separate deal with the UK?

Today, the highlight of the day has been the UK services report. I could have included the interest rate decision by the Bank of Canada, but they will keep rates unchanged so there’s not much action expected from that event. We have seen some negative economic data from the UK recently, so there was a chance that today’s report could have been another disappointing one. But, the services come out pretty decent at 54.3 points, up from 53.5 points previously. That should have provided some relief rally for the GBP, given that it is by far the biggest sector for the British economy.

But, the GBP remains locked in the Brexit trading mindset, which leaves little room for buyers right now. GBP/USD lost around 80 pips from top to bottom today. Bitcoin is another asset which joined the bearish trend of the GBP. Bitcoin and other major cryptocurrencies have made a bearish turnaround today. Bitcoin has been on an uptrend in the last few weeks, but it broke that trend line today, although the uptrend is not over yet until we move below last week’s low. The reason for this turnaround came from Goldman Sachs which is halting its plans to build a cryptocurrency trading desk.

UK Services PMI – After the disappointing construction report today, the market was remaining on the sidelines before the release of the services report from the UK. But, services moved from 53.5 points previously to 54.3, beating the expectations. Nonetheless, the GBP kept sliding lower against most other majors.

Merkel’s Coalition Wants to End Low ECB Rates? – There was a draft document from Merkel’s coalition partner, the CSU, which said that the EU should end its bond buying programme and that the new president might take measures to stabilize prices, meaning hiking interest rates. Is the ECB monetary policy going to be affected by this?

More Budget Talk from Italy – The Italian deputy PM Di Maio said that Italy will keep its finances in order but the budget will also be courageous. The additional comments were just as contradictory, so it remains very unclear how this will end for Italy.

Irish Border the Only Brexit Issue – These were the words of UK’s Lidington. He added that the EU and the UK have agreed on 85% of the issues and that PM May is very committed to Chequers deal. Well, the Irish border alone could leave Britain without a deal, but on top of that, the EU has rejected the Chequers plan.

Canadian Trade Balance – The trade balance in Canada was expected at -1.1 billion, but the deficit was only 0.1 billion. The trade deficit used to be around 3 billion for a long time, but it has been declining in the last several months and now seems like it might turn into a surplus in the coming months in Canada.

No Second Brexit Referendum Says may – British PM Theresa May said at the Parliament early that they are still working on a deal by October but the country should be prepared for a no deal scenario. The same old words.

A UK-Germany Deal? – There was a report published on Bloomberg just a while ago citing competent names which points to a soft Brexit exit. The report said that Germany and the UK will seek fewer details on post Brexit ties and the shift of Germany’s position could ease the path for a Brexit deal. These comments sound very positive and the GBP has jumped higher, finding itself 200 pips up from the lows. Hmmm, we have heard similar remarks before but Britain still looks to be heading towards a no deal. Is this another great opportunity to sell the GBP?

BOC Interest Rate Decision – The Bank of Canada is expected to keep interest rates unchanged today, so the market will be more interested in the statement. Although, the economic data has been positive recently so I expect a hawkish statement 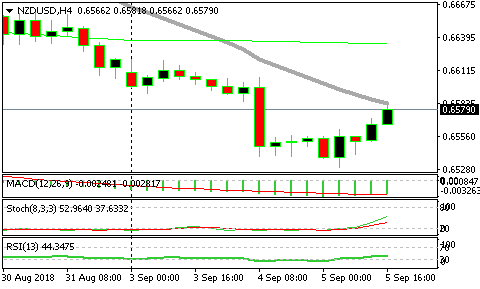 The 20 SMA is supposed to turn into resistance here

We sold NZD/USD a couple of hours ago as this pair was retracing higher after being in a downtrend for more than a week. The price was just below the 50 SMA on the hourly chart and the stochastic indicator was overbought. But, the NZD got pulled up by the rumours about Brexit together with the Euro and other risk currencies as the sentiment improved a little. Now, the price is just below the 20 SMA (grey) on the weekly chart. Stochastic is not overbought yet but will be soon, so this is a good chance to sell this pair.

Another positive Brexit rumor and the GBP jumps 200 pips higher. But how true is this? We have heard such rumors numerous times before so this might be yet another fluke. In that case, this would be a great opportunity to get on the short side of the GBP. But, let’s wait some time for more information on this issue.

A Whipsaw Post-FED Session For USD, U.S. Equities
16 hours ago