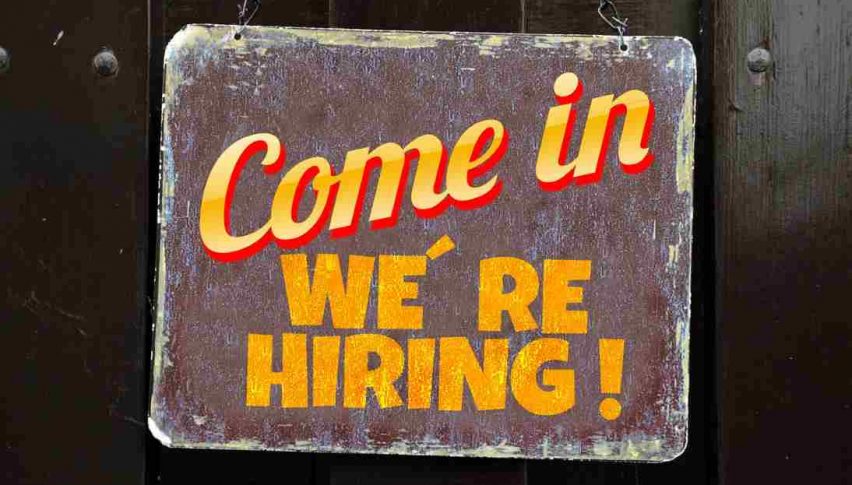 U.S. Indices Open In The Red Despite Strong NFP

Wage growth and employment levels came in exceptionally strong during the U.S. pre-market hours, but equities traders haven’t noticed. For the first half-hour of trade, the DJIA is off fifty points and S&P 500 five. Participation has been heavy, creating whipsaw trading conditions following the explosive U.S. Non-Farm Payrolls and Unemployment reports.

Why Are The U.S. Indices Struggling?

Economic data releases always bring heavy participation to the stock market. Everyone has an opinion on what the metrics ultimately mean — alternate interpretations foster unique bets. The result is often chaotic price action.

This morning’s U.S. economic releases were solid for the most part. Here is a look at the hard data:

Featuring over 201,000 new jobs for August, the U.S. economy continues to grow rapidly. Average Hourly Earnings have reached levels not seen in nearly a decade, while the Unemployment Rate stayed below the key 4.0% benchmark. For now, things on the jobs front look rosy.

The early weakness in U.S. equities may be fleeting. Traded volumes are robust, which suggest that the markets are in the process of digesting this morning’s economic data. With such a positive NFP report and wage growth, a directional break in the U.S. indices is likely before today’s closing bell.

On the forex front, it is all good news for the USD. Values are up across the majors, featuring big moves against the Euro, Japanese yen, and Australian dollar. As the day rolls on, we will dig into the technicals facing a few of these major pairs.

Today’s numbers have currency players liking the notion of a December FED rate hike, and betting accordingly. The odds on the CME FEDWatch Index have spiked to 73% for a 25 bps December rate hike, the year’s fourth. Is a second-half bull market for the Greenback now the order for coming months? It is certainly beginning to look that way.