Dramatic Bullish Wave in Crude Oil – What’s going on in the market?

The Four-Day Win Streak For WTI Crude Oil Is Being Challenged.

During the London session, WTI crude oil jumped dramatically by 1.24% after Saudi Arabia symbolized it was satisfied with a higher price range ahead of a meeting between principal producing countries in Algeria. According to the news updates, Saudi Arabian officials said they are happy with Brent prices moving over $80 a barrel as markets adapt to the loss of supply from U.S. sanctions. 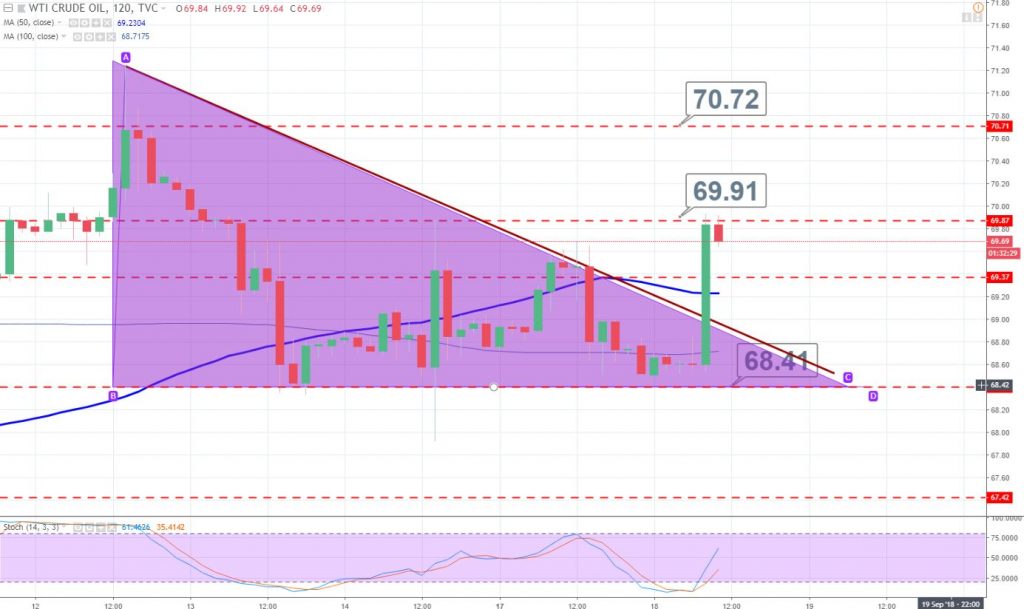 The remarks came after the Organization of the Petroleum Exporting Countries and Russia urged that U.S. sanctions against Iran, OPEC’s third-largest supplier, could put weight on the global markets. Iran is already feeling the heat of November 4 sanctions as their exports have started falling.

Technically, crude oil has violated the descending triangle pattern which was proving $68.80 a strong resistance. It can drop to $69.30 for a slight correction, but the odds of a bullish trend still remains strong. WTI can face an immediate resistance near $69.95 and $70.75, while the support prevails at $68.40. Good luck!