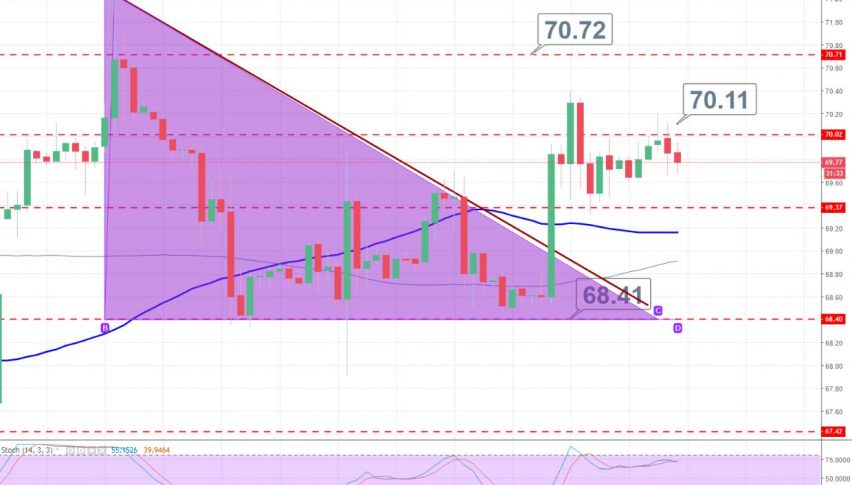 During the London session, WTI crude oil traded sideways in a narrow trading range of $69.35 – $70 and that’s because of the upcoming EIA report which is due in the U.S. session. In addition, crude oil got bullish momentum after Saudi Arabia symbolized that it was satisfied with a higher price range ahead of a meeting between principal producing countries in Algeria. According to the news updates, Saudi Arabian officials said they are happy with Brent prices moving over $80 a barrel as markets adapt to the loss of supply from U.S. sanctions. 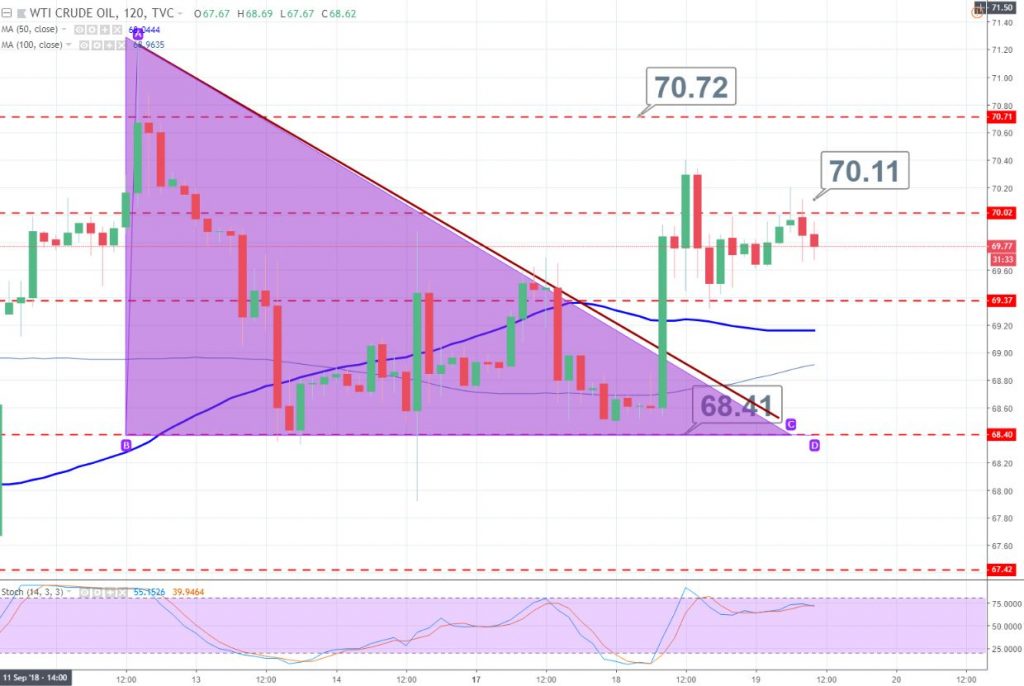 The technical side hasn’t changed much. Crude oil violated the descending triangle pattern which was proving $68.80 a strong resistance. It can drop to $69.30 for a slight correction, but the odds of a bullish trend still remains strong. WTI can face an immediate resistance near $70 and $70.75, while the support prevails at $69.40. Good luck!