Has the Major USD Uptrend Come to An End? - Forex News by FX Leaders 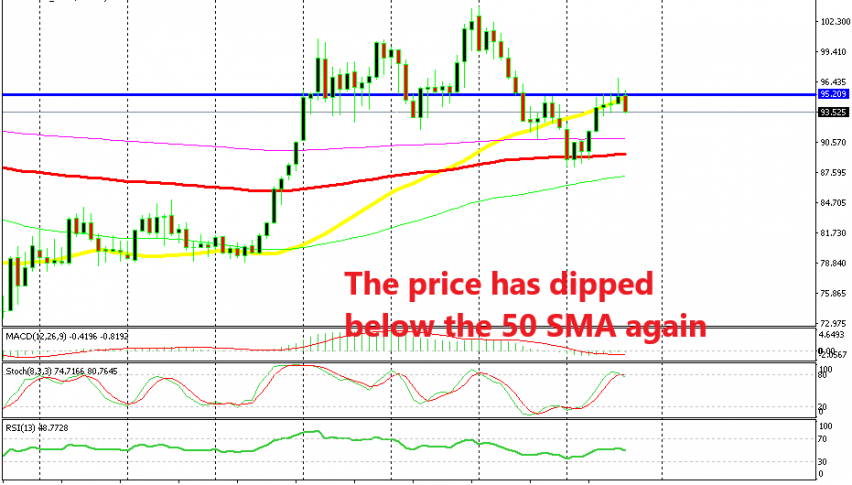 Has the Major USD Uptrend Come to An End?

The USD has been on a major uptrend this year which started at the beginning of the year and picked up pace as months went by. As you can see form the monthly chart above, the USD index (USDX) found support early in the year at the 100 SMA (red) and it started the uptrend from there.

It went pretty well in Spring but the buyers had some difficulty breaking above the 50 SMA (yellow). The price stalled there for a couple of months, but in August the buyers managed to push above it. The monthly candlestick closed above it which meant that the 50 SMA was broken. The resistance level at around 95 was broken as well.

Although, the USDX reversed back down and now we are back below the support line as well as below the 50 SMA. The stochastic indicator is overbought and it is reversing down, which is another sign that the bears might be in control now. 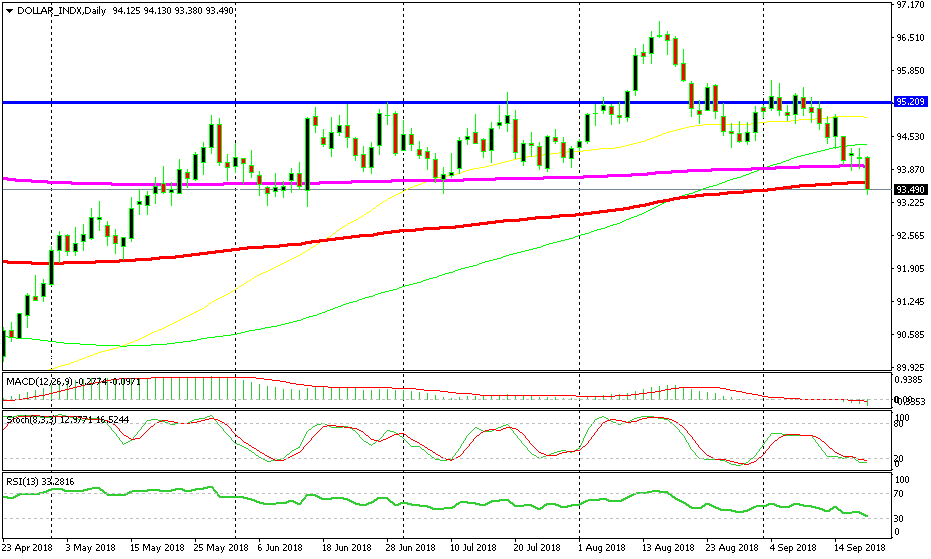 The 200 SMA has already been broken

Switching to the daily USDX chart, we see that the 200 SMA (purple) which provided support in the last few months has now been broken. The price formed two dojis in the last two days and stochastic was oversold which was a good chart setup for a bullish reversal.

But today, the USD went through another selloff period and the break was definite. The 100 SMA (red) has also been pierced but let’s wait till the end of the day because the price is still pretty close to it. So, the picture looks pretty bearish now but it is still too early to tell if the trend has changed completely for the USD of whether this is just a decent retrace. Let’s wait for the week to close and then we can make a better judgment on it.