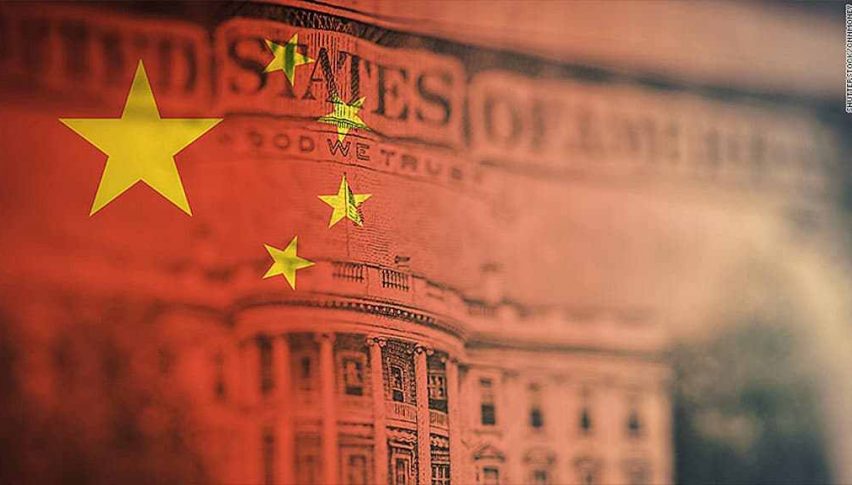 What’s Left For China to Shoot, An Atomic (Bomb) Bond?

China holds more than $1 trillion of US debt in the form of Treasury bonds.

China is one of the dozens of countries which holds an arsenal of nuclear weapons. They come in handy to scare off potential enemies but I don’t think China will use any of them anytime soon or ever I hope, especially not in this trade war that has started this year between the two global economic and military giants. OK, Russia might be a small step ahead of China in military but they are catching up quickly with massive military projects. They are also spending on massive infrastructure project in China, in Southeast Asia and in other parts of the globe such as in Africa. So, they are on the way to challenge the US as the dominant global power.

But, they are also playing dirty in some aspects, such s in stealing Intellectual Property. They also have a massive trade surplus with the US which is the cause of this trade war with the US. The US is trying to decrease the trade deficit with China and they are using tariffs as a weapon. China has been responding in the same manner but after the introduction of the $200 billion new tariffs, it seems as China is reaching its limits.

Although there are some more guns that China can use to fight its battle. One of them is depreciating their currency, the Yuan to make exports cheaper and more appealing to the US consumer. They have been doing that but they cannot continue with it forever, because at some point inflation would surge in China which would put the Chinese on a difficult spot.

Another weapon that China has in the arsenal is diversifying the export partners. They have been doing that for some time now. They have invested in infrastructure projects in Southeast Asia and in Africa. The are also investing in the Silk Road to bring China closer to the European market which would also include all the countries in between.

The major weapon that China could use would be the US Government it holds. China holds around $1.17 trillion of US debt, with Japan coming second at $1 trillion. The third in line is Ireland with around $300 billion. That is a major portion of the US debt that China holds. But if China decided to use this weapon, they would suffer heavy losses since the price of the US bonds would decline dramatically just from the announcement of that. Different sectors of the economy in China are already really indebted such as the China Railway Corporation and the construction sector. More debt would be really bad in a trade war and it would also increase the interest payments as interest rates increase.

What would happen on the other side?

The total US debt stands at more than $21 trillion and it has been increasing by $1 trillion a year in the last decade. The US government/administration relies on debt for infrastructure spending, so if China decides not to buy any more and the interest rates for treasuries go up as well when the FED is already hiking, that would make the situation pretty toxic. White House administration would have to cut down on spending, which might hurt Donald Trump’s presidency. Hence the name the Atomic Bond. It would be pretty bad for both countries from the economic perspective and it might even put the global economy on another recession. Chances are slim right now that China might use this weapon of mass destruction, but the possibility is there. We will have to see how this trade war evolves from here on.