Forex Signals US Session Brief, September 26 – Everything on Hold Ahead of the FED Meeting - Forex News by FX Leaders 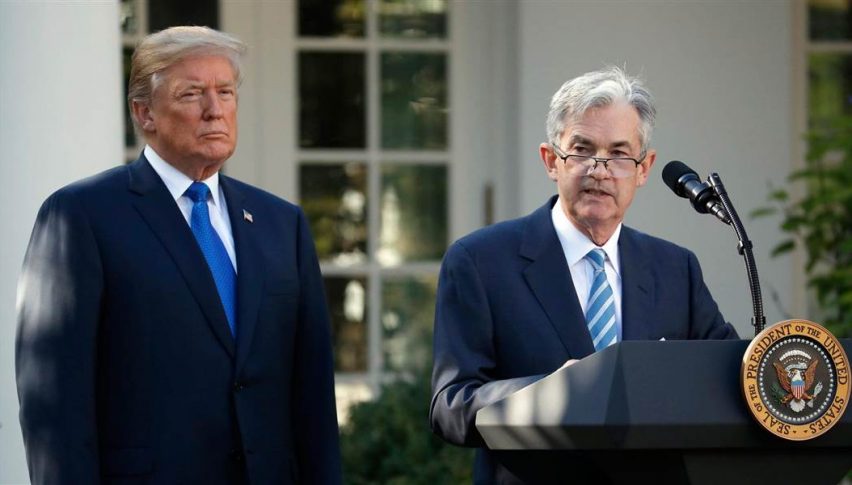 Forex Signals US Session Brief, September 26 – Everything on Hold Ahead of the FED Meeting

Today's FED Interest Rate Decision Will Surely Be Critiqued By The White House.

Today is Wednesday, so the big day is finally here. The FED meeting is scheduled for 18:00 GMT today and they are widely expected to hike interest rates again. This will be the third time they increase interest rates this year. They are expected to increase rates from 2% to 2.25%. The market is totally expecting that and another rate hike is expected this year as well, most probably in December. But, the projections for economic growth, inflation and the monetary path from the FED are a major uncertainty for forex traders since the White House administration is taking its own path regarding trade and that might alter the FED’s path somewhat.

That is the biggest concern for this meeting, so the economic projections and the press conference from the FED are pretty important today. In the Asian session, Commodity Dollars jumped higher on negative economic numbers from New Zealand believe it or not, but they reversed back down during the European session. It seems that the Italians are coming together on the budget and they will also include citizens income, while the EU chief Brexit negotiator Barnier said that they are still working on a Brexit deal. Too bad that the French think that a good Brexit deal will be disastrous for Britain, tough life.

A Positive Brexit Deal Would be Suicide for the EU, says France – French Finance Minister La Maire said early in the morning that the EU has more important matters to take care of than the future of the UK and that any decision which gives the impression that you can leave the EU and keep all the benefits would be suicide. He is right about that.

EU’s Moscovici Wants Italian Budget Deficit Below 2% – The European Affairs Minister Pierre Moscovici said early in the morning that the 2019 budget deficit must be well below 2%. I don’t think that will happen if the citizens income plan is implemented. Rules are for a 3% deficit and I think Italians will get as close to the ceiling as possible.

Italian Finance Minister Backs Off – The “populists” of Lega Nord and Cinque Stelle in Italy who are in power and are normal citizens trying to make things right in Italy, have pushed for a higher budget deficit, something close to 3%. But the finance minister who is a technocrat wants a lower deficit, which would leave out the citizens income. Today, he said that the budget will include citizens income, but I’m not sure they can keep it below 2%. Tomorrow they will present a draft of it so we will see.

China to Cut Import Tariffs – The Chinese cabinet has decided to cut import tariffs on some products which involve US goods as well. They said it will lower costs for Chinese people by around 60 billion Yuan, but it might also be that they are folding their hand in the trade war with the US.

US Mortgage Application – The US mortgage applications for last week increased by 2.9% against 1.65% previously. All components are higher, such as the market index, the purchase index and the refinancing index.

EU Worried About Brexit – There are rumors in Brussels that the EU wants to intensify plans in case of no Brexit deal. The EU will discuss emergency preparations today if negotiations fall apart. Barnier and Jeremy Corbyn of the Labor party are to meet tomorrow, just in case Theresa May is thrown off.

US New Home Sales – New home sales are expected at 630k today. But last month’s number was revised down to 627k from 643k. The trend has been decreasing because new home sales used to be at around 700k several months ago.

US Crude Oil Inventories – US Crude Oil reserves are expected to fall by 0.7% today. They have been decreasing for the last five weeks, so this won’t be new.

FED Meeting – The Federal Reserve is meeting today and they will increase interest rates to 2.25% from 2.00%. Everyone is expecting that, so I don’t think there will be much action on that. There will definitely be action although not from the rate hike. Donald Trump doesn’t want the FED hiking interest rates so that might have an effect on the statement and the press conference, which will be very interesting to follow. 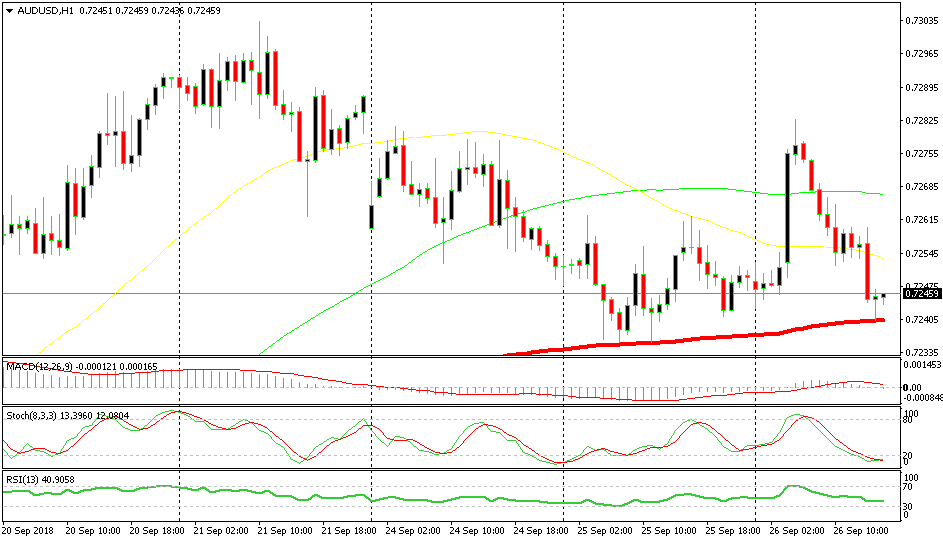 The 100 SMA is providing solid support

AUD/USD jumped around 40 pips this morning on some economic data from New Zealand which was negative, but not as bad as last month. But it has reversed down, completing a retrace now as stochastic has become oversold. Although, this might be the end of the retrace since the 100 SMA (red) is providing strong support. The previous candlestick formed a hammer which is another bullish reversing signal.

With the FED meeting approaching, the markets will get stranger and probably quieter until the evening. Although, we are still here so let’s see what we can trade until then. I expect a lot of volatility after the meeting and during the press conference from Powell though.

Forex Signals Brief for May 23: Will the USD Retreat End This Week?
3 days ago