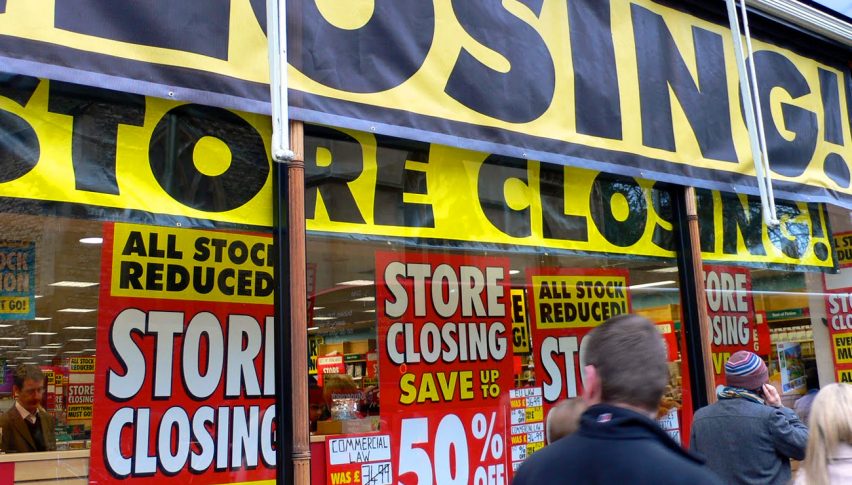 Financial markets were a bit hungover during the European session from the FED meeting yesterday. The US Dollar initially declined when the statement was released together with the rate hike, which took interest rates to 2.25% from 2.00%. The comment about the FED being accommodative has been removed, which means that the FED is heading towards or has reached a neutral stance regarding the monetary policy now. At first glance, this looks bullish for the USD because it means that the economy has reached a phase where it doesn’t need the FED to be accommodative. But at the same time, it means that the pace of future rate hikes might be slower now.

The FED chairman Jerome Powell sounded sort of hawkish in his press conference but he also added that the FED can increase interest rates, then stay on hold for some time and then hike again if the economic data supports it. But, this also raises the question of whether the FED is going to pause soon, which would be bearish for the USD. Anyway, the market was a bit confused but the impressive retail sales number in the US session got the market moving again and the USD found some more bids.

China Says US Undermines it – Chinese officials commented early this morning that China’s economy won’t collapse under US tariffs and threats and that China doesn’t interfere with other countries’ internal affairs.

Italian Budget Deficit – Lega Nord, one of Italy’s governing coalition said today that Italian Finance Minister Tria could be let off if he doesn’t fall in line. Tria wants the deficit to remain under 2% and his spokesman said that Tria won’t resign over disputes with two leading parties, but the citizen plan will likely push the ceiling above 2%.

German CPI Inflation – The German regional CPI (consumer price index) numbers started coming out this morning and they all were well above expectations. So, it wasn’t a big surprise when the overall German CPI number came at 0.4% against 0.1% expected. The yearly CPI number jumped to 2.3% from 2.0% previously.

Eurozone M3 Money Supply – The M3 money supply, which represents cash in circulation and bank deposits, declined from 4.5% last month and this month it was expected to decline to 3.8%, but it fell even more to 3.5%.

Saudi Arabia and Other OPEC Members Discuss Output Increase – Saudi officials commented that they have discussed increasing Oil output with other OPEC members. Iran doesn’t like that other OPEC members share its quotas after the US sanctions come into effect, but Saudi Arabia is an eternal foe so they might go ahead with the increase.

Brexit Comments From EU – EU’s Brexit negotiator said a while ago that they are continuing to work for an orderly Brexit, but the European Commission spokesman said that the EU is prepared for any Brexit scenario. A deal looks very difficult now.

US GDP – The final GDP reading came as expected at 4.2% for Q2. This is the fastest rate of growth for any quarter in the last four years. But, the USD ignored the GDP report as the retail sales report was released at the same time.

US Unemployment Claims – US unemployment claims increased slightly to 214k against 210k previously. The 4-week average was also revised a bit higher but nothing to hurt the US Dollar.

US Wholesale Inventories – Wholesales inventories increased by 0.8% in August against 0.3% expected. This will likely increase the GDP for Q3.

US Trade Balance – The US trade deficit was expected to decrease from $72 billion to $70.6 billion. But it increased to $75.8 billion. It seems that the trade war that Trump has opened on many fronts is not working out that good.

US Durable Goods Orders – Last month, durable goods orders declined by 1.7% which was revised lower today to -1.2%. This month they were expected to grow by 1.9% but they posted a massive 4.5% increase. Core durable orders missed expectations coming at 0.1% against 0.5% expected, but the USD went with the headline number.

US Pending Home Sales – Pending home sales were expected to decline by 0.5% this month but they posted a 1.8% decline, so it has been a mixed bag regarding the US data today.

Trudeau is Confident About NAFTA – The Canadian Prime Minister Justin Trudeau said that he is still very positive about a good NAFTA deal. Although, the Canadian Dollar has declined on the NAFTA fallout and I think that it will be difficult to reach such a deal. 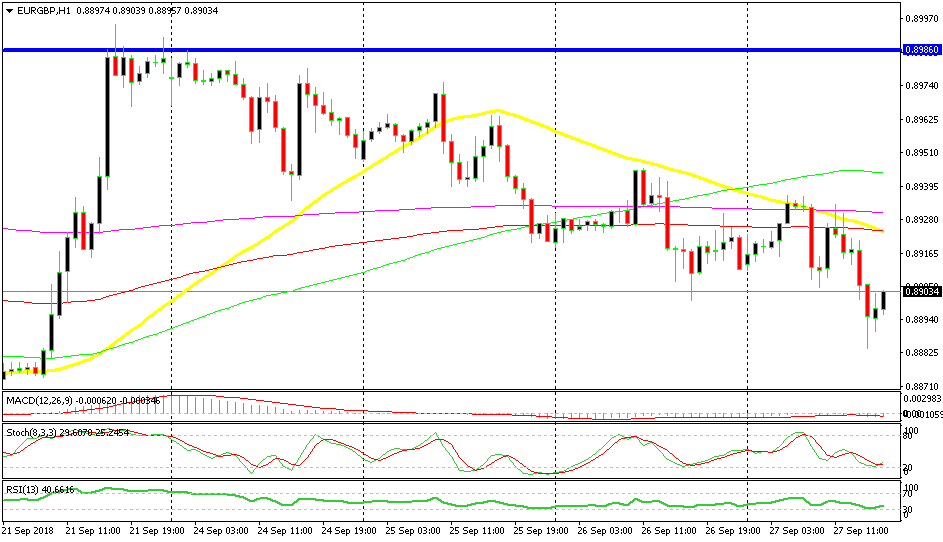 EUR/GBP has turned bearish this week after jumping higher last Friday. Although, we won’t just sell this pair right now because it is making a retracement higher right now. We will wait until the retrace is complete which will be when the stochastic indicator becomes overbought. The 50 SMA (yellow) has turned from support to resistance now and once it catches up, the price will reverse back down.

The FED meeting is over now but the effect is still lingering in the forex market. The USD is in slight demand right now but that is due to the positive retail sales report. Overall, the market is still confused as to what direction it must take now.