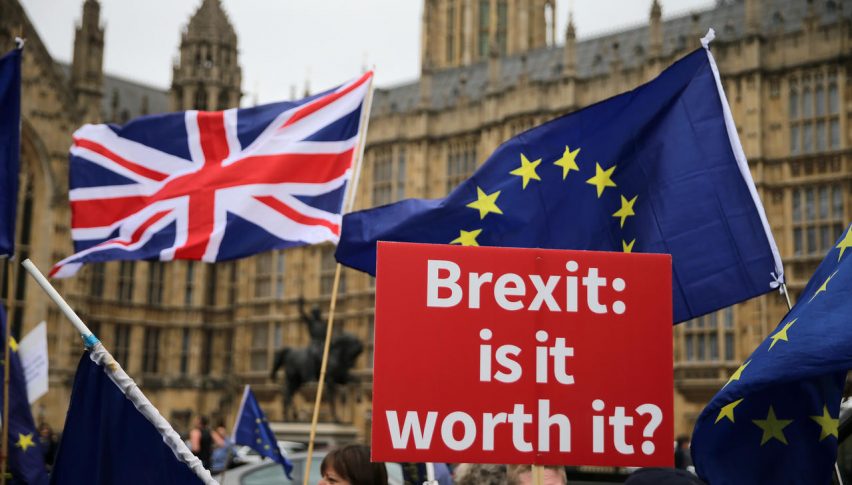 Is really Brexit worth it?

The Brexit headache has been going on for two years now since the British people voted to leave the European Union in June 2016. Everyone has heard about it in all corners of the world, regardless of being involved in financial markets or not. It was a shock for everyone inside or outside the country, even for those who voted Leave. Not to beat my chest, but I did predict it to some degree. I remember posting an article (or two) a few days or a few weeks before the referendum (can’t recall exactly) and I said that from personal contacts within the country, the number of people who were for Brexit was considerable. More than half the people I knew were for Brexit but were intimidated to accept it in the polls, but I just don’t have the links to prove it.

Anyhow, it happened and we have seen how it has unfolded so far. In the beginning, Theresa May took the government even though she was a Remainer. It didn’t make sense to me how a Remainer could lead Brexit and I can’t fathom how the Tory Party voted her. As I digress, the first cabinet meeting on Brexit took place and the media discovered that the goal of negotiations with the EU was to “Have the cake and eat it”. We don’t exactly know what they meant by that, but it was something on the lines of cutting out free labour movement (of Easter Europeans) and leaving the EU Justice Court, while retaining full access of the common EU market. Those comments from Theresa May were ridiculed over the media, but the UK Government nonetheless decided to push with their plan which was then put in paper as the Chequers Plan/Draft.

But, Theresa May’s government forgot one important issue, the border between Northern Ireland and the Republic of Ireland, or they took it too lightly. Or perhaps, they just didn’t have a plan for that since they don’t have a plan for it yet. But, that was the deciding factor as it now appears, and May’s government has tried to blame the EU for not finding a solution to it. The thing is that neither the EU nor Ireland wanted this to happen, Britain did, so they have the burden of finding a solution for it. But, a solution is extremely unlikely since it would divide the two Irelands. The Chequers Plan didn’t exactly find a solution for this problem so the EU refused it in what seemed to be a bit of an ambush. But, that’s what you get when you are in a bubble of your own making. The GBP turned bearish the next Monday and it has been bearish since then.

Although, the losses haven’t been too great since there is another chance for a deal. The next chance for a deal is in the third weekend of October. The EU summit in October will be the last chance to present another proposal for Theresa May. But, the chances are slim considering they couldn’t come to an agreement in two years. Although, the GBP is hanging in limbo since traders are fearing or hoping for a last minute deal. But again, it seems highly unlikely that this happens. If nothing certain is provided from May’s cabinet until the last week leading to the EU summit which starts on October 18, then we can start selling the GBP even before the summit, because on the other hand, the EU doesn’t want to give the impression that you can have whatever you want leaving the EU while having no obligations. There is a possibility for a last minute meeting in November if nothing is agreed in October, but that would be a desperate move, so I expect nothing from that summit. Just in case, we can close our short GBP trades if we hear anything about a possible Brexit deal as we approach the November meeting. It’s not that we will be married to our trades, many have wives already.

Pairs to Trade in A No-Brexit Deal Scenario

There is one last option: that the UK has general elections before the Brexit deadline in March next year. The opposition party, the Labour Party gets elected and Jeremy Corbyn will likely hold another referendum on Brexit. I know that Brexiteers will call this an attack on democracy, but in a democracy, you vote every four years, you don’t just vote once for a party which will then rule you forever. If we hear rumors about a possible election, then we must exit our GBP trades on the short side since it would be positive for the GBP, given the fact that there is a high probability of a reverse vote. But by then, we should have made quite a few pips.