The Reserve Bank of Australia (RBA) left its overnight cash rate on hold at 1.5% in October, maintaining the status quo that’s been in place since August 2016. The result was widely expected, both by economists and financial markets, which is why we haven’t seen volatility in the market.

Considering the trade war between the US & China, we can expect RBA to keep the rates on hold. As per Governor Philip Lowe, “The low level of interest rates is continuing to support the Australian economy.” It’s a dovish policy by its nature and can trigger sell-off in the Aussie. So let’s get ready to capture a quick trade. 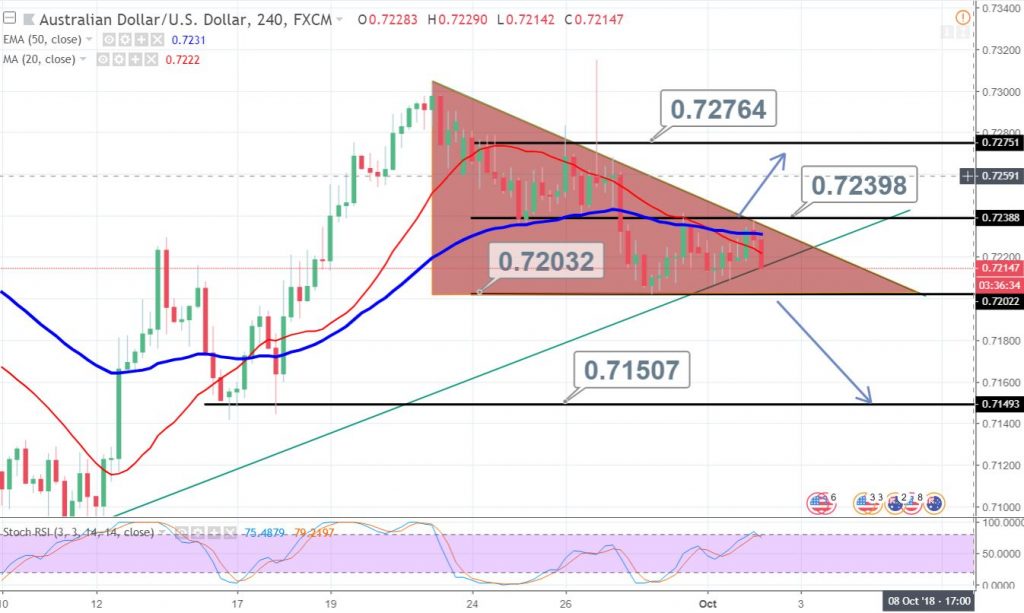 The AUD/USD is trading in a descending triangle pattern which is supporting the pair near $0.7205 and the violation of this can extend the bearish rally until $0.7150. Whereas, the failure to break on the lower side can help Aussie to go after $0.7235.