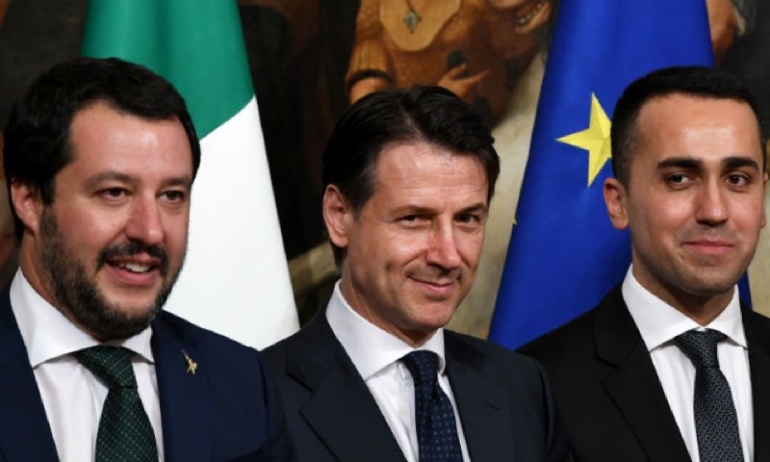 The three amigos are hurting the Euro again

Financial markets seem a bit agitated this morning again. On Friday, we saw the markets panic as stock markets tumbled lower after comments on the Italian budget for next year. Yesterday it was pretty calm and the sentiment improved, sending stock markets higher.

This morning though, we are seeing another wave of panic set in the markets and the stocks falling through an air pocket, although they are recuperating at the moment. The reason for this is Italian politics again.

Italy’s Lega Nord Borghi, who is also the head of the budget committee at the Lower House, said early in the morning that Italy would be able to solve most of its problems if it had its own currency, the Italian Lira. Well, Turkey has its own Lira and things are not going that great there. He added that if Italy wanted to confront the EU, they would set a budget with deficit at 3.1%, meaning that Italy doesn’t mean to leave the Euro.

He added a few minutes ago that it is in the programme of the government to leave the Euro, trying to calm the markets down. Markets are sort of used to this guy because he has made such comments before, but they did take a quick dive when the European session opened.

Cinque Stelle leader Di Maio also commented on the issue saying that the government won’t change the 2.4% deficit target and he doesn’t believe that there is a plot against Italy from the EU. The sentiment is still leaning on the negative side at the moment and Commodity Dollars are slipping lower together with the Euro.

Today is the day for the budget to be finalized in Italy and it will then be sent to the European Commission for approval. Italian Prime Minister Conte will meet with ministers later today, so we will see how this ends up, but the market confidence is not well right now.