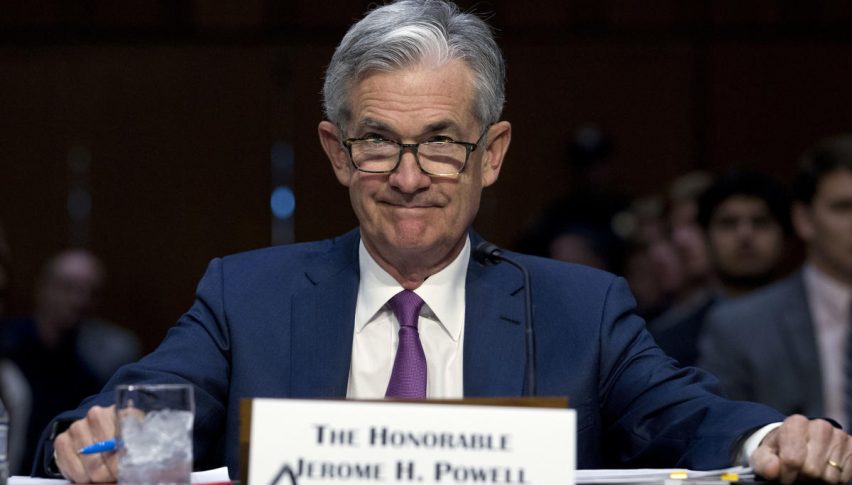 Yesterday in late US session or early Asian session, the FED chairman Jerome Powell held a speech about the monetary policy. The US Dollar had been on a strong uptrend all week and after Powell’s speech, it extended the gains and increased the pace of the uptrend. The main comments from him were along the lines of “Interest rates are still accommodative”, “Rates are a long way from neutral” and “rates will move past neutral”. What does this mean? It means that the FED will keep increasing interest rates further.

USD buyers got worried that the FED might have reached the neutral stance after the release of the last FOMC statement, but now we have the FED head confirming that the FED will keep increasing interest rates for quite some time to come, whether Trump likes it or not. The USD remains the only currency to buy now, if we only take into account the interest rates. Oh, and the economic growth since the US economy is growing faster than the Eurozone economy, the British economy and, of course, the Japanese economy. The USD jumped 50 pips higher yesterday in the evening although, it has been retracing lower during the European session, but it is only a matter of time before USD bulls become active again.

Italians Trying to Calm the EU Again – Yesterday we heard Italian politicians trying to convince Europe that they have finances under control, saying that they will reduce the deficit in 2019 and 2020 by increasing economic growth. Today, the deputy Finance Minister Garavaglia said that the government has set the growth targets for the next two years at 1.6%. That is not much and it won’t help convince the EU.

Markets and the ECB Agree on the First Rate Hike for Rehn – The ECB member Olli Rehn said today that market expectations about the first rate hike are consistent with ECB statements. He added that key interest rates will remain as they are until September 2019, which is a little later than what the consensus was. We thought it was going to be next summer, so this is a little dovish for the Euro.

German Construction PMI – This indicator fell to 50.2 points which is almost flat, from 51.5 points previously. It shows that the growth of Eurozone economy continues to remain soft throughout the continent.

Saudis Try to Excuse Themselves for Higher Oil – The Energy Minister of Saudi Arabia, Al-Falih, said this morning that fundamentals aren’t behind the increase in Oil prices. He added that the geopolitics are feeding the market frenzy and Saudi Arabia has increased Oil exports to the US. US sanctions on Iran surely is a fundamental factor, isn’t it?

New Proposal on Irish Border Makes A Deal Possible – These were the comments from an unknown EU source for Reuters this morning. The source also said that new proposal on the Irish backstop border issue is a step in the right direction.

“We Haven’t Seen Anything” Says Ireland – The Foreign Minister of Ireland Coveney popped up pretty quickly after the previous comments on Reuters saying that the UK hasn’t placed any official proposals on the table. He added that real progress is needed on the border issue and that the UK has to offer new proposals by next week before the EU summit.

White House Economic Advisor Sees USD As Steady – Larry Kudlow said a while ago that his sense is that the US Dollar has been steady and stable. Well, it is a bit relaxing since the FED wants to hike interest rates but on the other hand, the US President Donald Trump wants a weaker Dollar.

CAD Ivey PMI – This is an indicator collected from business purchase managers. It has been at around the 60-62 levels for several months and it is expected to come at 62.3 points today, slightly higher from last month.

US Factory Orders – US factory orders declined by 0.8% last month, after having increased in the previous two months. Today, factory orders are expected to increase by 2.2%, which would be really positive and would probably help the USD resume the uptrend. 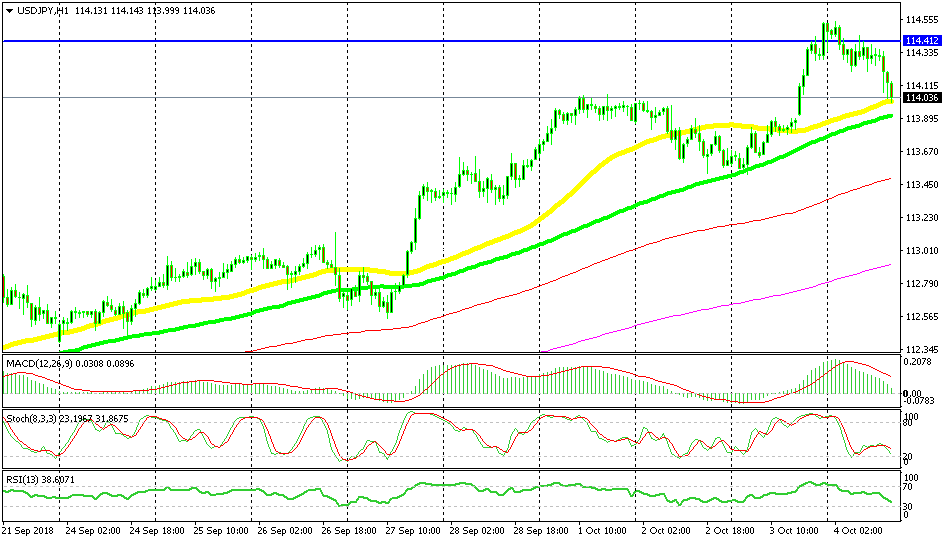 The 50 SMA is holding the decline today

We just open a signal in USD/JPY. We bought this forex pair during the retrace down. We think that the retrace will likely be over soon because stochastic is oversold on the H1 chart. Besides that, the 50 SMA (yellow) is providing support and in case it goes, the 100 SMA (green) will take its place since these two moving averages have been defining the uptrend during this time.

The retrace in the US Dollar is stretching further in the US session. The fundamentals and technicals point to more upside momentum for the Dollar, but the market which is bearish for the USD at the moment, might get carried away, so trade with care guys.