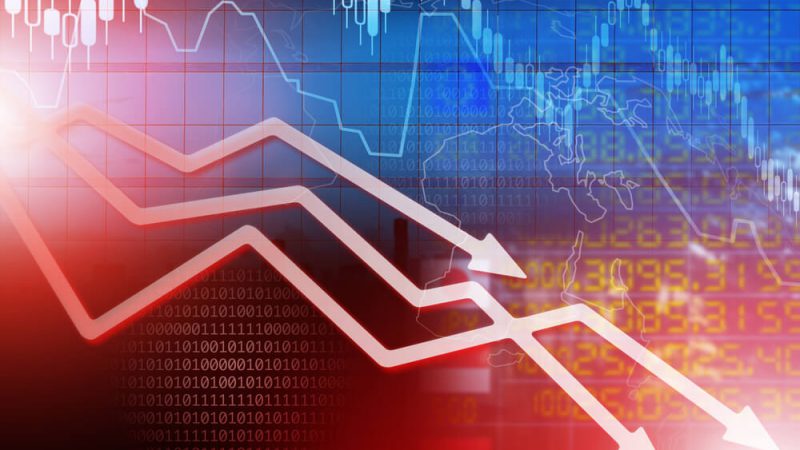 Last week, the sentiment turned sour in financial markets but we didn’t see a run for safe-haven assets until the end of the week. This week, the sentiment is already pretty negative and it is expected to deteriorate further as we approach the last EU summit for the year. This will be the last chance to get a Brexit deal on the vote, so Britain and the EU have to reach an agreement by then. Although, from what we have heard today, both sides are far from reaching an agreement on this sensitive issue. The UK PM spokesperson said that the backstop would be temporary, which raises questions about what happens next when the temporary period is over. He also said that the EU still needs to move its position in negotiations, which I don’t think the EU will, so no deal then.

Another issue to be taken care of at the EU summit will be the Italian budget for 2019. Italy wants the deficit to be at 2.4% of the GDP but EU officials have commented against it, so that is another risk factor for financial markets. As a result, the sentiment is deteriorating as we approach the summit and the JPY is seeing some decent bids. Although, Gold has lost around $20 today, which seems strange. We must get used to this now because Gold has been behaving quite strange lately.

German Industrial Production MoM – Industrial production has been declining in the last four out of five months in Germany and last month, it was revised lower to -1.3% from -1.1%. This month, industrial production was expected to grow by 0.4%, but it declined again by 0.3% this time. The trend doesn’t look good.

Eurozone Sentinex Investor Confidence – The sentinex investor confidence has turned bullish since June, but last month it softened again. This month was expected to fall to 11.4 points from 12 previously and the actual number came as expected.

Dovish Bullard – The Saint Louis FED president James Bullard was in Singapore today and his comments kept coming one after the other. He said that surprise economic growth allowed for rate hikes from the FED. But, he added that higher interest rates are no longer necessary and we have entered the lower end of the neutral stance. These are very dovish comments, but Bullard is a dove, so this is expected from him. The FED remains pretty bullish and the odds for another rate hike in December stand at around 75% at the moment. He added that we shouldn’t read too much into the jobs numbers as before. That makes perfect sense since lower unemployment is not pushing wages and inflation higher.

Severe Oil Shortages Says Iran – Iran’s Oil Minister Zanganeh sees severe Oil shortages in the coming months and he added that Saudis are supplying the market from their reserves. Oil is more than 1.5% down today nonetheless.

Juncker and Moscovici Have Ruined Europe – Italian Deputy Prime Minister Salvini said earlier on that Italy is trying to change Europe from within unlike the Brits but EU officials are ruining it. He hopes that the 2019 elections for the European parliament should change that. I think that we might see a wave of right-wing and unconventional political parties in the European parliament next year from what I have seen or felt.

An Irish Border Deal By next Weekend Seems Unlikely – UK PM spokesperson James Slack said today that big issues remain to be resolved with EU on a Brexit deal which is, of course, the Irish border issue. The UK doesn’t have a date for the next proposal so it seems pretty difficult at this point.

ECB Will Discuss Timing of Rate Hike on January – ECB’s Knot said a while ago that the ECB will start talking seriously about moving interest rates by January. But the rate hike might come later or earlier than guided.

Brazilian Markets Encouraged by Bolsonary Advance – Jair Bolsonaro won nearly half the votes on the first round, so he is set to take the presidency. As a result, USD/BRL has fallen to the lowest levels since August.

Market Will Understand the Plan – The other Italian deputy Prime Minister Di Maio said that markets will understand their plan for the budget. But the stocks are still sliding so I don’t think they do.

Explossion at the Largest Oil Refinery in Canada – There was a huge explosion at the Irving Oil refinery in Canada which processes 300,000 barrels/day. We don’t know yet whether this is just an incident or if it is a terrorist attack, but Oil has spiked more than $1 higher on the news. 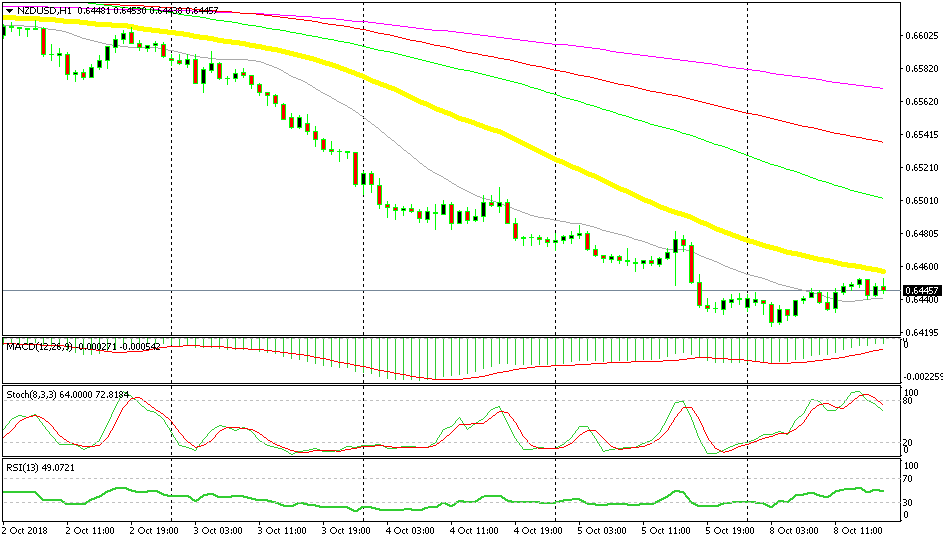 The 50 SMA capped the move higher during the retrace

We just open a signal in NZD/USD. We sold this forex pair during the retrace up once we got confirmation that the retrace was complete. We used the stochastic indicator to show us when it was overbought, which meant that NZD/USD was overbought and it is now turning bearish. That happened at the same time when the 50 SMA was providing solid resistance on the top side. Besides, the previous candlestick formed a bearish engulfing pattern on the hourly chart which is a reversing signal.

The market is strongly bullish on the USD today and even more so towards the JPY as the market sentiment turns more negative. But, don’t rule out spikes and quick reversals during such market conditions.