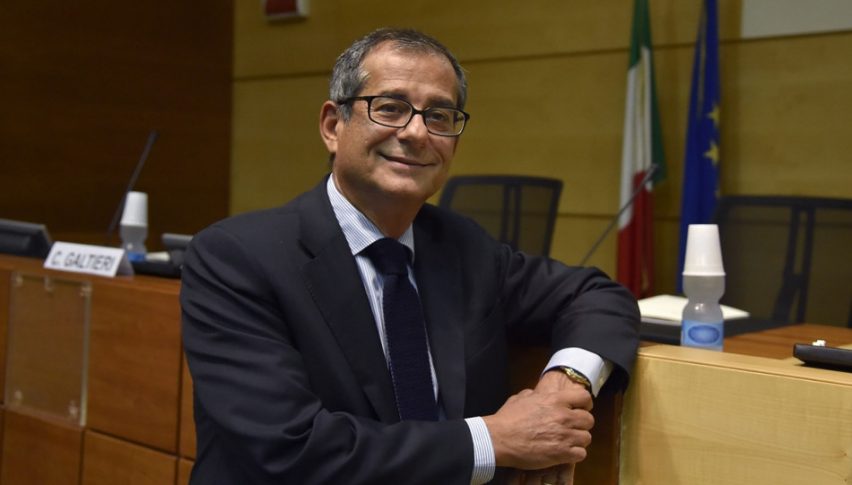 Stocks Resume the Decline After Tria’s Comments on Budget

Stock markets have been trading on a bearish trend since last week, with European stock markets leading the way. One of the reasons for this is the failure to reach an agreement between UK and the EU on Brexit.

But the main reason is the Italian budget deficit. The deficit for next’s year’s budget is supposed to be at 2.4%, although the European officials have commented negatively on it, so it seems difficult that it will go through the European Parliament when Italy presents it next weekend.

Although, late in the day yesterday and when the European session opened today, stocks made a small retrace higher as market sentiment improved a little. But now we are seeing that stocks are on the slide again and the reason for this is again Italian politics.

Here are some of the comments from the Italian Finance Minister who addressed the Parliament a while ago:

EU officials were hoping that Tria would take their side and they have been trying to persuade him last week. But it seems that he is standing by the Italian Government and he made it clear with the comment about next year’s budget deficit.

As a result, stocks have resumed the bearish trend once again and they are looking to break below yesterday’s lows. So, it is better to be bearish on stocks until the trend shifts to bullish again. But, I don’t think that will happen until the last week of October, as the EU summit will take place by the end of next week.