Forex Signals US Session Brief, October 16 – No Brexit and No Green Light for Italian Budget but Markets Keep the Positive Tone - Forex News by FX Leaders 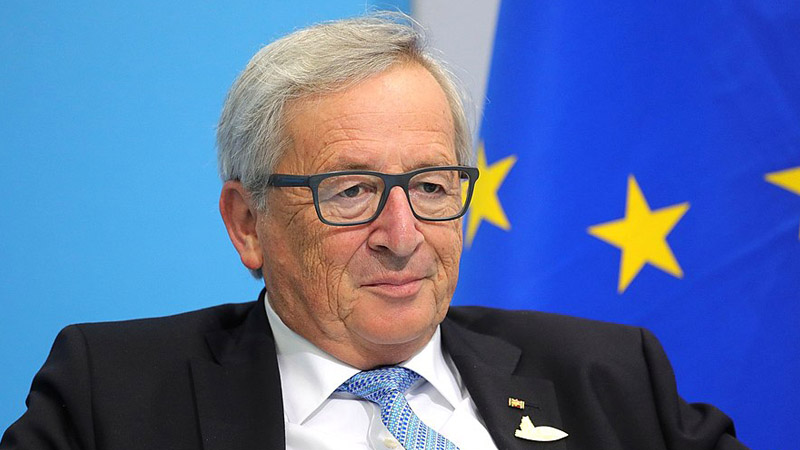 Forex Signals US Session Brief, October 16 – No Brexit and No Green Light for Italian Budget but Markets Keep the Positive Tone

Today we got a little bit more light being shed on the Brexit and the Italian budget issues that have been haunting financial markets in the last two weeks. We had comments coming from European officials implying that this week’s summit isn’t going to bring both parties involved into an agreement. Some voices are pointing to a flash December meeting to sign off the deal if we have an agreement by then. But, judging by comments by UK and Irish officials on the Irish border issue, a deal will still be difficult since they will still raise the same problems two months from now, geography won’t change.

The GBP didn’t seem to mind the negative comments today and one of the reasons for that was the positive average weekly earnings report from the UK. The earnings increased again today, which makes this the second positive month after several soft months. So, the bearish trend for wages seems to have shifted now.

Italy handed out its budget proposal to the EU today. But, it looks increasingly unlikely that the EU will accept it as Juncker said that the Eurozone would revolt if the EU approves Italy’s budget. Nonetheless, the sentiment remains positive in financial markets with stock markets retracing higher.

Italy Hands Out Draft Budget For 2019 – Italian passed their budget draft yesterday amid some tax amnesty disputes and today the EU confirms to receive the draft, which will have to be approved by the EU now. The problem will start after the EU rejects it, if it does.

UK Average Earnings Index – The earnings increased for the second month in a row in UK, from 2.6% previously to 2.7%. Ex-bonus earnings increased as well from 2.9% to 3.1%. This is the fastest increase since February, which gave the GBP a boost.

EU Not in A Position It Wants to Be on Brexit – A senior EU official said that Theresa May’s overnight comments show that a Brexit deal could be harder than expected. So, the November meeting might be postponed for December now.

Malmstrom Puncing back at US Tariff Plans – The EU Trade Commissioner Cecilia Malmstrom said that the EU cannot just stand back and watch if US decides to place tariffs on European cars. She added that Trump’s rhetoric is not helpful. By the way, White House administration is preparing a plan for tariffs on European car imports.

Eurozone Trade Balance – The trade surplus increased for the Eurozone from 12.6 billion to 16.6 billion. That looks positive after the trade balance has been decreasing for months.

ZEW Economic Sentiment – The Eurozone and the German ZEW economic sentiment deteriorated in early summer, but it improved in August and September. Today it was expected to come at -9.2 points from -7.2 points last month, but it came at -19.4 points which takes us back to the bad times.

Juncker Puts Cold Water on Italian Budget Plans – The President of the European Commission Juncker said a while ago that the Eurozone would revolt if the EU approved Italy’s budget. This is as close as it gets to an official response from the EU, so we’ll see what the Italians will do.

2 Brexit Sticking Points for May – The British PM commented minutes ago that UK and the EU have made progress in a lot of areas but there remain sticking points in two areas. She said that they cannot accept a border across the Irish Sea and the UK would avoid any situation which would keep the UK in the backstop against their will indefinitely. So again, no deal then.

US Industrial Production – Industrial production is expected to increase by 0.2% in the US as the report gets released shortly, half of what it grew by last month. Although, the trend is still positive.

JOLTS Job Openings – Last month, the JOLTS job openings increased by 6.94 million, from the normal trend at around 6.60 million. Today, this indicator is expected at 6.90 million which is still above the normal trend, so perhaps this will be the new normal now.

US Business Inventories for August – Business inventories grew by 0.5% in August as expected. This should increase the GDP reading for Q3 when it gets released.

US Economy Can’t grow by 3% For Yellen – Ex FED chair Janet Yellen said a while ago that it is terrific that the economic growth stays at around 3% for the year, but she doesn’t think that will last. She also said that the FED should keep hiking rates until neutral. 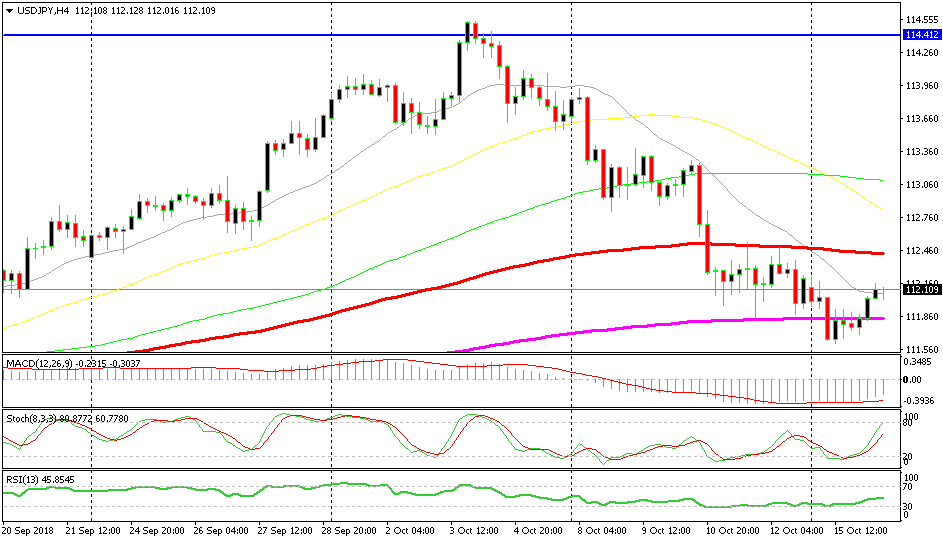 The 100 SMA should provide resistance

I posted an update about USD/JPY earlier this morning, but we haven’t gone short on this pair just yet. We are waiting for the price to reach the 100 SMA (red) which should provide some solid resistance. Stochastic is almost overbought, so it will be well overbought by the time we reach the 100 SMA.

The main trend continues to remain bearish and despite the slightly relaxing tone in financial markets today, the sentiment is very vulnerable and it can shift pretty quickly, which would send USD/JPY tumbling.

Markets seem more relaxed today as risk currencies such as the NZD, AUD and GBP are climbing higher while safe havens are being sold. Although, keep a close eye on the markets because I have a feeling that someone will say something which will panic markets once again. Or just follow us for live forex updates and forex signals.