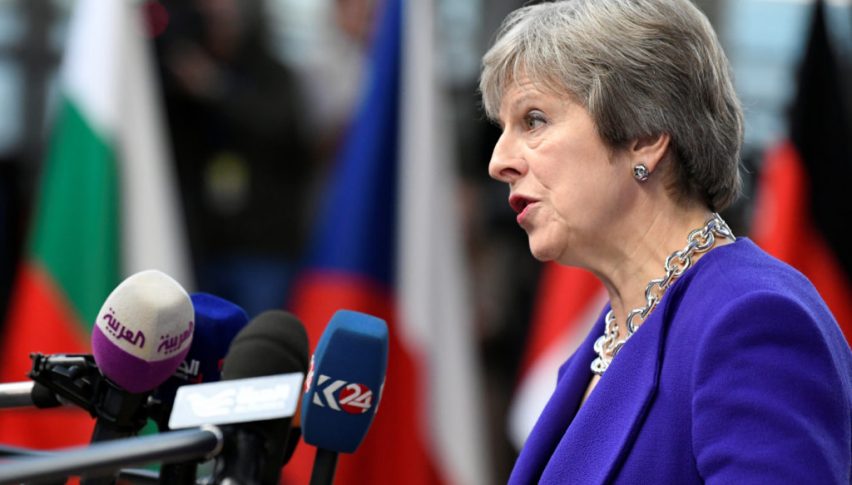 PM May may reach a Brexit deal after all

But, those odds are just a bit lower now. British Prime Minister was on call a while ago with 100 CEOs and she apparently told them that she is committed to a Brexit deal in Autumn. That didn’t convince the GBP traders much but rumors later did, at some degree.

There were rumors that Theresa May is ready to give up on one of main demands so the Irish border problem can be resolved. We don’t know which key demand. The Conservative Party which she belongs to has opposed any infinite backstop Irish border, so if she has promised to drop the demand for time limit on the backstop,  then she will probably be voted off.

That wouldn’t be good for the GBP, but the GBP has rallied. Or perhaps she has convinced the Tories that this is the only way. The EU surely won’t back down from the demand for an open Irish border. Or perhaps, she might have promised something else, but it is hard to imagine what else she might have promised to get a Brexit deal, because this is the main issue that Brexit negotiations have been stuck. Anyway, GBP/USD jumped around 00 pis higher, but it has lost some of the gains now. We will see if we can find something else on this issue.

USD/JPY Flirting With the 50 SMA, As Safe Havens Decline
3 hours ago