The WTI crude oil rose higher to test $69.85 but failed to break above this level. It’s mostly due to the fact the demand for crude oil has dropped over the US-China trade war.

Today, the oil prices got boosted by nervousness over a worsening diplomatic crisis between Saudi Arabia and the West, just two weeks before US sanctions likely drown off Iranian crude supplies.

In addition to this, the US sanctions on Iran’s oil sector start on November 4 and as per the market sentiment, up to 1.5 million bpd in supply could be at risk. As a result, crude oil may show an additional buying in upcoming days. 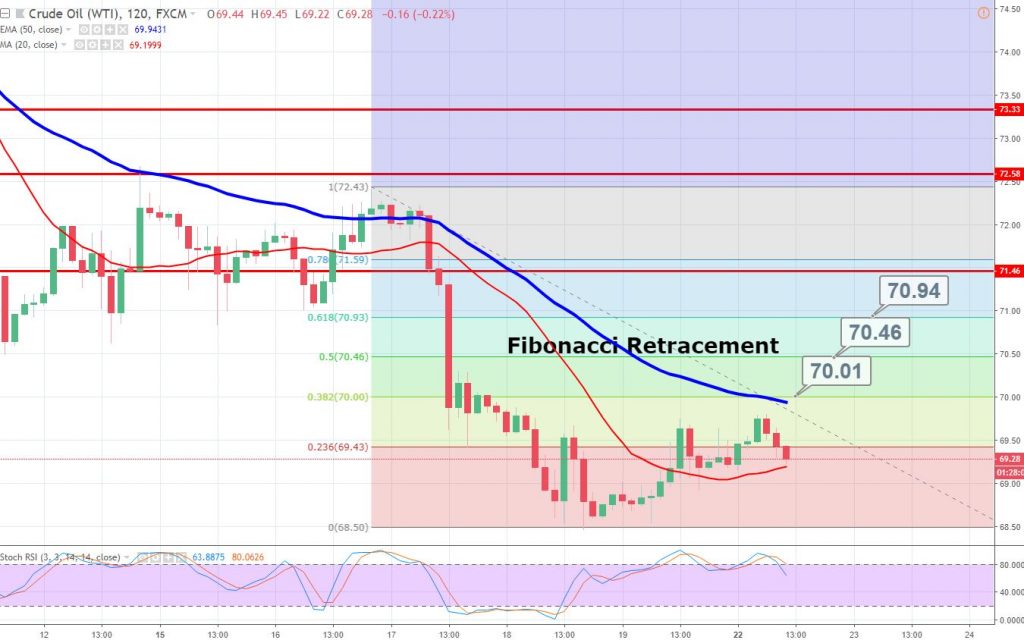